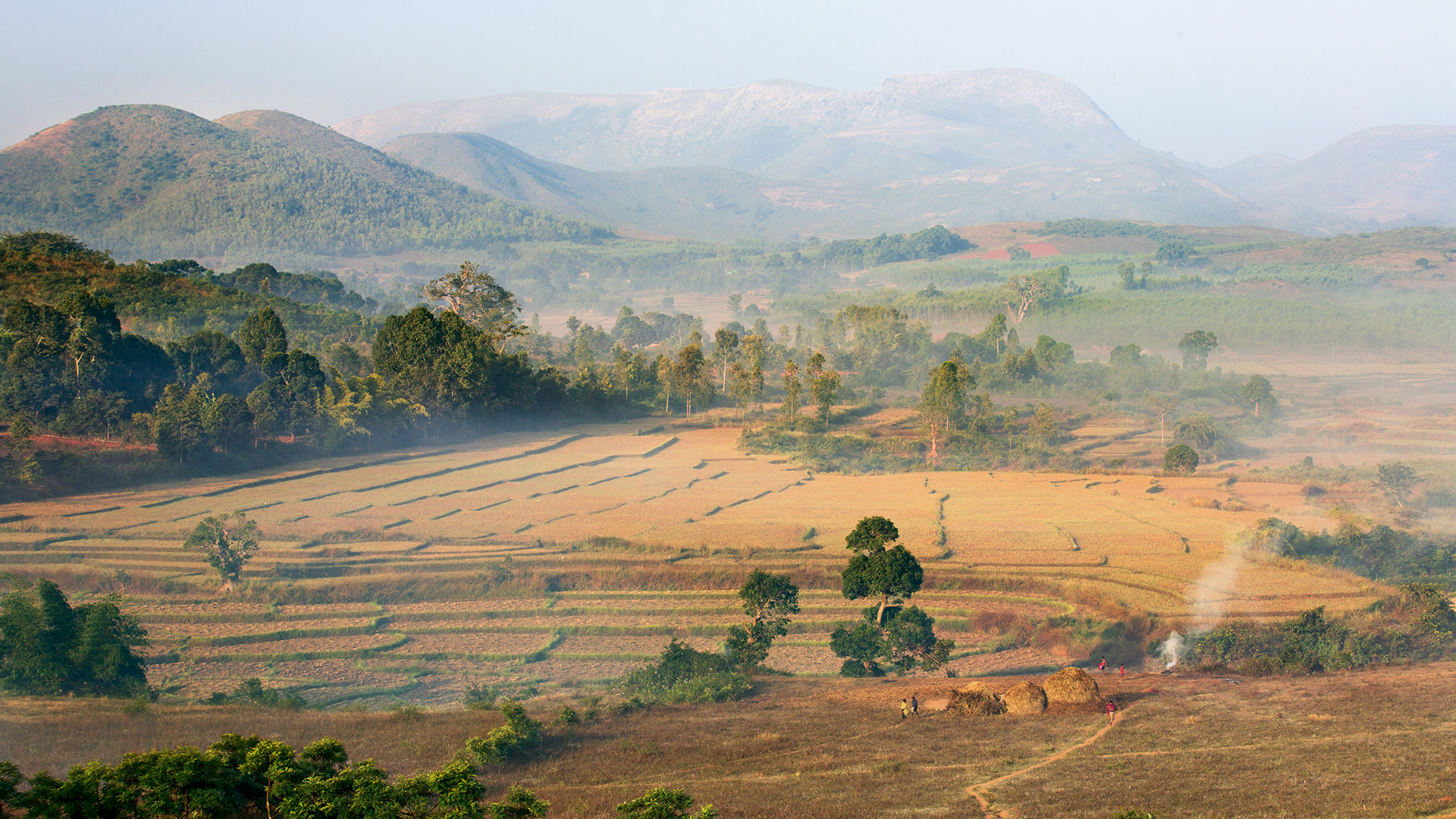 This article is an awesome description of rural tourism in odisha by Chandrahas Choudhury. Provided below are a few excerpts and the link to the full article, a must read for everyone.

Rural tourism provides travellers the opportunity to experience first-hand the unique rhythm of India’s villages, its people, crafts and traditions

perhaps the journey to the market was a moment to remind themselves of the beauty and hardship of their land. The narrow, but good, roads of Koraput (on which, more later) lead through a gently undulating landscape, hill and valley, hill and valley, red and green and straw-coloured, like the endless variations on a theme produced by a musician in love. Driving through them—and sometimes one does not pass another car for many kilometres—brings on a strange state of peace and pleasure, especially as one watches the clouds above and their shadows drifting over the slopes like cows grazing. The low mountains have long been domesticated, their gentle inclines cut painstakingly into terraces where the tribals sow mandia (a local millet) and olsi (a local oilseed), and at the bases, paddy. More recently, on the flats between the slopes, groves of tall, thin eucalyptus have come up, a cash crop for the paper industry.

When I stopped to enter the paddy fields, the standing crops being harvested laboriously by rows of bent figures with sickles, I was reminded afresh of how much hard work it is to produce food (while in the cities, we tend to think of cooking as the burdensome task). In many villages, a pleasant burbling also often reached my ears: the sound of the perennial streams running down from the mountains and guided into village fields by neat channels. Schooled by Hindu religious life, the eye searched in vain in the villages for the usual temple or shrine, the faces of deities. Depending on your perspective, religion here was recalcitrant, or more all-pervading. As one of the tribals said to me, “Nature itself is our deity.”

A warm Australian accent suddenly spiced the air: Leon Mahoney, the force behind Chandoori Sai. A grizzled, voluble Australian in his early sixties, Mahoney set up in Koraput 10 years ago because “by that time I’d driven three hundred thousand kilometres around India and never come across another place as beautiful as this.” He could have just built a house; instead, he built a business……

Going against the received wisdom that Koraput was too remote and backward for luxury tourism, Mahoney set out to source locally for the hotel and to hire and train staff within walking distance of the place. Local artisans fired the russet-red tiles that give the establishment such a regal appearance. But the ceiling beats the floor. Visitors who settle down to read or eat in the main hall look up at an ingenious false ceiling of colourful saris strung out across lines and hooks, simulating the undulating curves of the Koraput landscape. The large, airy rooms are tastefully appointed and lack nothing for modern amenities; their porches open onto a lawn that offers excellent views of the nearby mountains in the day and the stars at night. It’s a place worth going a long way for…..

But Chandoori Sai offers much more than elegant diversion in a uniquely Austro-Odia cast. It is also a gateway into the experience of a different Indian imagination: of space and time, work and water, religion and the animal world, the self and society. In partnership with Grass Routes, a travel company that specialises in Odisha and sustainable tourism and designs tours that take the questing traveller well beyond the usual ‘Golden Triangle’ of Bhubaneswar, Puri and Konark, the hotel serves as a window into the lives and worlds of the tribal communities of the region—mainly the Paraja, Kondh and Mali—and of other communities practising traditional Indian arts and crafts……

As India urbanises on a scale matched only a few times in history, our society is experiencing a corresponding contraction in our imagination of the rural. The city understands the village only on its own terms: as a provider of labour and resources, as a place where civilisation and material comforts recede. But all the building blocks, all the small advances by which man reached his present place in the world, are back here, as is a rich streak of independence, of skill, of pleasure in earth and sky, work and play. As Koraput shows, village India has so much to offer. Take what help you can to get to its soul, and on the way back, don’t dust all the cow dung off your heels….

Link to the full Article from GQIndia