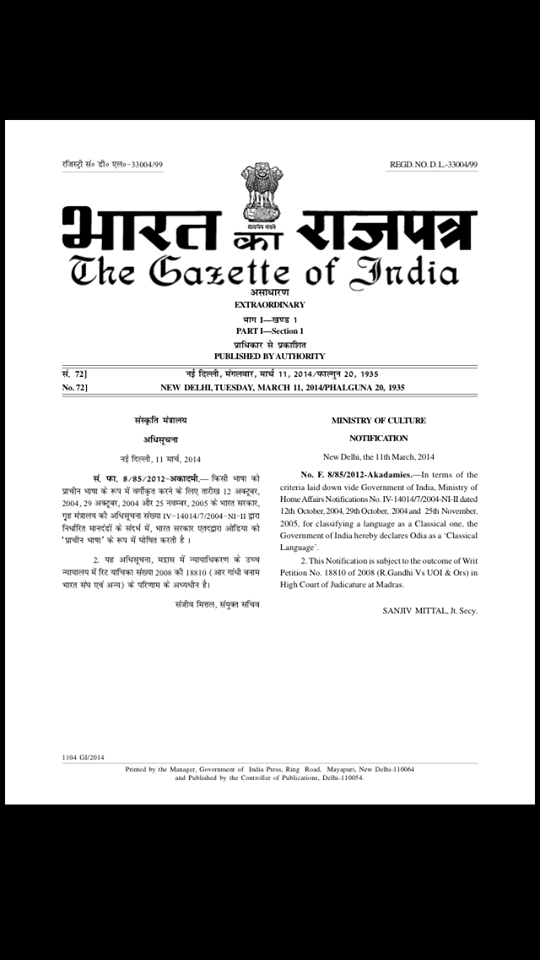 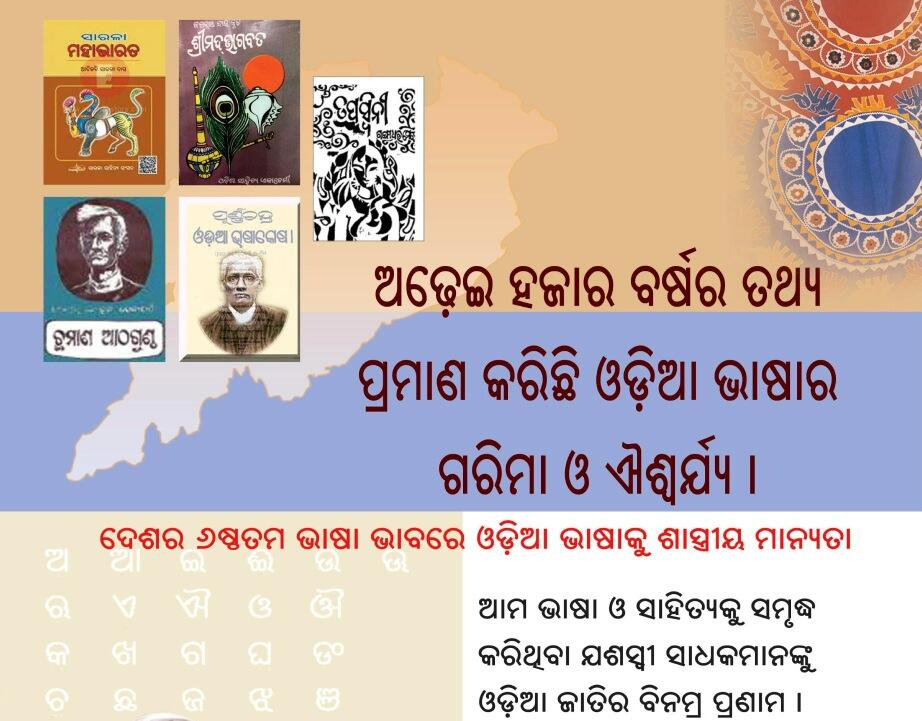 On this Day Odia Language became only 6th in India to Get Classical Status from Govt of India  . Odia is now in the same league with Tamil, Sanskrit, Kannada, Telugu and Malayalam. Odia is billed as the first language from the Indo-Aryan linguistic group and the case for making it a classical language was also premised on the fact that it has no resemblance to Hindi, Sanskrit, Bengali and Telugu. The proposal was moved by the Culture Ministry.

The criteria for declaring a language as classical mandates high antiquity of its early texts/recorded history over a period of 1,500-2,000 years, a body of ancient literature/texts which is considered a valuable heritage by generations of speakers and a literary tradition that is original and not borrowed from another speech community. Also since the classical language and literature is distinct from the modern, there can also be a discontinuity between the classical language and its later forms or its offshoots.