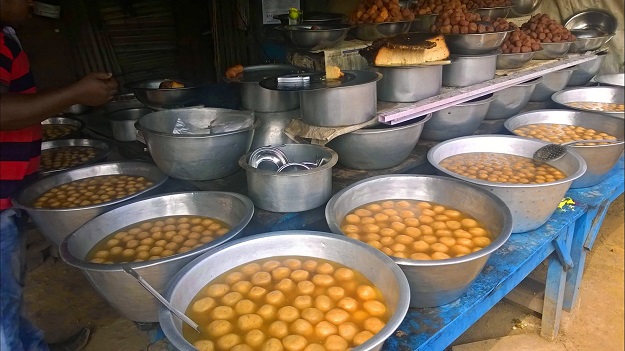 Odisha government has decided to set up a committee to finalise the process to apply for Geographical Indication (GI) status for the syrupy dessert Rasagola.

To be chaired by MSME Director (Industries), the committee would take steps for applying for GI tag for Rasagolla in favour of Odisha after collecting all relevant information, said an official on Sunday.

It would collect information regarding the list of Rasagolla producers of Odisha, specifications and ingredients of the confection, geographical area of production and different types of Rasagolla available in the state.

Both West Bengal and Odisha governments are claiming that their respective state is the place of origin of Rasagola, which is made from Indian cottage cheese.

The official said the committee would also collect information on the method of preparation with a pictorial flow chart and the uniqueness of Rasagolla in Odisha.

In the report to the state government, he contended that the sweet’s reference was found in Dandi Ramayana, a version of the epic adapted by Balaram Das in the 16th century.

The report claimed that the sweet was being offered to gods in mutts and temples for over 600 years.

Mohanty refuted the argument of Haripad Bhowmik of West Bengal that cottage cheese belongs to Bengal as they learnt the technique of its preparation from the Portuguese.

He said traditionally, Rasagolla is offered at the time of Niladri Bije, the ritual in which the deities are brought inside the temple from the chariots on the concluding day of the Rath Yatra.