‘One who has visited this district at least once in his life never forgets it.’ – that’s how the Government-funded website (created perhaps to popularise tourism and, to some extent, to appease owners of a few software start-ups) introduces Boudh to its visitors. After a recent unplanned visit to that place, for less than eight hours, I am convinced, that’s an apposite introduction! The scenic landscapes and greenery on the way to Boudh, especially when you approach it from Nayagarh, will blow you away if you are a Nature-lover. And if there’s aWordsworth in you, The Prelude might get its sequel! 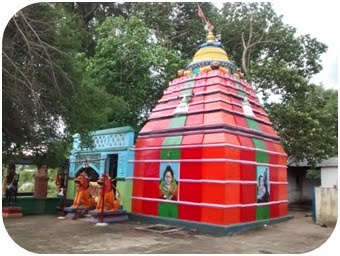 After offering our prayers at the Bhairabi Temple in Purunakatak (situated at a distance of 30 kilometres from Boudh town on Boudh-Bhubaneswar road), we thought of exploring the place a bit more. The temptation of taking a bath in the meandering rivulet that runs parallel to the State Highway was just too intense. As we crossed the road exactly opposite the magnificent gate of the Bhairabi temple and walked a few meters, we found two beautiful temples there: one old Shiva temple and a new Ram temple, amidst some huge trees. 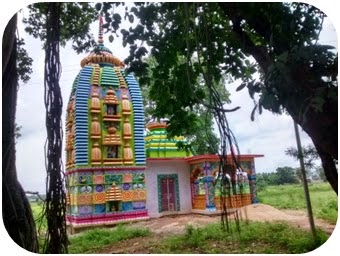 Fifteen minutes was all that we had for the deities there. We followed the hilly paths downwards and then what we saw was unbelievable. It was as if a beautiful canvas painting by an esteemed artist. The rivulet was flowing by like a gliding snake in the midst of sands and stones. The water was knee-deep for a long stretch and the valley was full of stones of almost all sizes. The flow of water was swifter than we initially thought. Therefore, the feel on our body while in water was so soothing an experience. I must say the place would be a photographer’s delight. 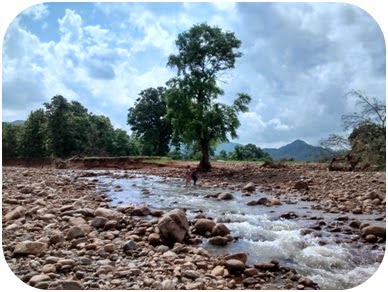 Our next destination was the Chari Shambhu Temple (the temple of four Shambhus or Shiva lingas). Located near Gandharadi, a village 16 kilometres away from Boudh, the twin temple of Nilamadhaba and Siddheswara is a monument to which the Archaeological Survey of India (ASI) has assigned historical significance. Constructed under the patronage of the Bhanja rulers of Khinjali mandala in the 9th Century A.D., these two temples were built on one platform and are exactly similar to each other. As ASI has taken it up for preservation, the beautification of the lawns around the temple complex is wonderful. The art and architecture carved on the temple walls are what you must not miss if you are there.Hats off to the artisans of Kalinga, the then Odisha! 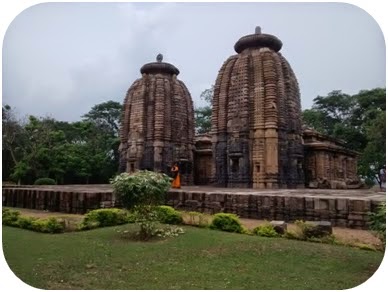 Ancient caves on hills often lure the tourists. And our next spot the Nayakpada Cave was no different. Located at a distance of 12 kilometres from Boudh town, this cave was said to have been associated with mythology. It is said that the Hindu devotees hid the idols of the Lords – Jagannath, Balabhadra and Subhadra – in these caves to save them from the Moghul attacks. According to the Madala Panji and many other historical references, Lord Jagannath was kept hidden for nearly 144 years inside this cave, and so this is also popularly known as Patali Shrikhetra, with reference to the present abode of the deities at Shrikhetra or Puri. As we climbed upwards following the tortuous pathways full of rich flora and fauna, we approached the cave. Inside it was the idol of a sage, who the priest there claimed as Rishyasringa. Before we reached the cave, we saw the idols of the Lords (Jagannath, Balabhadra and Subhadra) and a few more gods and goddesses on the way.

Even though the day was about to die and it was getting darker little too fast, we braved to climb a few furlongs further to see a small hut with a Sadhu inside. Wearing a warm smile, the Sadhu hailed us and answered patiently all the worldly questions that we had for him. The best one was when we asked, ‘Don’t you get afraid at night to stay alone here?’ Pat came the response, ‘Someone who has nothing would never be afraid to lose anything.’

On the way down, I was wondering if ever all of us would realize this gem of a fact! And on what better note would we have ended our trip?