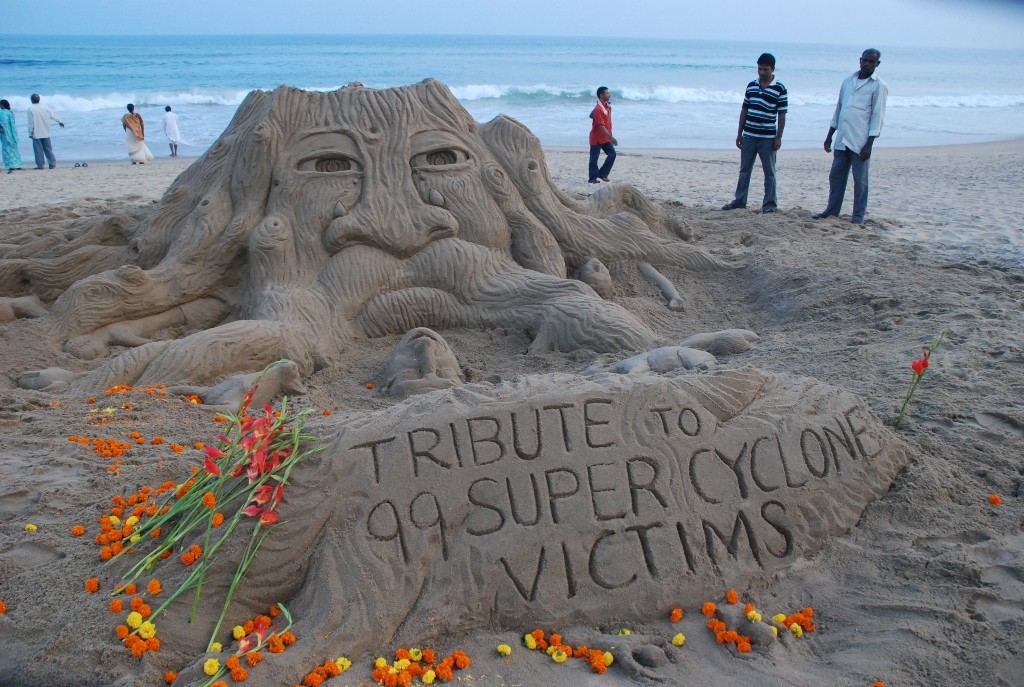 Odisha was battered by a SuperCyclone on 29 October, 1999 that made landfall near Paradip (43976). The estimated maximum wind speed reached 260-270 kmph in the core area which produced a huge storm surge that led to sea-level elevation of more than 20 feet and took away valuable lives of nearly 10,000 people. It was accompanied with exceptionally heavy rains which led to devastating floods and cut off the State from the rest of the country.

In the recorded history of cyclones for the State of Odisha, the Super Cyclone of 29-30 October, 1999 was undoubtedly the most intense one. It had some unique features such as rapid intensification, small radius of eyewall confining the large surge close to the point of landfall and relatively long life after landfall.

It struck the Odisha coast in the early hours of Friday on 29 October 1999 uprooting large number of trees, electric poles, devastating houses, human settlement and created wanton destruction. The districts of Kenderpara and Jagatsinghpur which were along and close to the track of the super cyclone were the most hit districts where alone 3.5 lakh houses collapsed