Medical Wikipedia is a mobile app which provides offline access to health information on Wikipedia. It is an instance of the Wikipedia arm of Kiwix.

On June 10th, 2015 Wiki Project Med Foundation and Wikimedia Switzerland launched an android app that contains all of the English Wikipedia’s health care content: including medical, anatomy, medication, and sanitation related articles as tagged by the respective WikiProjects. Since then, other language versions of the app have followed. 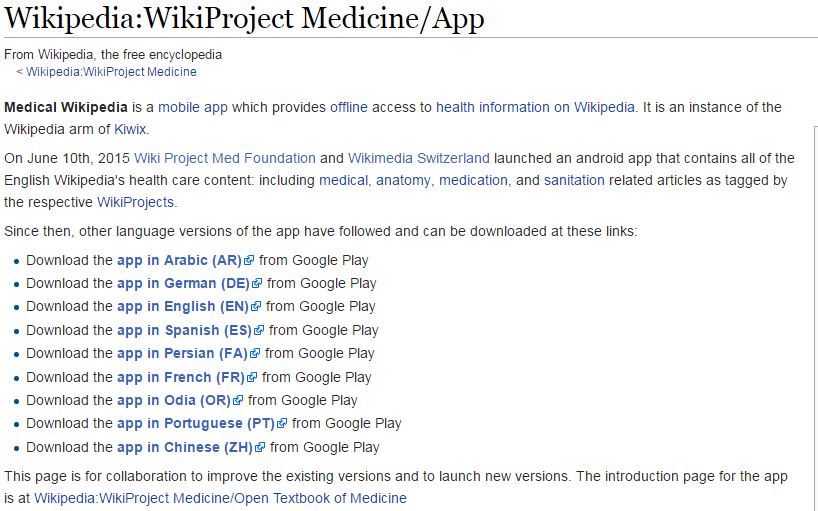 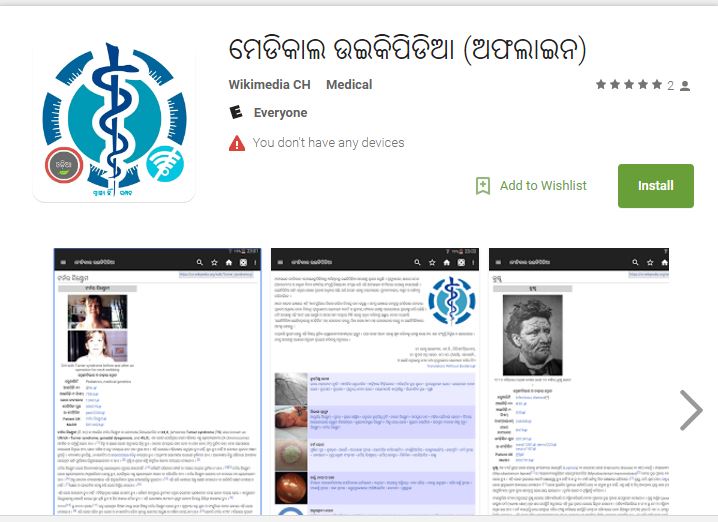 Till now 200+ medical articles in odia language has been uploaded In this app. More will be uploaded soon.the app gives basic idea about the disease. This app (size 58MB) is available in google play store. Once this app is installed, One can access the information about a disease without data charges.