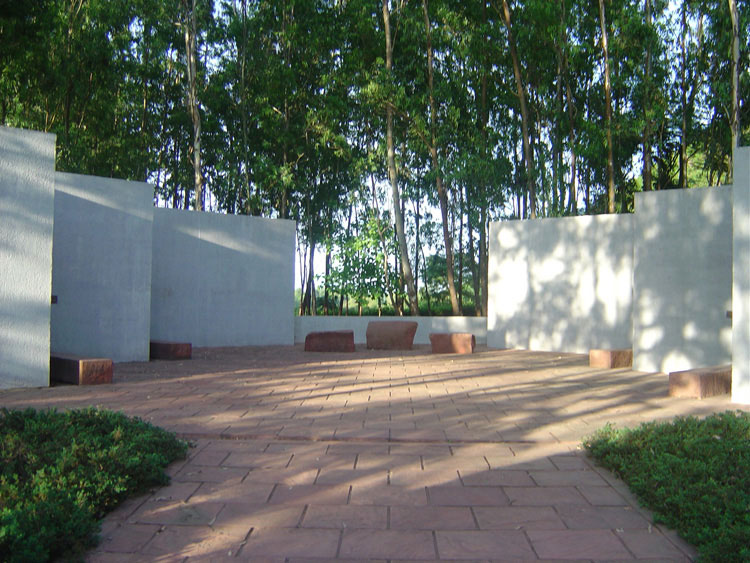 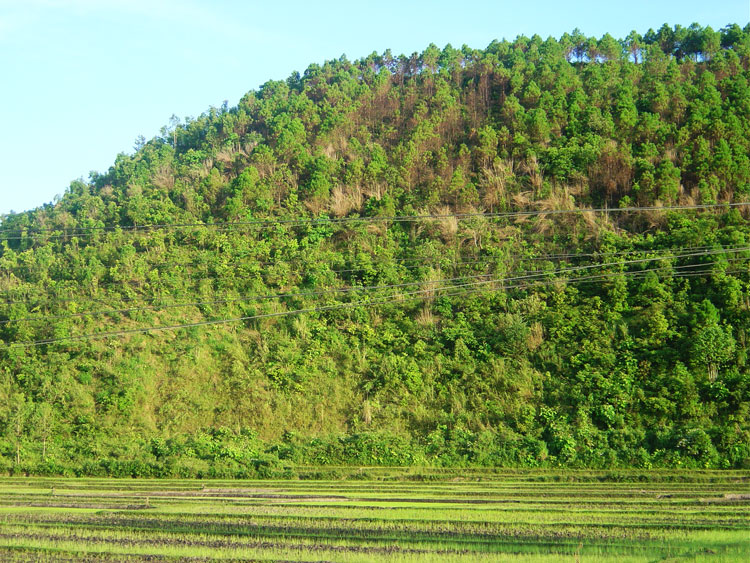 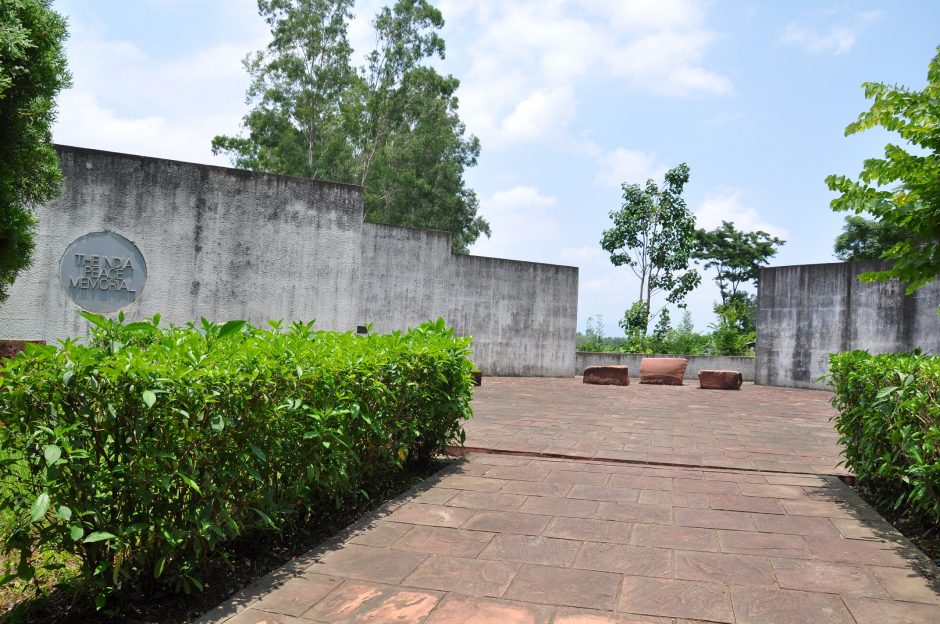 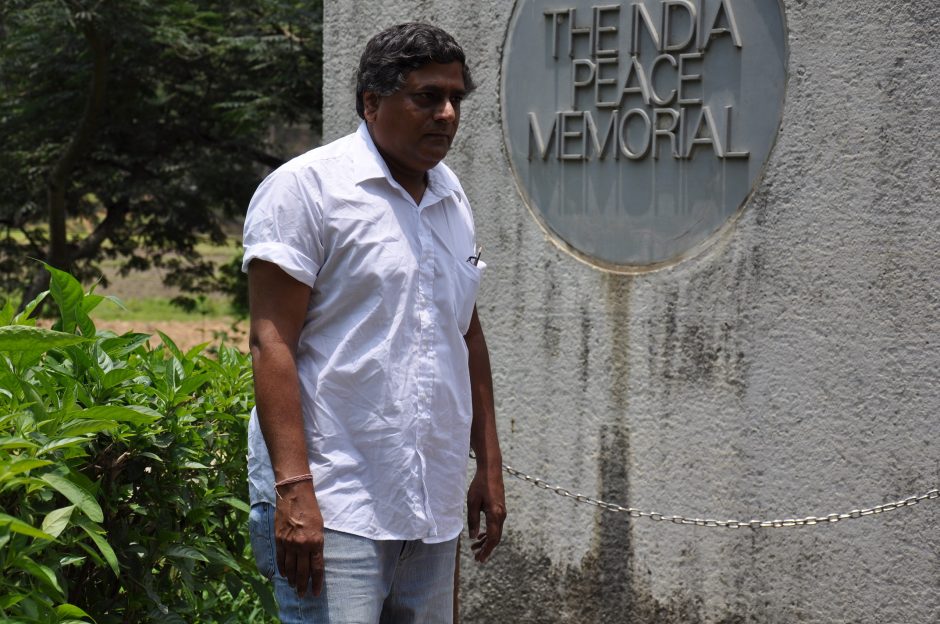 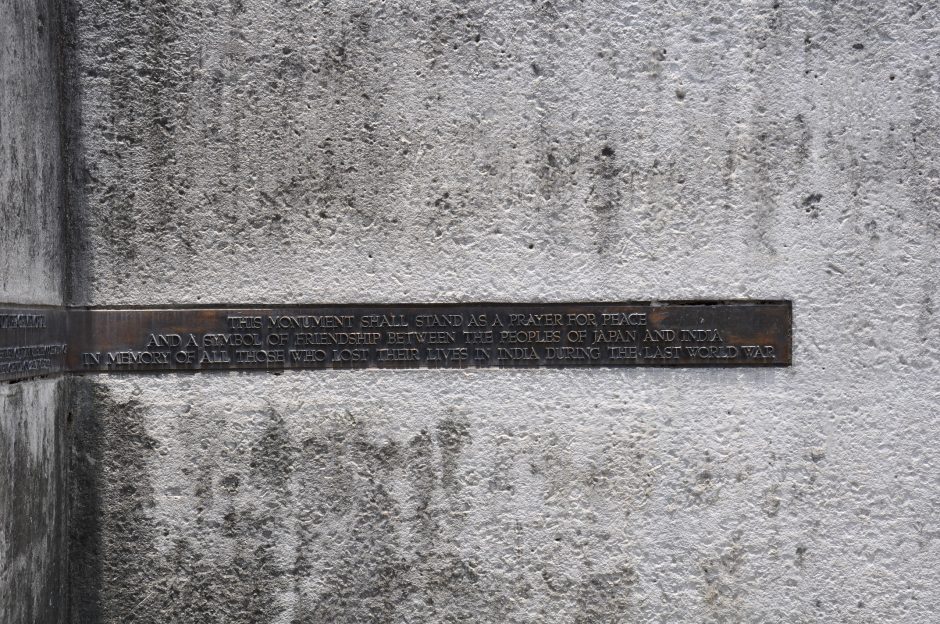 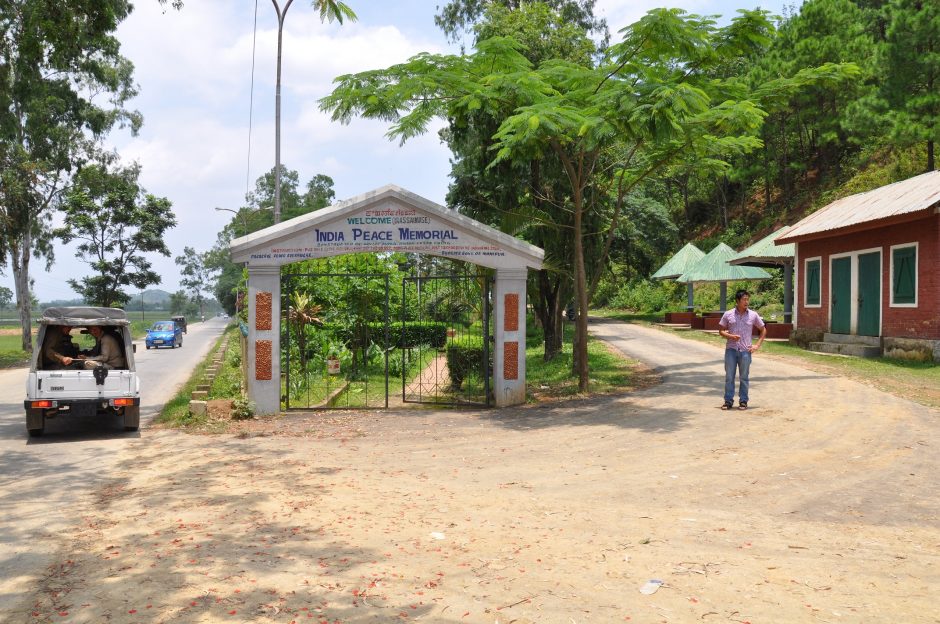 The serene and simple India Peace Memorial at Lokpaching near Imphal is considered a sacred spot both for the Indian and the Japanese. The three crude unpolished red sandstone blocks brought over from Rajasthan, lying in the center of the ceremonial yard represents the blood of Indo-Japanese and Allied forces who laid down their lives in the battle of Imphal in 1944. The complex is full of Cherry Blossoms, the most favoured flowering tree of Japan, which were brought over by war veterans and planted there.

Few know that this memorial, which is revered by the Japanese, has an Odisha connection. It was by the sheer efforts of Chintamani Panigrahi that the memorial came up.

The Battle of Red Hill was fought from May 20-29 in 1944. The small hillock on the Tiddim Road, 16 kms away from Imphal, with its reddish soil, represents the farthest the invading Japanese and INA forces could approach into India. It was the last major battle fought by  Netaji’s Army on Indian soil.

On the 14th Apr 1944, the INA and the Japanese Army had reached Trongloubi and captured the British camp. The INA Tricolour, with the springing tiger depicted on it, was hoisted at Moirang Kangla by Colonel Malik. This was the first flag raised on liberated Indian Territory. The flag is today in the possession of Y.A.Shishak of Ukhrul. From Moirang they advanced towards Imphal, making the Allies retreat all the way.    The Battle of Red Hill unfortunately proved a disaster for the advancing Indo-Japanese forces. The British brought in huge reinforcements and halted the INA advance. The IV Corps of the Allied Forces and 15th Japanese Army had an eyeball to eyeball confrontation, but the carpet bombing by the RAF planes spelled the doom for the conquerors. Nearly 200 Japanese soldiers died, the INA too suffered huge causalities. The Red Hill was strewn with the battle dead. Most were buried hurriedly by the retreating Japanese. Even years later, bones were regularly uncovered after rains washed off the top soil.

The peace memorial was constructed by the efforts of Japanese War Veteran Lt. General Iwaichi Fujiwara.  The General is acknowledged as the Godfather of Netaji’s Indian National Army.In 1974, General Fujiwara led a delegation of surviving war-heroes to Manipur and visited the spot. He suggested the making of a Memorial at Red Hill. The next year, in March 1975, the Japanese Government sponsored a Bone-Recovery Mission, which collected the remains of Japanese war-dead. The Japanese government kept on insisting for a memorial, but disturbed conditions in the State did not make it possible. In December 1982, the Indo-Burma War Area Veterans Association of Japan, which had a nationwide strength of 75,000 veterans, took up the cause and made another representation to the Government of India requesting for allocation of a plot of land measuring 5,000 sq. mts.  in Imphal.

Fujiwara died before he could see his dream memorial enshrined. Other Japanese war heroes like Major U. Honda and Takashi Suzuki, a onetime Japanese Ambassador to India formed a pressure-group called the Imphal Committee and came to India. When Narashimha Rao visited Japan in June 1992, the Japanese counterpart took up the matter with him; Rao assured the veterans that the land would be allotted.

Back home, he contacted Chintamani Panigrahi, the then Governor of Manipur who insisted on Chief Minister R. K. Dorendra Singh to allot the land. Panigrahi’s term as Governor was about to finish, he took up the matter diligently and it was because of his singular efforts that the project saw the light of the day.

The 5,000-sq-m-plot at the northern foothill of the Red Hill, just by the side of the Tiddim Road, was allotted and work started in September 1993. The Japanese completed it in February 1994 and on the 21st March 1994; the 50th Anniversary of the Battle of Imphal, the memorial was inaugurated against the backdrop of the three national flags of the United Kingdom, Japan and India and in the presence of 161 Japanese war veterans.

Chintamani Panigrahi was invited to the inauguration of the memorial but for unknown reasons could not make it. In my correspondences with the Japanese veterans, many of them acknowledged his contribution in making the memorial possible.

The ‘Quit India’ movement was launched by Mahatma Gandhi at the All-India Congress Committee session in Bombay on the 8th August 1942. The next day, Gandhi, Nehru and many other Congressmen were   arrested. On the 9th August, the very next day, Chintamani Panigrahi had hoisted the Indian Flag at the Ravenshaw College at Cuttack. A veteran freedom fighter, Panigrahi underwent imprisonment during the Quit India Movement.  I have tried in vain to find out if Panigrahi had ever met Subash Bose. His role in the making of the India Peace Memorial   remains unacknowledged.