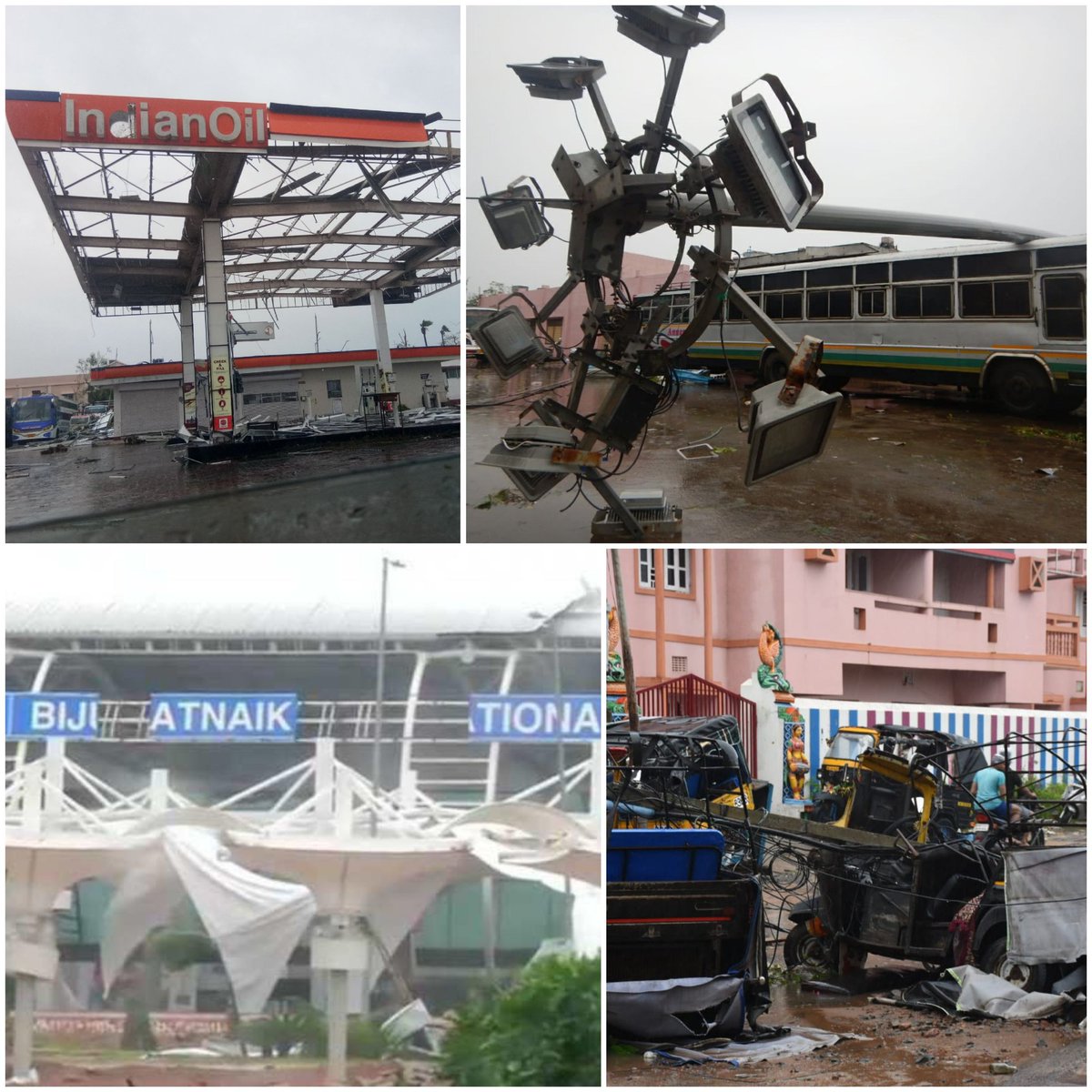 It came! It concurred! It ruined! Such was the devastation of ‘Fani’. Ever since the tropical cyclone made landfall at Puri May 3, life has taken an upside down. Within hours of showing its furore in the holy city, the monster extended its tentacles into the state capital Bhubaneswar and the Millennium City Cuttack. Other coastal districts too, couldn’t be spared as the swirling-wind gusted toward north, leaving a lasting impression of its horror.

Trees uprooted. Properties damaged. There was a scene of complete horror and chaos everywhere as if the nightmare of 1999 super cyclone had once again stepped in. The un-invited guest left no stones unturned before leaving a trail of ultimate devastation. Kachha housed faced the sever brunt. Mobile connections disrupted. One of the rarest of its kind, Summer Cyclone Fani (meaning hood of the snake, coined by Bangladesh) played havoc with a speed of over 200kmph.

Odisha, often called a poor state has fallen prey to natural calamities every time it showed the courage to take a stride towards development. Nature has been cruel time and again on this peace-loving state. In the years, all it changes is its avatars- Phailin, Hudhud, Titli, Fani etc. etc.

Earlier, the govt. did an astounding job of successfully evacuating around 1.2mn people vulnerable to the cyclone to safer places over a span of 24hrs thereby averting thousands of possible casualties. This was only possible because of steady alertness and preparedness of the concerned authorities, cooperation of the people, and the past experiences of dealing such cyclones. An accurate and advance cyclone warning system helped the cause. The social media too played an important role providing advance information.

There is wide-spread displeasure shown by the Odias on major national media which did pay step-motherly attitude to this state during this time of distress. It is alleged that the big-media houses kept busy grossing TRPs from political news and played no heed to the plight of
Odisha. This negligence could also be because, Odias hardly ever indulge in violence which suits the TRP-mongers to telecast. Nevertheless, international Medias like the New York Times and even the United Nations has hailed the govt. and its people for setting a benchmark of
successfully tackling this dreadful hurricane.

Now, the situation looks grim on the aftermath of the highdecibel cyclone. It has pushed the Smart City to years back. Jagannath Dham will take years to recover from this setback as there is heavy damage to property and infra. As ever, we don’t have to panic. Relief and rehabilitation is in full swing. It will take some time for the state to recuperate. With the sheer will power and adroitness the Kalingans possess, I am sure we will hit hard the deck very soon.