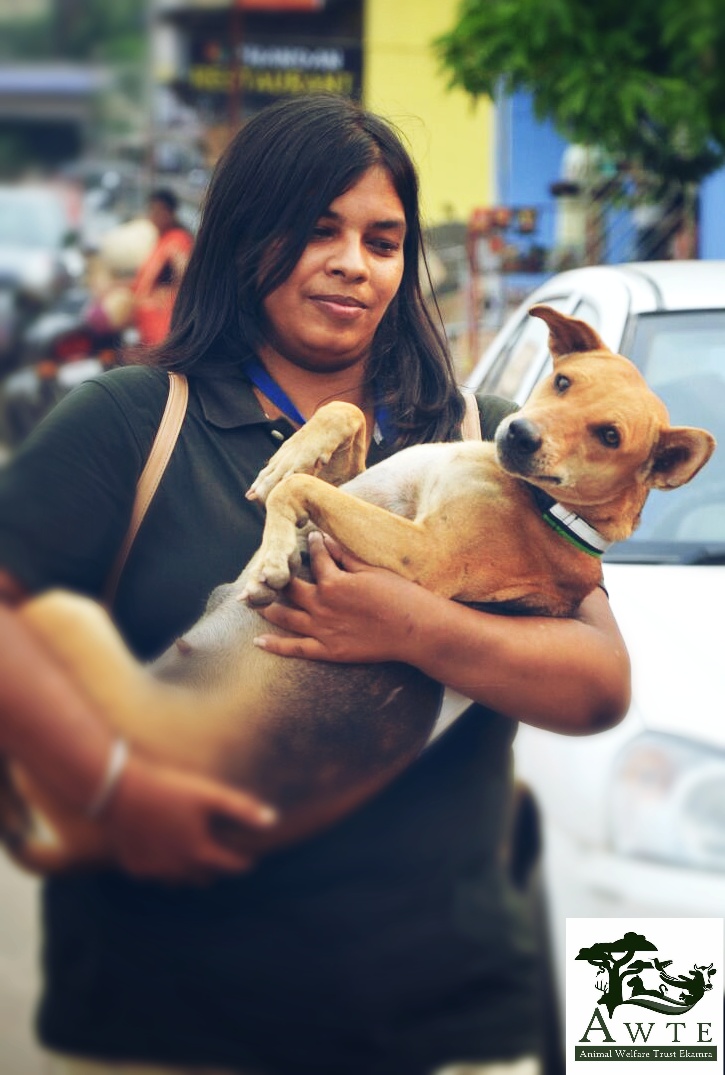 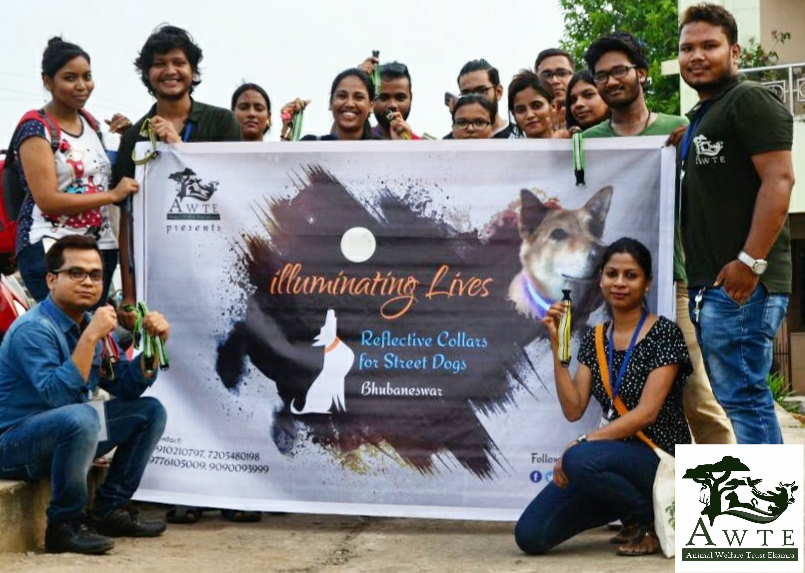 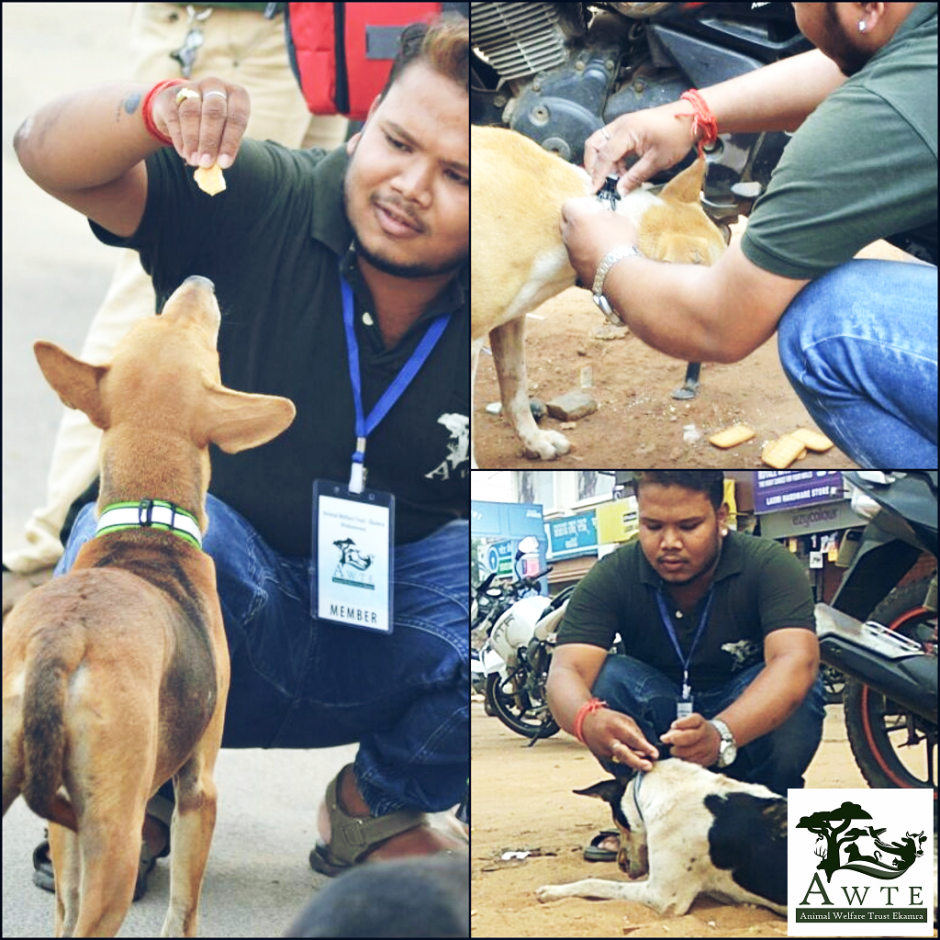 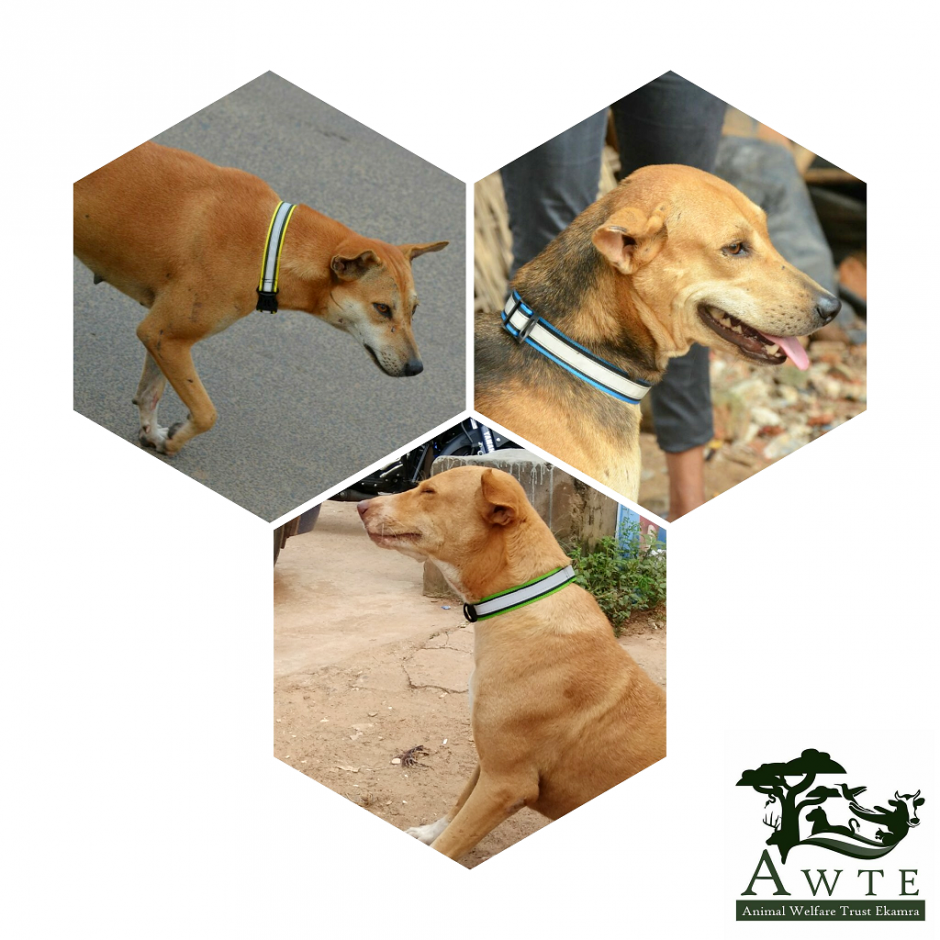 Animal Welfare Trust Ekamra- a non profitable animal welfare organisation based in Bhubaneswar, Odisha started a campaign named “Illuminating Lives”. As the name suggests, it is an initiative to illuminate or in other words make animals visible even in the dark so that accidents can be drastically reduced.

At night due to lack of visibility it becomes extremely difficult to spot animals especially from a certain distance. Spotting the animal only when it’s too close results in sudden braking causing accidents. Such accidents not only harm animals severely but also injure the people involved apart from causing property loss.

At Animal Welfare Trust Ekamra, the team had been receiving numerous such cases every month. And the easiest way to avoid this was by making animals visible so that the driver had enough time to react accordingly. This could be made possible by tying reflective collars on animals. Such reflective collars would pick up light from vehicles and  other sources and shine.

Animal Welfare Trust Ekamra started Phase 1 of the campaign by tying 100 such collars on dogs. A track will be kept to see how well this strategy serves its purpose after which several other phases will be carried out in which these collars will also be tied on cattle. The team plans to gradually increase stock in order to equip maximum animals with reflective collars.