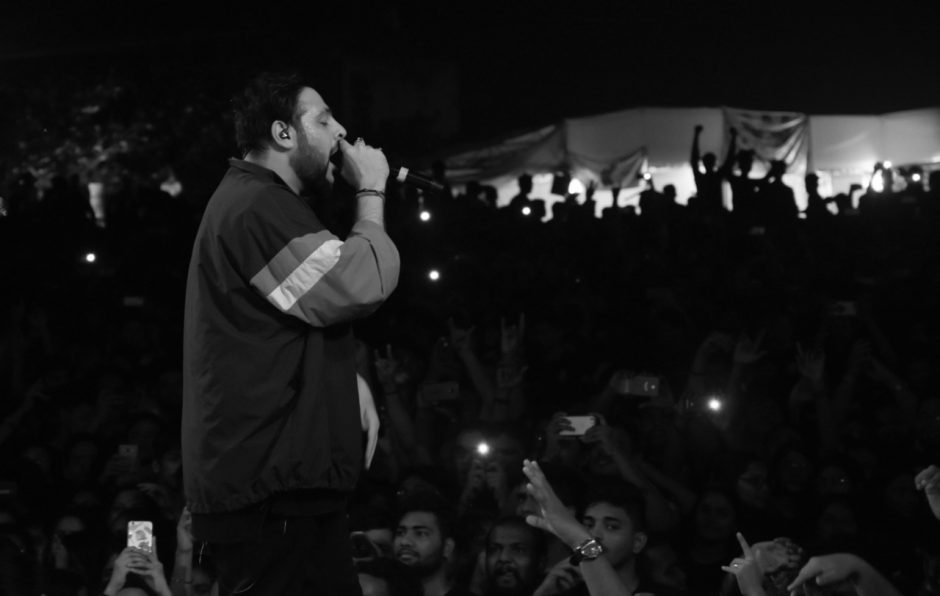 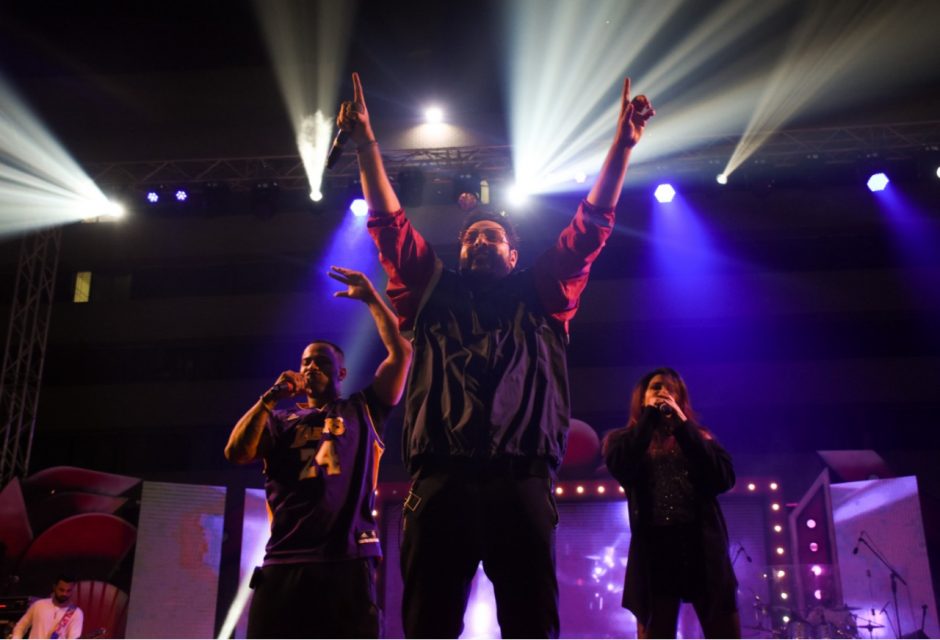 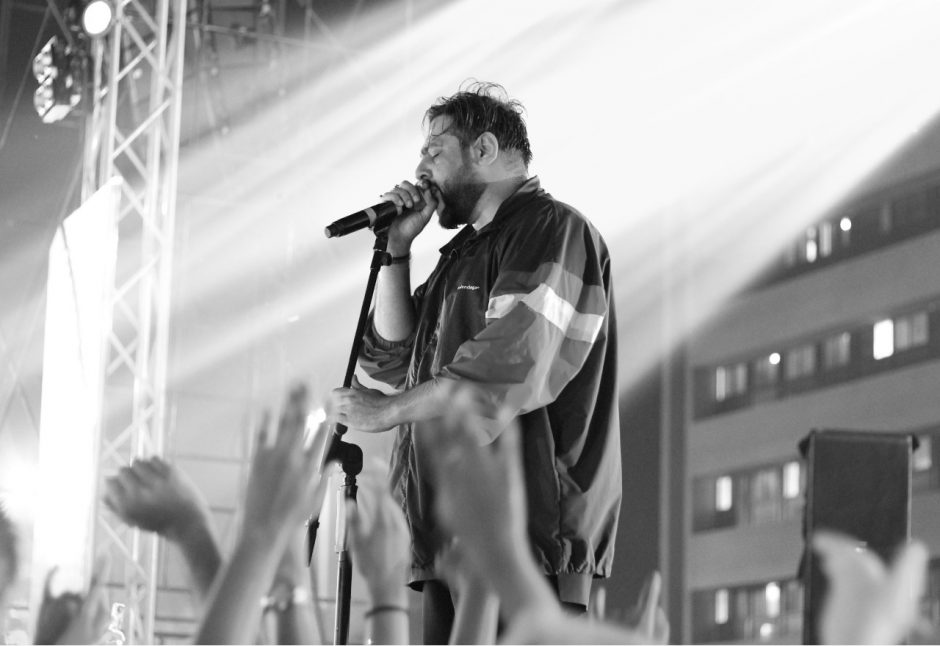 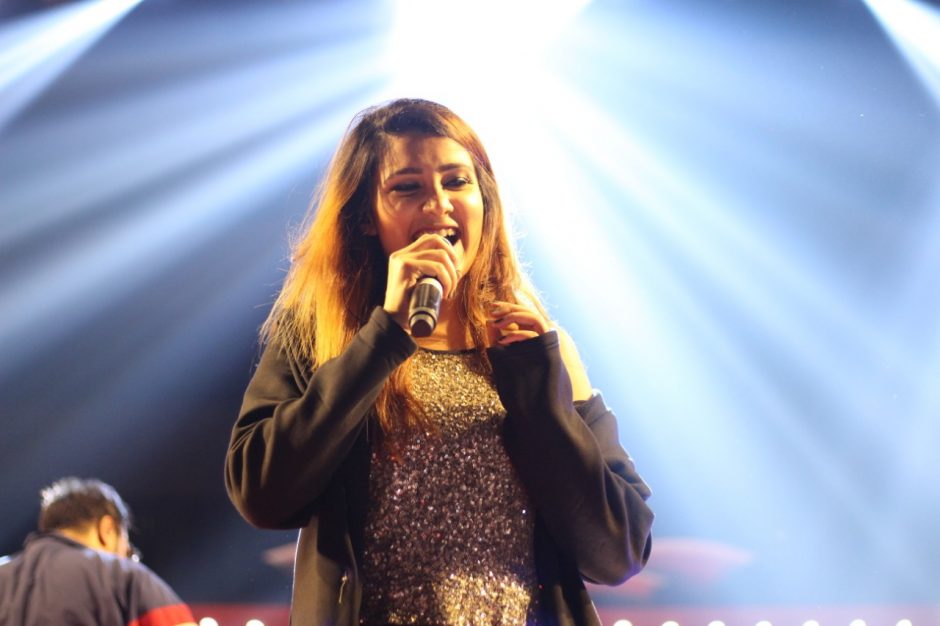 Viraasat, organised by the XUB Chapter of SPIC MACAY, a cultural event which provides platform for people to showcase talent and depict colours of Indian classical art forms like classical dance, singing and instrumentation, kick-started the final day of the fest with vibrant and melodious performances from participants. Mr. Chirag Mishra from Mother’s Public School, who won in Instrumentation, elucidated: “It has been an amazing experience performing in front of such enthusiastic crowd who appreciate Indian classical music be it any form, winning was just the cherry on top and I will always cherish this experience”. Ms. Samaranika Hota from Mother’s Public School grabbed the trophy in the classical dance category, while Ms. Suman Sunayana from Demonstration Multipurpose School claim the top spot in classical Indian singing.

Next in line was Spardha, organised by RMAX – Rural Managers’ Association of Xavier School of Rural Management, which is a social entrepreneurship competition where different teams compete to win the best idea for rural sustainability, testing social entrepreneurship knowledge; propagates and aims at providing solutions to the villagers with a successful business plan. The event was judged by two esteemed professors from Xavier School of Rural Management, Prof. Sujit Jagadale and Prof. T. Kumar. Rural Jedi, Aspiring Minds, Cold Blooded and Rural Mogul were the teams who had earlier visited neighbouring villages and had come up with different business plans to the benefit of that village. The teams performed exceptionally well and were appreciated by the judges for their ‘out of the box’ ideas and concepts. The winner of the competition was Rural Jedi, followed by the runners up, Rural Mogul and concluded with the proposal of vote of thanks by the Coordinator.

The day saw two committees of XUB collaborate, XIMAHR – The Human Resource Association of Xavier School of Human Resource Management and HabituX – The Urban Management and Governance Association, and conduct ProAct, which unites the thought process of a strategist and the fun of managing people consisting of strategic analysis-based case competition, puzzles, and quizzes. The participants were evaluated in various rounds, wherein Round 1 was conducted online out of which 4 teams qualified followed by Round 2, i.e., ‘Break the Buzz’, which was a crossword puzzle based on simple management related words. Round 3 was ‘Block and Tackle’, where a participant was given any random topic and had to instantly speak, for or against, according to the judge’s consideration. Loaded with instantaneous humour, the speaker was evaluated based on their spontaneity, humour, content and of course audience response. The last round was ‘Act Manager’, where a scenario was provided to each team and it was to be enacted instantaneously. Team Profiteers from Welingkar, Mumbai (Rahul Narvekar and Bhavesh Chaudhari) were crowned the winners while team Mashup from XAHR (Ashish Deb and Agrima Aggarwal) were the runners up. Mr. Shivam Sharma, the co-ordinator of XIMAHR, quoted “Proact was a strategy-based event with an added flavour of fun, humour, communication and spontaneity. The event saw participation from Top B-schools and ensured a smile on the faces of the participants at the end” while Ms. Manisha Choraria, the co-ordinator of HabituX, said “ProAct witnessed students showcasing their strategic and analytical skills. It was fun to see students scratch their heads and get the best strategies out of them. The diverse participation from institutes was a learning experience for each and everyone”.

Amidst all the Business simulations, X-stage – the cultural committee of XUB, conducted two events. First one was Tamasha, in which many teams showed their talent of projecting society’s dilemmas through their acting performances. The winner was the team from Silicon Institute of Technology, Bhubaneswar, who quoted “Wo bech rahe the mere desh ko, mai kaise chup reh jaun. Bharat desh ka naujawan hun, api Bhoomika kaise bhul jaun (They were selling my country, how do I keep quiet. I’m a youth of this country, how can I forget the role I play).”. Their play revolved around four major political parties and their leaders, contesting for the director’s seat in the college. The politicians, as usual, make promises without intentions of fulfilling them, and clear motives to attain power over the students and the administration of the college. The nukkad is characterized with a satirical theme to depict the sarcastic and depressing nature of politics in India. It not only targets the politicians, but the students of the college as well who are reluctant to the party leader’s motive and readily trust their charming words. The natak ends with ruling party again making half hearted promises to the student community who had fallen into a state of distrust over their leader and started a protest movement. The second of the two events was Foot Loose, an event dedicated to rhythm, movement and discipline with performers coming together to bring something novel, with change in lyrics, where Team SRDA from College of Engineering and Technology bagged the first place, and cited “We have been rigorously practicing as soon as we got to know about this event, winning this has just given us a lift to reach other peaks”. The esteemed panel of judges had Mr. Andrew Wills, Mr. Krishna Mohan Reddy and Mr. Ashutosh Mohanty, who is a current member of CID-UNESCO Paris rolling out scholarships to various students which was a significant opportunity and a bonus to these young dancers.

With an aim to maximize the number of opportunities to be a part of Xamboree’18, LitSoc – The Literary Society of XUB organized Origami, whose second round, ‘Rulers of the Realms’ was a competition for constructing Micro nations and making a wonderful and fascinating study of the same involving all the parameters that supports a real-world economy. The first round was an online round, ‘Hello from The Other Side’, wherein participants emulated a character from their favourite literary-verse and wrote a letter to another character from a different verse. The winners were a team from the first year of Xavier School of Human Resource Management (Srijana Chatterjee and Subhasree Panda), and with significant containment and smile on their faces said, “When teamwork pays off”, after winning the final round.

With the first and second day ending on such a high note, the third did too. With the organizing committee leaving no stone unturned, the fest ended how it started, with a bang. Packed grounds of the fest, the Celeb Night which was making ‘buzz’ all over, witnessed the country’s most famous rapper Badshah, along with singer Aastha Gill render magic with their amazing performance and the crowd grooving to the hits of ‘Kala chashma’ to ‘Abhi Toh Party Shuru Hui Hai’. The General Secretary of the Student Executive Council of XUB, Mr. Sarthak Das, quoted “Success is the result of perfection, hard work, learning from failure, loyalty and persistence. We started with zero and reached the Pinnacle today, when the crowd went crazy watching Badshah live for the first time at Bhubaneswar. There were a lot of ups and downs in the journey, but the hard-work and efforts really paid off”. Ms. Vinnata Rout, Celeblitz Secretary, Xavier’s Steering Committee of Xamboree cited, “Easier said than done! The success rolled gloriously along with the tears of joy when the king himself set his foot on stage. When we saw the ecstatic crowd, that expression seemed to serve our purpose. We made it Now, and hopefully will make it again. Cheers to XUB!”. Both the celebrities gave a scintillating performance with everyone feeling exhilarated due to the continuous grooving to the catchy beats in this magnus euphoria. As Mr. Milanjyoti Sahu, Secretary – Business Events (Functional), XSteC – Xamboree, rightly summarized, “A lot of hard work has gone into making an event of this magnitude a successful one but would not have been possible without the student committees working along with the support of the administration of XUB. After hitting the ball out of the park for the first time, we pull down the curtain to Xamboree’18, and promise to make the next one a grander magnum opus.”