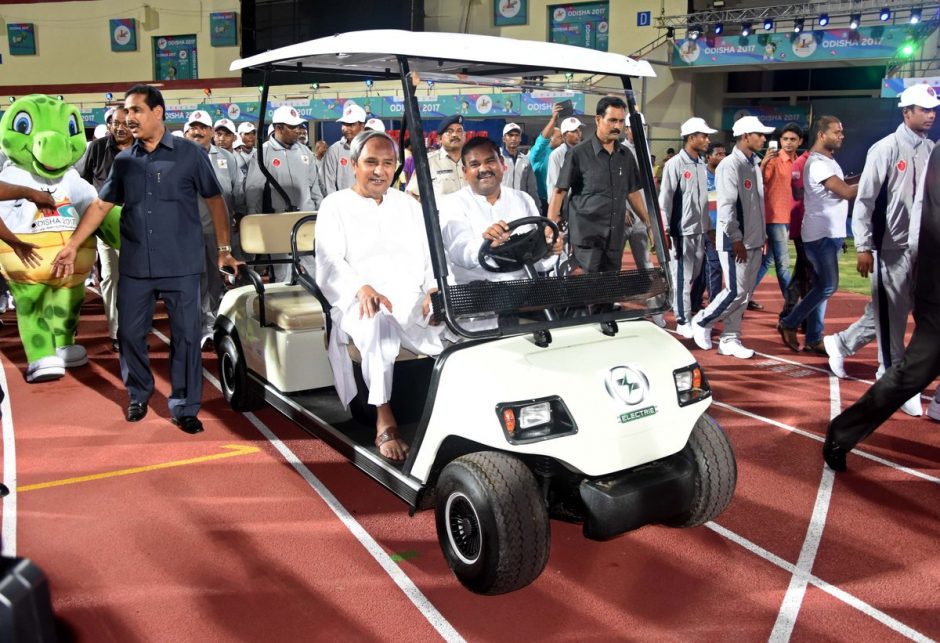 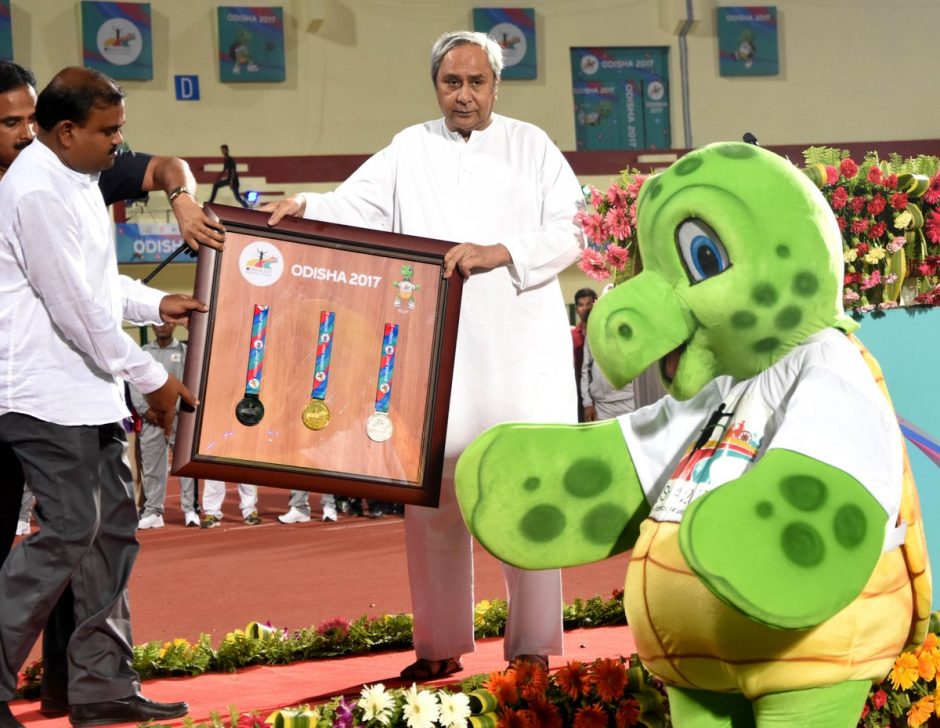 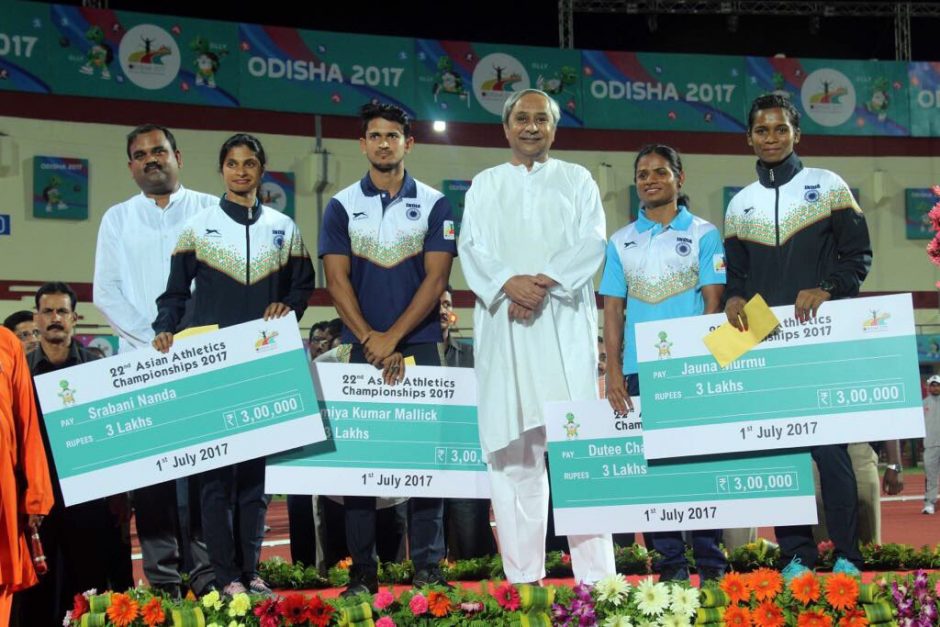 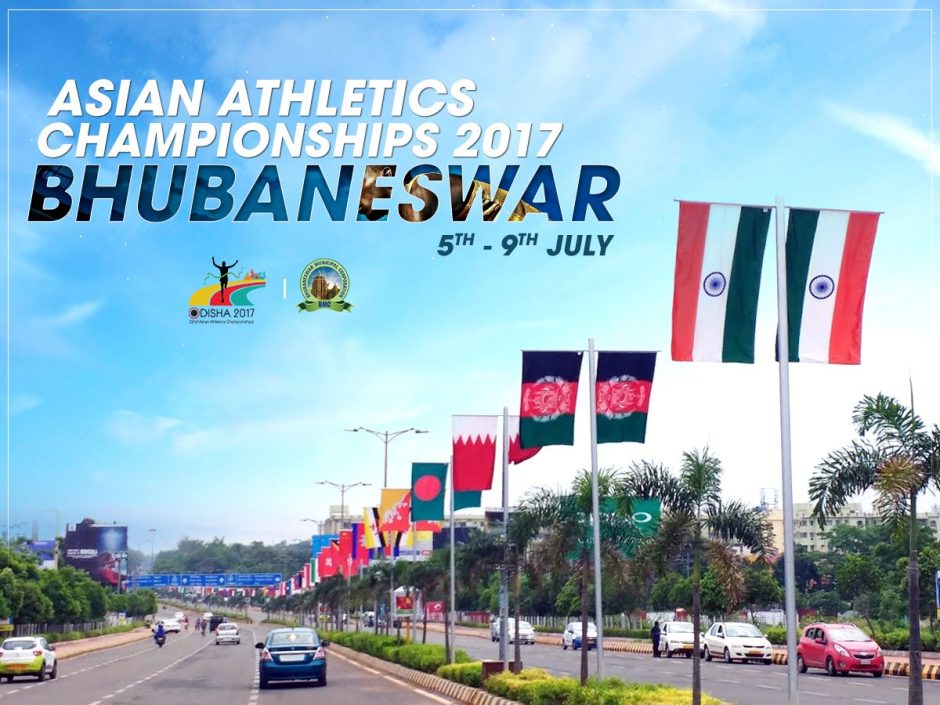 Odisha Chief Minister Naveen Patnaik on Saturday inaugurated the brand new synthetic track at the Kalinga Stadium in Bhubaneswar, for the 22nd Asian Athletics Championships to be held from 5 to 9 July.

A cultural extravaganza marked the special occasion as the CM also unveiled the medals for the championships.

Olympian and national record holder in the 100m women’s hurdles Anuradha Biswal, Asian Games silver medallist Pranati Mishra, Sushma Behera, former Indian women’s football captain Shradhanjali Samantray were among those who ran the inaugural race on the newly-laid track, cheered on by the CM who cut a ribbon to declare the track open.

The CM was taken on a golf cart for a tour of all the renovated areas that include the main track, the warm-up track, the newly-installed elevators and state-of-the-art high mast floodlights.

“Odisha has come a long way. After setting global benchmarks in disaster management, playing a major role in the food security of the country, becoming a state known for its transparency and anti-corruption measures, we wanted to take up this challenge to show the world how far we have come. The trust that the people of Odisha have put in us has allowed us to make Bhubaneswar the No. 1 Smart City in the country, besides setting benchmarks in the ease of doing business here,” the CM said.

“With the Asian Athletics Championships, we also want to showcase how ready we are to host global sporting events. We will also be hosting the Hockey World Cup next year, and in the future we want to be one of the most sought after cities when bigger sporting events take place in India.

“As many as six athletes from the state participated in the Rio Olympics in 2016 – four hockey players and two runners – and I must remind you they were all women, which goes to show the women power Odisha demonstrated at the world stage,” Patnaik said.

The entire work commissioned to complete the renovation of the Kalinga Stadium, besides the beautification of the city of Bhubaneswar to host the Asian Athletics Championships has been completed in record time.

Ranchi, which was to host the event earlier, pulled out at the last minute, giving Bhubaneswar just 90 days to prepare from the day the Government of Odisha agreed to hosting the championships.