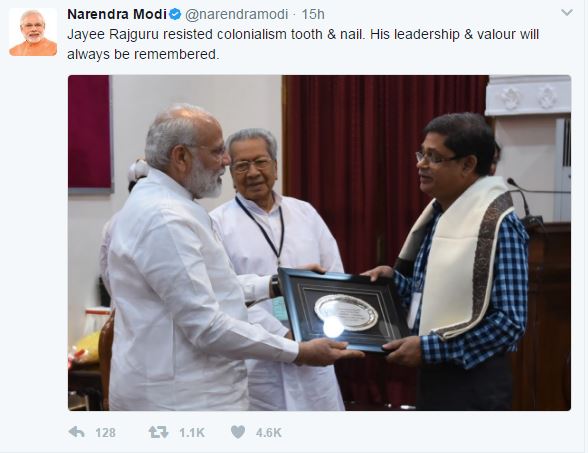 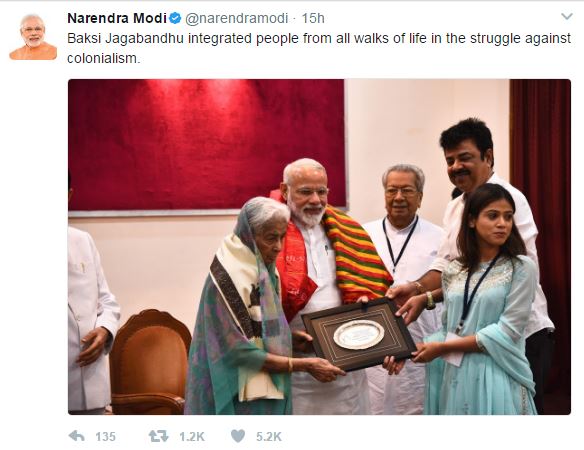 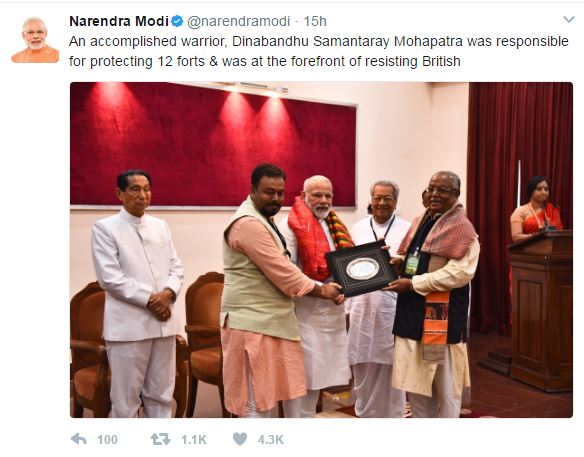 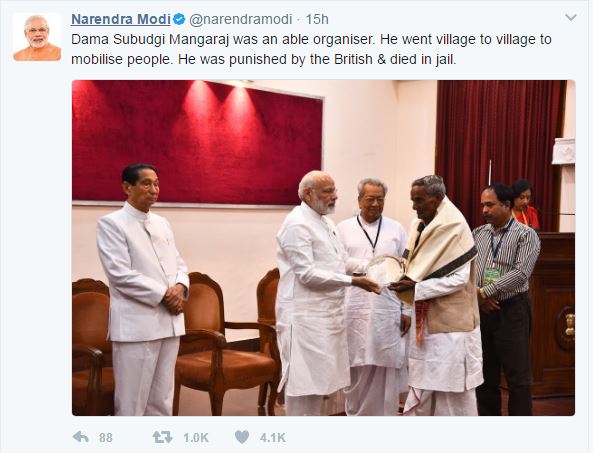 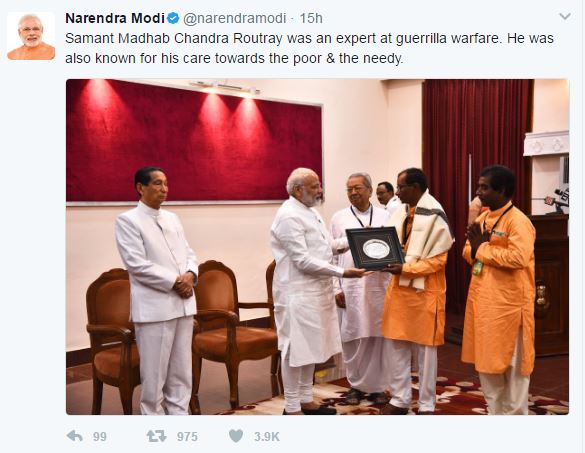 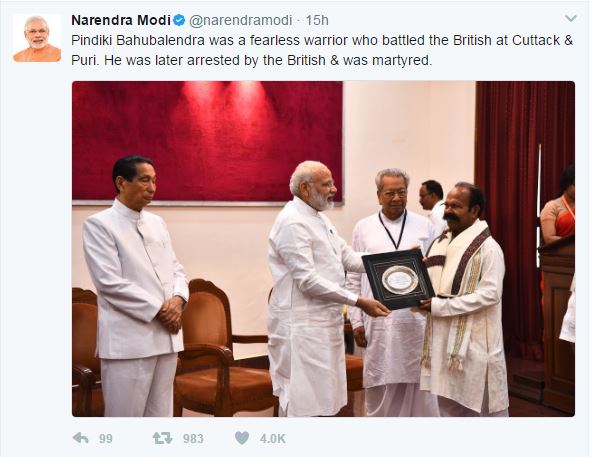 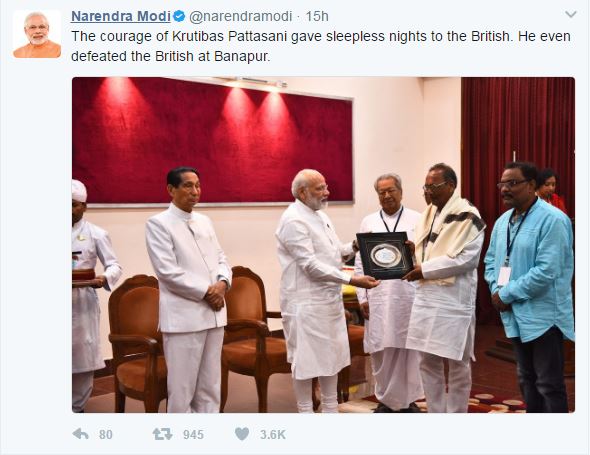 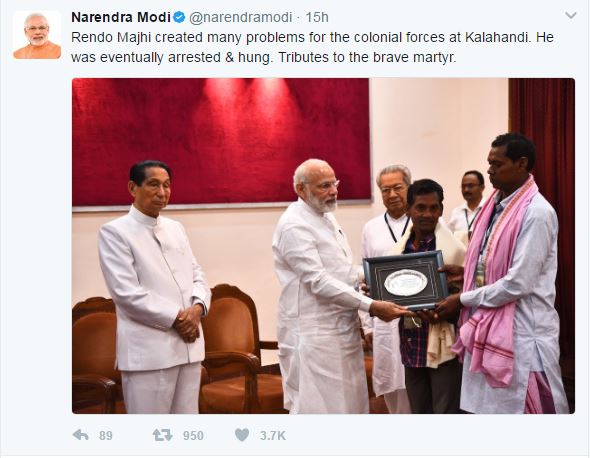 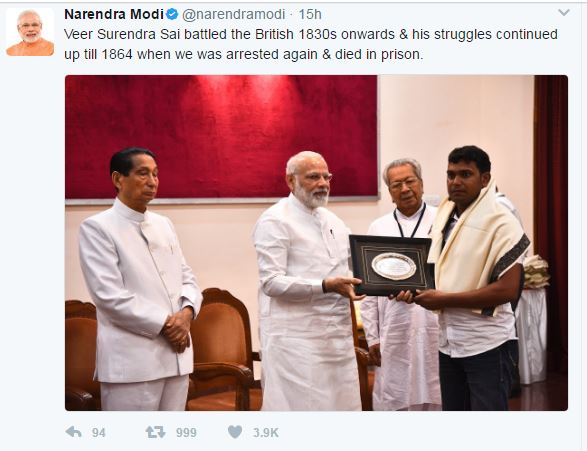 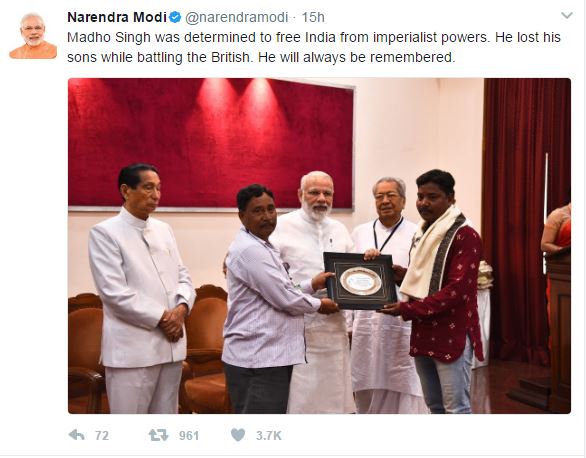 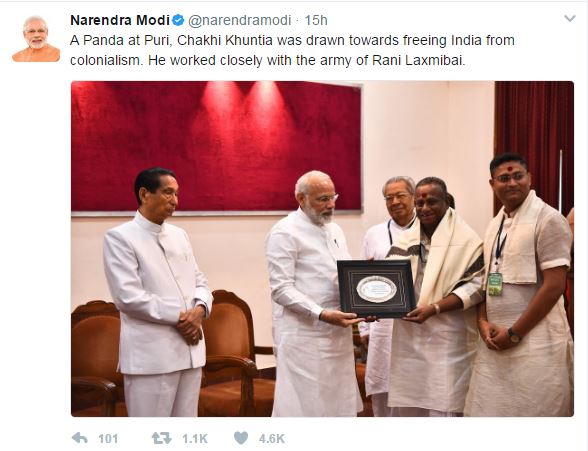 Prime Minister Narendra Modi on Sunday met the descendants of historical Paika Rebellion martyrs, who undertook an armed rebellion against the British rulers in Odisha in 1817.

He felicitated the families of freedom fighters at Raj Bhawan here in presence of Governor S.C. Jamir.

“Today, the history was recalled with pride. It is my honour to see the descendants of martyrs. Unfortunately, the long years of freedom movement was confined in few persons and specific period. We should recall the events and contribution of everyone who participated in the freedom struggle,” said the Prime Minister.

He said Odisha secured the top position for its immense contribution for freedom movement.