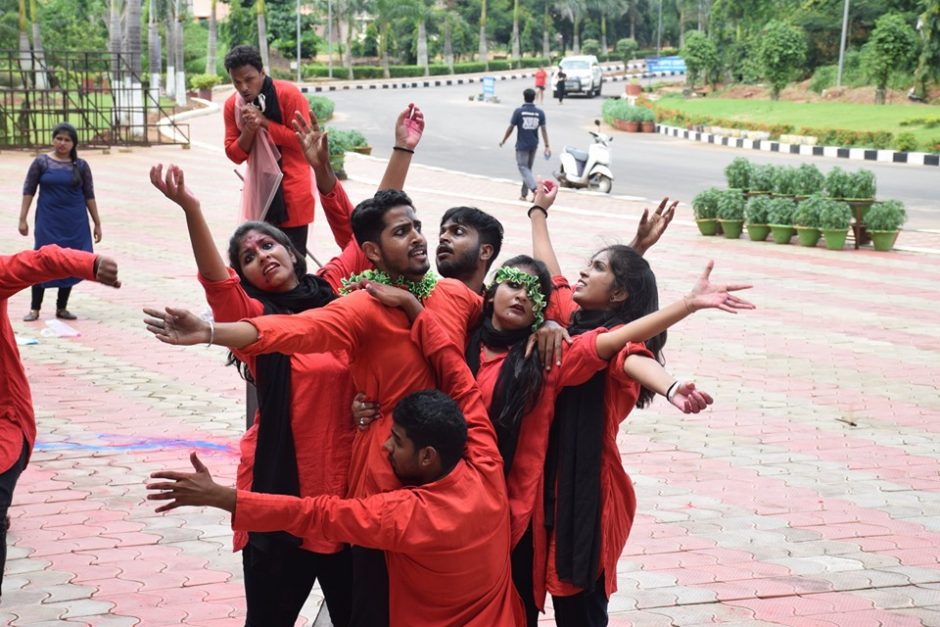 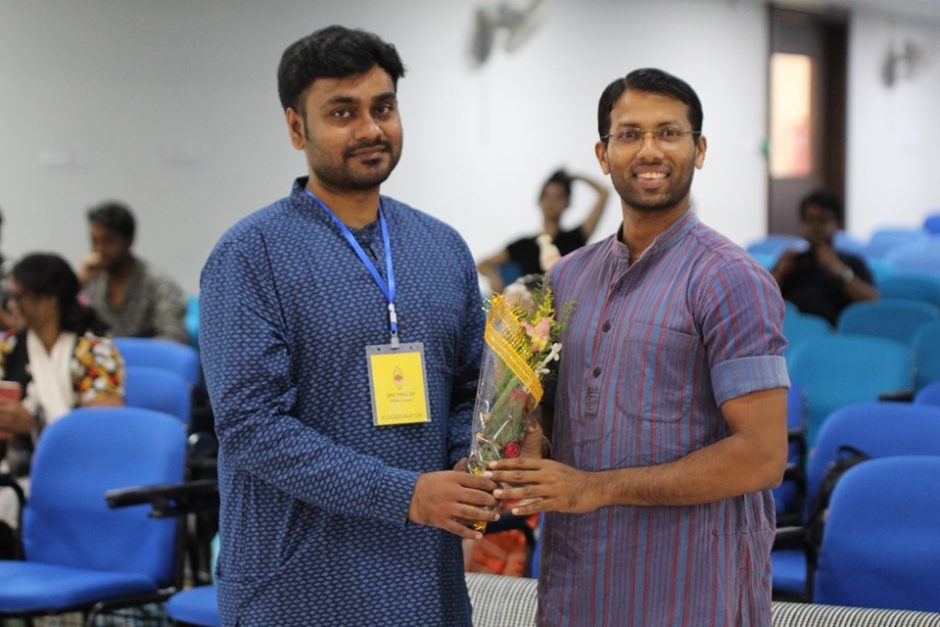 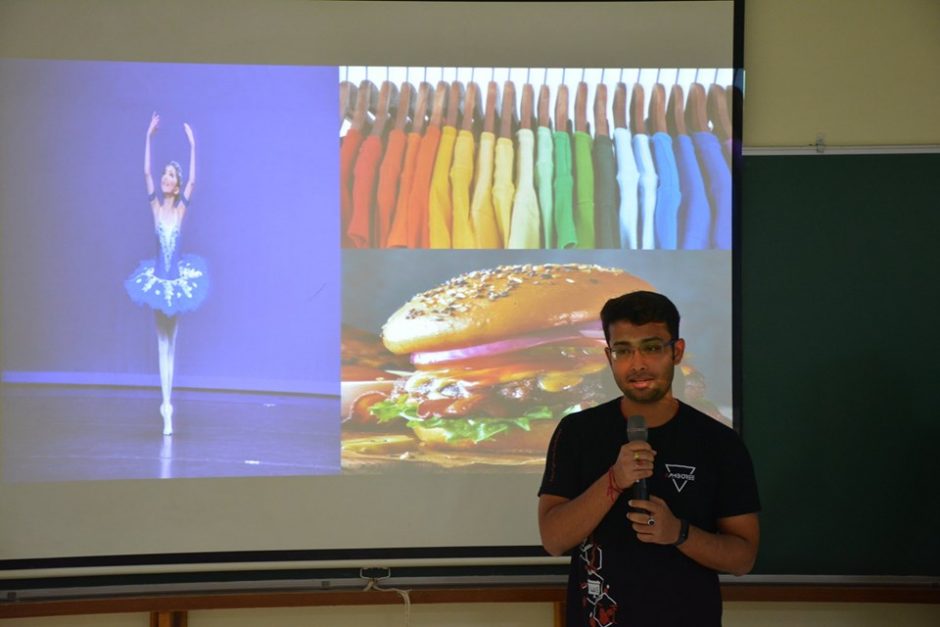 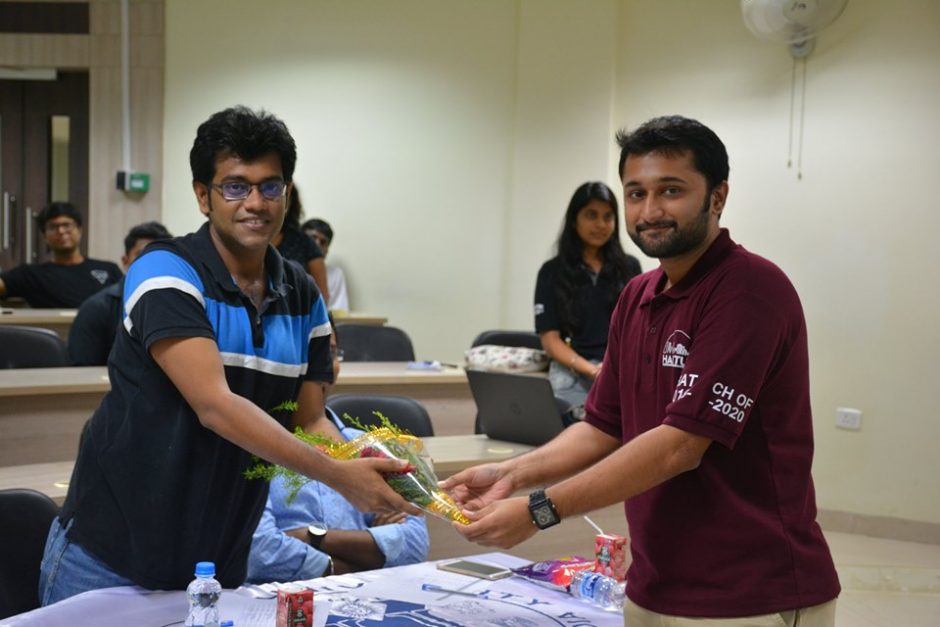 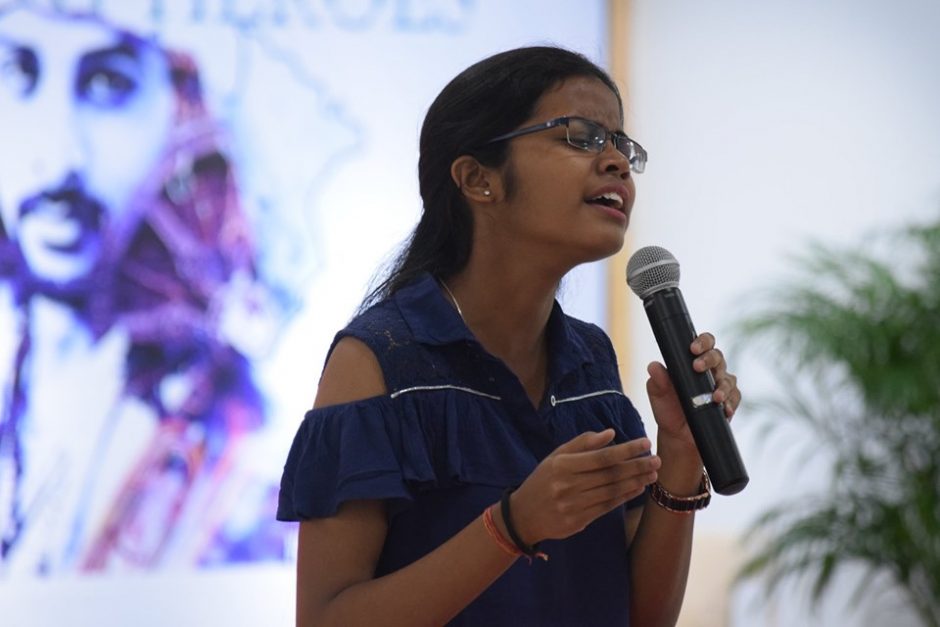 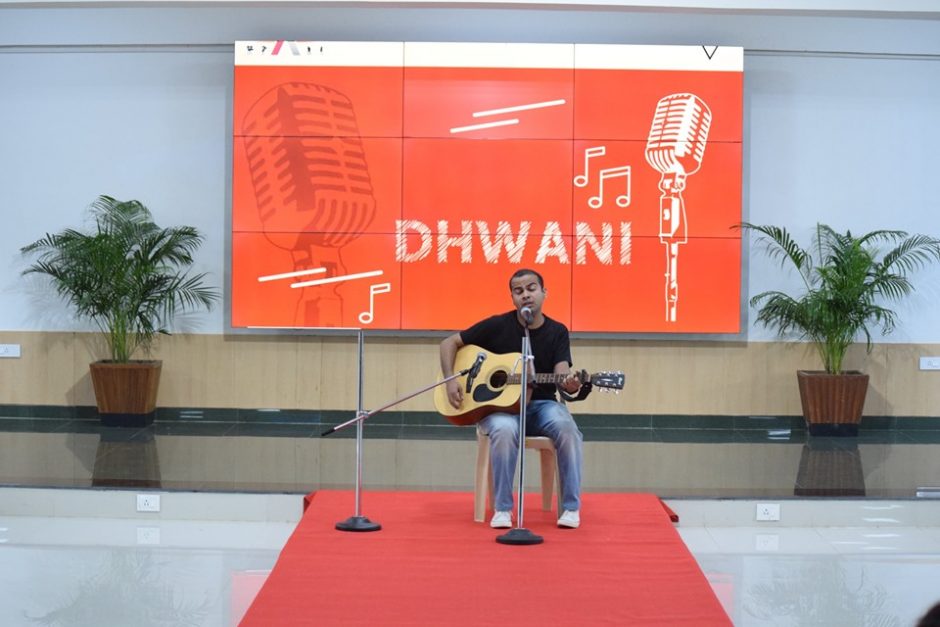 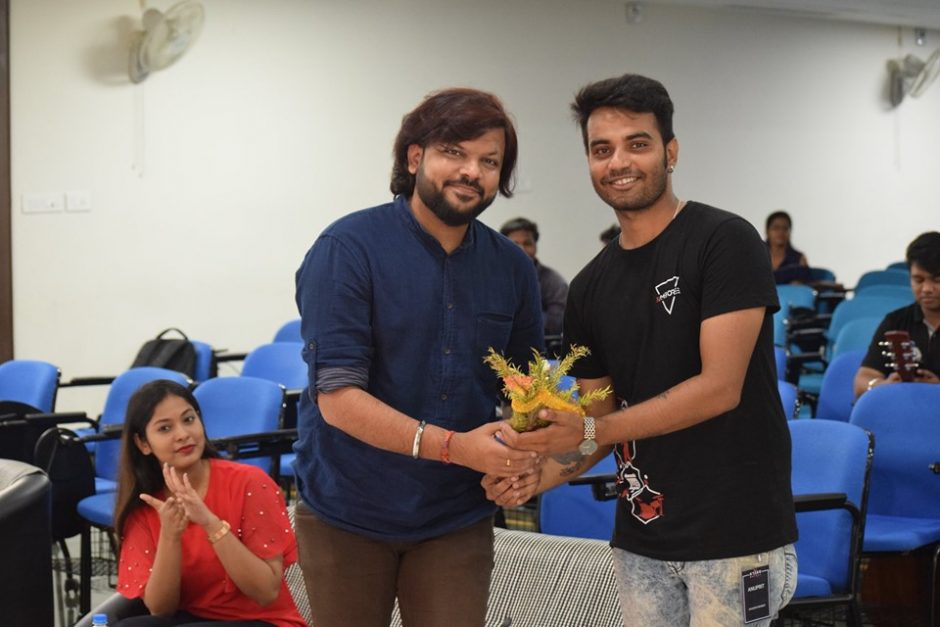 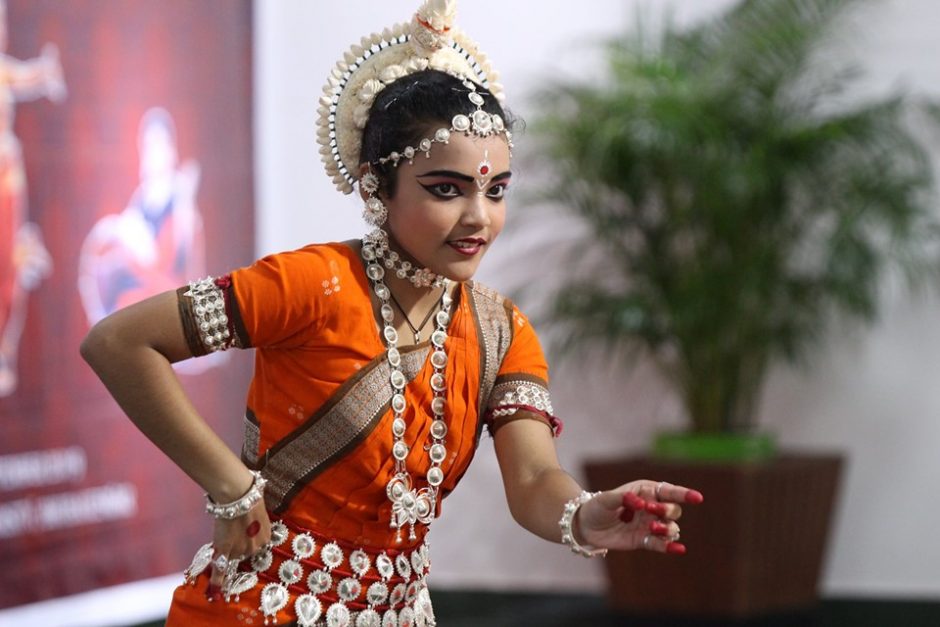 Xavier University, Bhubaneswar (XUB) kick-started its annual cultural-management fest, Xamboree on 27th September 2019. The day started on a healthy note with a dose of Zumba, organized by HIGH on ZUMBA in association with SportsCom XUB. The first business event was XUB Model United Nations’19, organized by SpeakUp XUB, which saw several delegates representing various countries on the theme “Effects of Climate Change” for the first council. Mr. Sriyansh Mohanty, Chief of International Press, stated, “Climate change is real. Let’s not fake ourselves”. XIMAHR – The HR Association of XAHR, organized Case-in-Point, a national-level HR Case Study Challenge. ConXerv – Committee for Sustainability organized Business Buzz, an event where participants presented their business plans aiming towards an economical and sustainable future. Ideathon, organized by X-Cubate XUB, where participants were asked to present their idea on the provided topic which could be innovative, and economically viable.

Keeping the fitness bug alive, SportsCom XUB organized X-Box Cricket with about 25 teams pitting against each other in a knockout tournament. LitSoc – The Literary Society of XUB organized Origami, where participants took part in a treasure hunt, post which, they were asked to enact a scenario with characters from different fandoms. Urbrainiac, organized by HabituX – The Student Association of XAHS, was a brainstorming event to seek sustainable solutions for the harsh reality that resides in the cities. Mr. Mitra Sathpathy, Coordinator, HabituX stated, “The most difficult part was to match up to the hype that Xamboree had created in the previous year”. Skill City, one of the Gaming Committees of XUB, organized an indoor gaming event comprising of 4 teams that were involved in mock stock market trading. International Relations Committee XUB launched X-Safar, an event to make you go around the world!

SPIC MACAY XUB organized a one-of-a-kind event, Yoga Sutra that blends yoga and dance. Ms. Mouparna Ghosal, who was the winner for the event stated, “Asanas are a source of energy. Whatever tasks you wish to do, they give you motivation and the right mindset”. A handicraft stall was set up by Social Responsibility Cell of XUB, in association with Anwesha NGO.

Battle It Out, a classic dance face-off between participants on the streets of XUB was organized by X-Stage XUB. X-Stage XUB also organized Sonix, a battle of bands, where teams participate in the form of bands and perform their best piece on stage. The first day of Xamboree concluded with the musical notes of Rituraj Mohanty, winner of India’s Raw Star. He rendered many melodious tunes, including the one that thrust him into the limelight – Rangabati.

Day 2 continued with an array of business and stage events. SpeakUp continuing its flagship event Model United Nations with the council “United Nations Climate Summit”. The delegates went ahead to draft resolutions by discussing the loopholes in the existing frameworks and associating the 17 Sustainable Developing Goals to the agenda, “Mitigating the Effects of Climate Change”. Mr. Sriyansh Mohanty, International Press Chief commented, “It was a good experience at XUB MUN 2019. I believe in the specialization of articles and stress highly on the quality of the articles. The organizing committee was helpful and the hospitality provided was splendid”. Continuing with the events, X-Lens, The Photography Committee of XUB organized Shrishti and Expressions, wherein the participants were allowed to showcase their creativity, filming, and editing skills, and photography skills respectively. SPIC MACAY XUB Chapter organized Anukriti, a face painting competition that saw participants at their creative best. Qureka, the general quiz organized by XQuizzite XUB, consisted of 6 rounds wherein participants were asked tricky questions to test their general awareness. One of the organizers from Team XQuizzite, Mr. Sudhanshu Sekhar Baral said, “It was overwhelming to see 43 teams from diverse fields participating in the event”.

IlluminatiX – Media & PR Cell, XUB organized Xpress On Air- an RJ Talent Hunt in association with RED FM 93.5, which allowed participants from around the city, to be the voice that drives the reigns of change. The participants were judged by RJ Harshit from RED FM 93.5. RJ Harshit expressed his joy stating, “I’ve spent a splendid Saturday afternoon in XUB, which made me witness loads of talented people. I thank the IlluminatiX team for their hospitality”. Footloose, the dance competition organized by X-Stage XUB and judged by Fullstop Crew, saw various groups perform to different beats. Fullstop crew shared their experience by saying, “The talent which we witnessed was great and unique, we are overwhelmed by the hospitality and the kind of experience we got from this event”. The Social Responsibility Cell of XUB organized a CSR Action Plan Competition, Samriddhi, which provided a platform for the participants to plan executable solutions to overcome the issues of contemporary society. Participant Gaurav Das quoted, “It was a thought-provoking competition that enabled us to look at socio-economic problems that usually get ignored in the normal course of life“.

The gaming committees of XUB, Gladiator, Chakravyuh, and Skill City organized various business simulation events that tested the participants’ decision-making skills, business knowledge, and general awareness. Mr. Nitish Kumar, one of the organizers of Chakravyuh quoted, “The competition was designed to test the skills of the participants in a situation-based business environment and we are happy with the enthusiasm shown by the participants.” X-Box Cricket organized by SportsCom, XUB continued with the same energy on day two as well, with teams competing against each other in the knockout tournament, and striving hard to reach the finals. X-Stage XUB organized Runway Roll, one of the most glamorous events of Xamboree which brought all the fashion enthusiasts together.

The second day of Xamboree concluded with the much-awaited event Comedy Night with Rahul Subramanian, with an opening act by Chain Jokers. Rahul, with his meticulously crafted act related to B-school life by recalling his MBA life, made the audience roar with laughter and shake their heads in amazement.

The third day, i.e. 29th September 2019, observed people’s enthusiasm and participation multiply triple-fold. The day kick-started with SPIC MACAY XUB Chapter’s flagship event, Dharohar which was a classical competition of singing, dancing, and instrumental arts. Continuing with the events, RMAX – Rural Managers’ Association of XSRM, XUB organized Spardha, a National Level Inter-college Social Business Plan Competition, wherein the participants got an opportunity to showcase their entrepreneurship and decision-making skills, along with a test of their social quotient. HabituX – The XAHS Association and XIMAHR – The HR Association of XAHR hosted their flagship event, ProAct, the Ultimate Strategy Competition at Xamboree. ProAct provided an amazing opportunity to the participating teams to bring their strategic skills to the canvas. During the event, each team reeled off its decision-making ability and added up some fun, humor, communication, and spontaneity to the tasks.

X-Stage, XUB in association with Xamboree organized its flagship event, Tamasha. It was the Nukkad Natak Competition of the fest. Teams from various colleges who registered had the liberty to choose their topics which were restricted to social issues and causes. Team Toneelstuk from the Institute of Technical Education and Research (ITER) emerged as the winner of the event. Saee Zoting, team member- X-Stage quoted, “It was fascinating to watch young minds come up with innovative ideas and the way they have portrayed every detail through drama!”

To conclude this exuberance, Bombay Bassment, a Mumbai based band whose music is a blend of Hip-Hop, Rap, Reggae, Funk, Drum, and Bass, performed live and captivated the audience with their high energy and hip-shaking performances. In association with Red Bull Music, NUCLEYA, the country’s most popular EDM sensation and influential independent artist, performed live at the celeb night of Xamboree, which created buzz and excitement all over the city. He rendered magic with his scintillating performance and made the crowd groove to his hits like Laung Gawacha, Bass Rani, etc. One of the spectators exclaimed, “This was the moment I was looking forward to the most and NUCLEYA exceeded our expectations, raising the bar of Xamboree to a whole new level altogether!” This 3-day extravaganza indeed was a unique experience for everyone who came to witness it. All in all, the three days of the fest were marked with huge success with all the Business Competitions, Gaming, Cultural Events and the Celeb Night happening in the university that raised the standards of a Cultural-Management Fest.