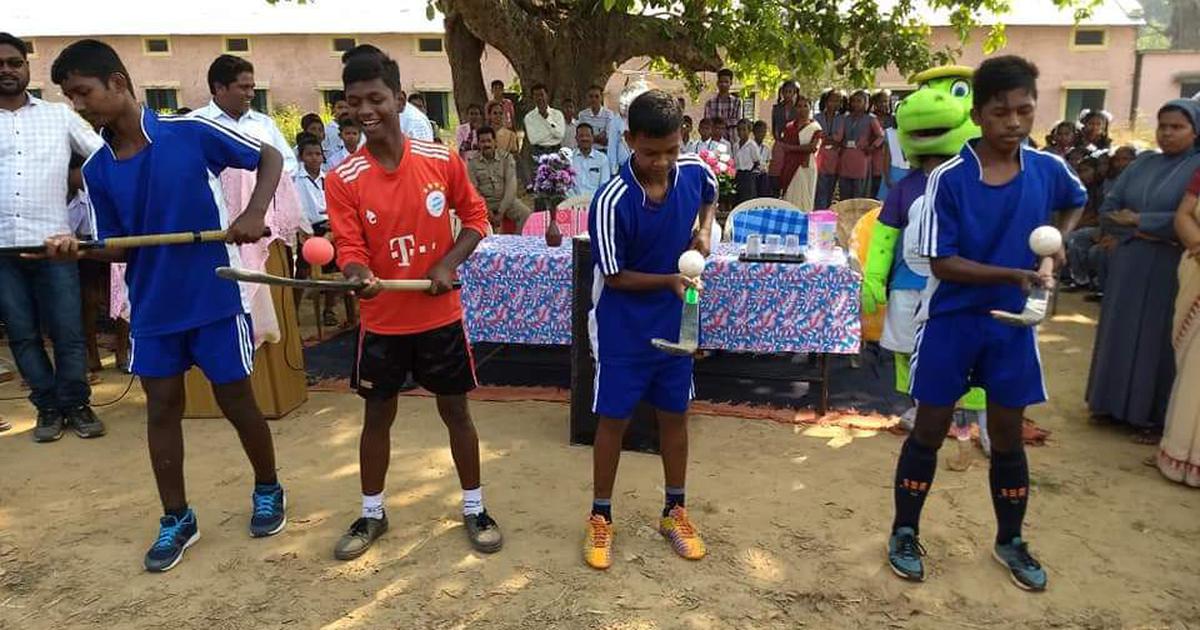 Sundargarh is one of the many districts in India which has places that seem untouched by time. Here, you’d find expanses of fields and forests, cattle on road, minimal traffic, a wall-painted advertisement of a wall painter for hire, and a 110 cc Kawasaki Bajaj Caliber motorcycle among other sights that seem to belong to an era bygone.

The district, the second largest of Odisha, was formed following the merger of two princely states – Gangapur and Bonai – in 1948. Apart from iron ore, manganese, limestone, timber and bamboo, a resource that rich in this part of the state is hockey. The government sports hostel in Rourkela (a city that’s part of Sundergarh) alone has produced 50 players from this region, according to the Odisha government.

No one precisely knows how or when hockey started here. The popular theory is that the European Christian missionaries introduced the sport to the tribes when they visited in the mid-19th century. But, for the people of this place, the history doesn’t matter much. They’re just glad that hockey’s been a part of their lives for several generations now. One among them went on to play over 400 international games for India and featured in three Olympics. He goes by the name of Dilip Tirkey.

Dilip, because he became a legend, made Sundargarh famous. But Sundargarh made Dilip. “My village, Saunamara, and many other villages surrounding it have a long history of hockey,” he said. “There’s a big craze for hockey. And the place has a hockey culture. So, as I was growing up, I watched the game and imbibed it.”

Playing for goats, chickens and eggs

One of the integral elements of the hockey culture, which Dilip speaks of, is the Khasi Cup, an inter- and/or intra-village village tribal hockey tournament. Khasi in Odiya means goat. The winning team of the tournament is awarded a goat. The players are given a hero’s welcome in their village. The goat they win is used for a celebratory gala feast for the entire village, wherein the players are the cynosure.