India beat Iran 38-29 to win 2016 Kabaddi World Cup today. India staged a heroic comeback in the second half to beat Iran and lift the World Cup for third time in a row. 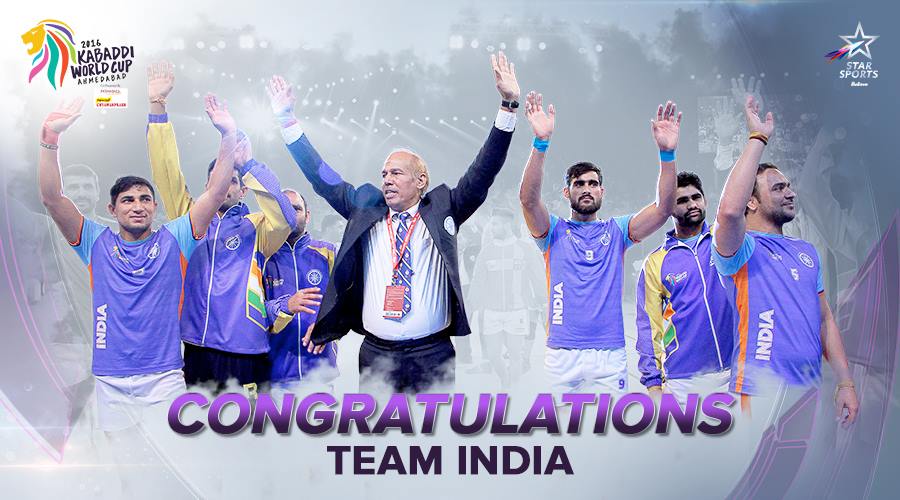 The final saw familiar contestants in India and Iran with Ahmedabad’s TransStadia Arena the setting for the much fancied event. It was the Kabaddi World Cup final and India were looking to make it three titles in three. For Iran, the target was to avoid making it three losses in three. But after 40 minutes of ferocious kabaddi, the previous sequence of events unraveled with India beating Iran by 38-29 thanks to a heroic second half display.

For India, Ajay Thakur was the marquee man with 12 points and saw good support from Nitin Tomar from the bench with six points.

The second half changed the order of events in the final, attended by a capacity crowd, with India coming from six points down to create an eight points margin for themselves before running away with things.