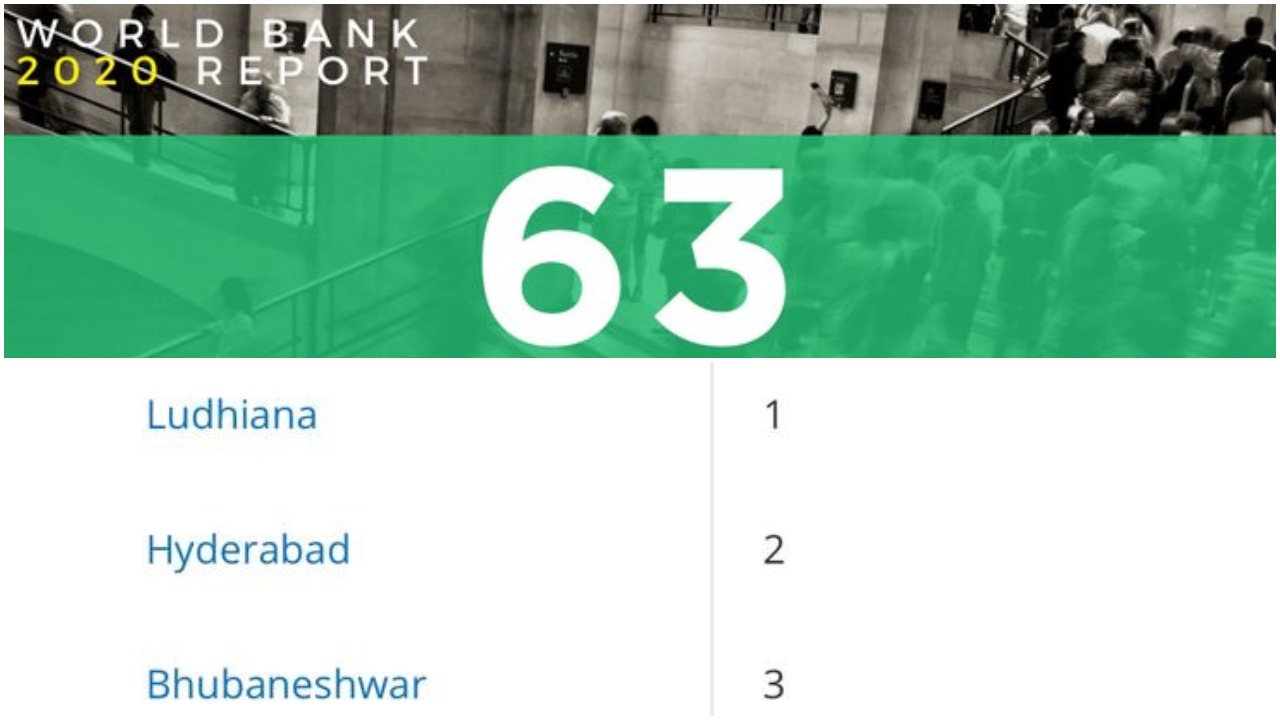 India jumped 14 places to the 63rd position on the World Bank’s ease of doing business ranking released on Thursday, riding high on the government’s flagship ”Make in India” scheme and other reforms attracting foreign investment.

The country also figured among the the top 10 performers on the list for the third time in a row.

The rankings come at a time when the Reserve Bank of India (RBI), World Bank, International Monetary Fund (IMF) and various rating agencies have slashed the country’s growth forecasts amid a slowdown in the global economy.

India was ranked 142nd among 190 nations when Prime Minister Narendra Modi took office in 2014. Four years of reform pushed up India’s rank to 100th in World Bank’s ”Doing Business” 2018 report. It was 130th in 2017 when it was ranked lower than Iran and Uganda. Last year, the country jumped 23 places to the 77th position on the back of reforms related to insolvency, taxation and other areas.

In its ”Doing Business” 2020 report, the World Bank commended the reform efforts undertaken by the country “given the size of India’s economy”.

“This is the third year in a row that India makes to top 10 in Doing Business, which is a success which very few countries have done over the 20 years of the project, Without exception, the other countries that have done this are very small, population-wise, and homogeneous,” Simeon Djankov, Director of Development Economics at the World bank told PTI in an interview.

“India is the first country of its type to achieve that. It has jumped this year by 14 position,” he said.