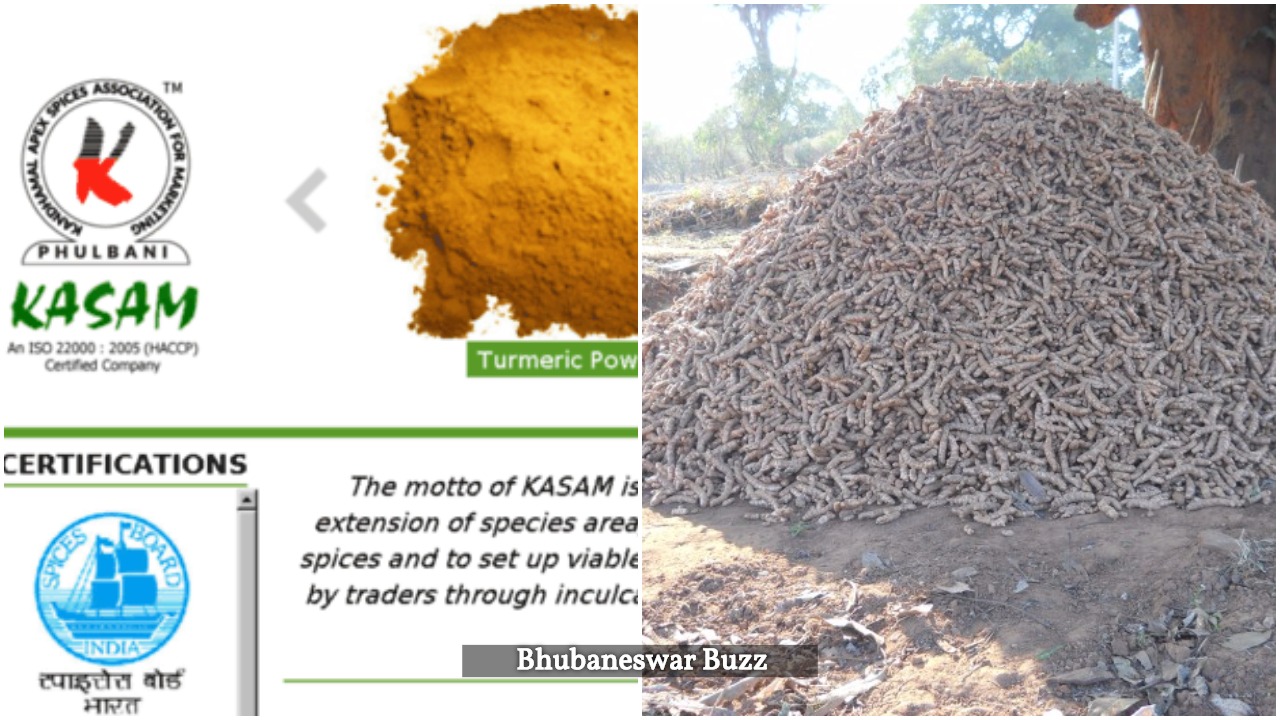 Export of spices from Kandhamal is set to get a boost with the government sanctioning Rs 2.46 crore fund to Kandhamal Apex Spices Association for Marketing (KASAM) to replace old processing machines. KASAM is an apex society of around 12,000 farmers spread across five blocks in the tribal-dominated district. It procures spices produced by its members. They process the spices like turmeric, ginger, mustard among others and export it to different countries.

The government has sanctioned the funds to the KASAM under the Rashtriya Krushi Vikash Yojana (RKVY). “We received a letter in this regard on Tuesday,” said Sanjit Patniak, Secretary of KASAM.
“With the fund, we’ll replace the 16-year old processing machines,” he said. KASAM members are currently engaged in processing of turmeric, slices of gingers and mustard powder which are in great demand in Europe. The processing capacity of the existing machines is 1,000 tonnes per year. This will be increased to 5,000 tones per annum. This will also help the farmers procure more quantities of these products leading to greater profits, Patnaik said.
Spices like turmeric and ginger are in great demand in foreign countries owing to their organic content and multiple uses, he said. The turmeric of the district has medicinal value and can also be used for facial, he claimed. The Control Union Certifications has certified the spice products of the KASAM as organic, he added.
Last year, around 1,100 tonnes of processed turmeric and around 40 tonnes of ginger slices were exported to different countries leading to profits of Rs 50 lakh. The main buyers were the UK, the USA, Australia, Netherland, Germany and several other countries. In the first four months of the current year, around 500 tonnes of these products were exported to the European countries, said Patnaik.
Raw spices are procured from 12,000 farmers of five blocks G Udayagiri, Raikia, Nuagaon, Daringibadi and Phiringia through 61 primary cooperative societies. The society gives 65 per cent of the profit to farmers, he added.