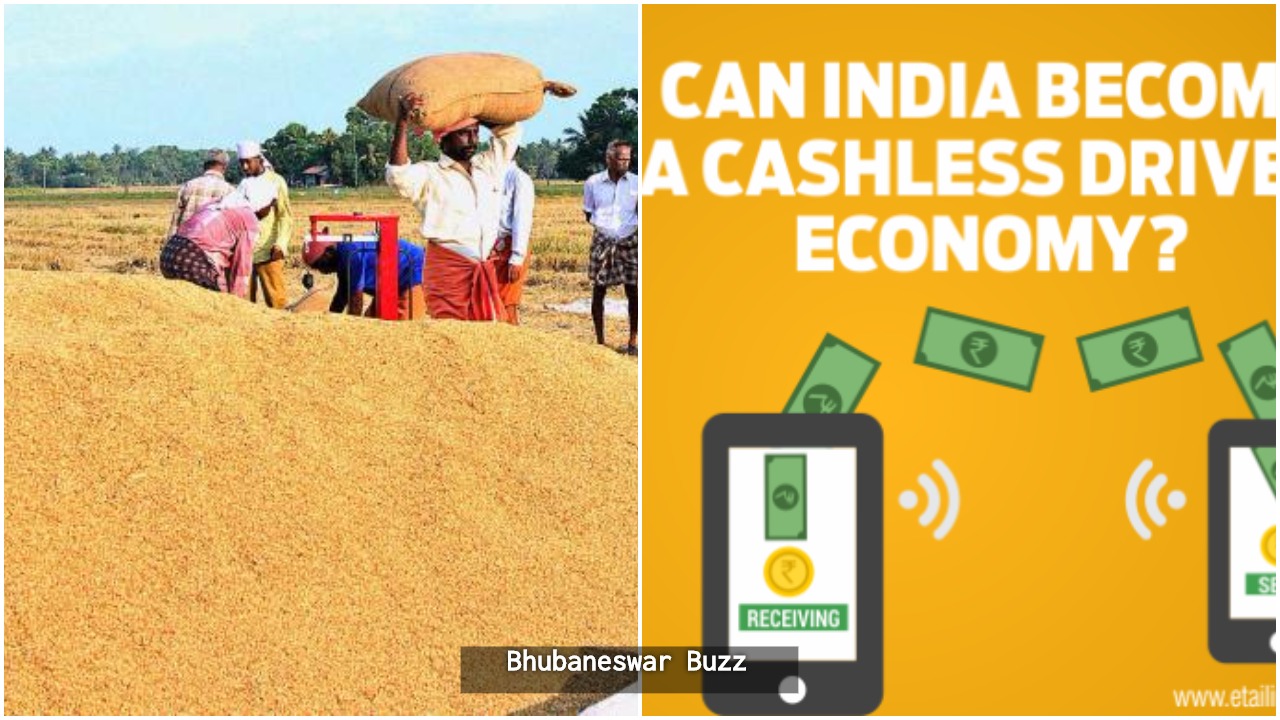 The much-awaited paddy procurement in Ganjam district started with opening of 47 mandis (procurement centres) recently. “Taking into account the cash crunch, the payment would be made to the farmers through online mode without any cash transactions,” said district civil supplies officer (CSO) A K Patra.

The paddy procurement is being made through the primary agricultural cooperative societies (PACS). He said around 82,000 farmers in the district have already registered to supply paddy to the mandis. Around 99% registered farmers have linked their account to Aadhaar number, he added.
The cashless transactions during paddy procurement will also help maintain transparency without any scope for corruption, said Sudhir Sabat, president of PACS, Baiganabadi, near here. The government had fixed the minimum support price (MSP) of common variety of paddy at Rs 1,470 per quintal and Grade A variety at Rs 1,510 per quintal for kharif 2016-17, official sources said.The government has targeted to procure 3 lakh metric tonnes of paddy this time against the last year’s 3.50 lakh metric tonnes, the sources said. Farmer leaders criticized the government for fixing lower procurement target compared to last year despite bumper harvest this year.