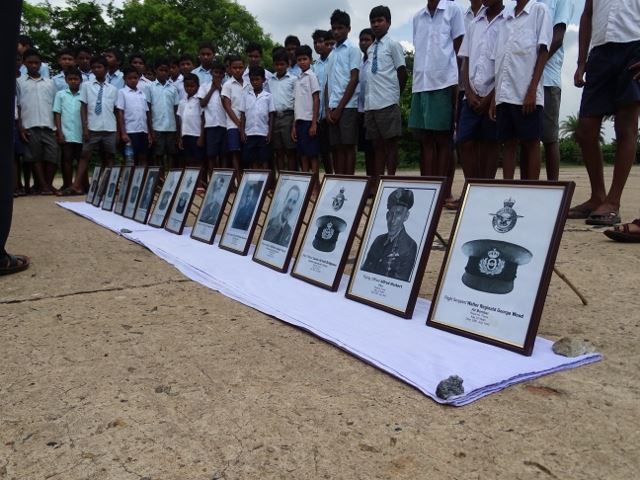 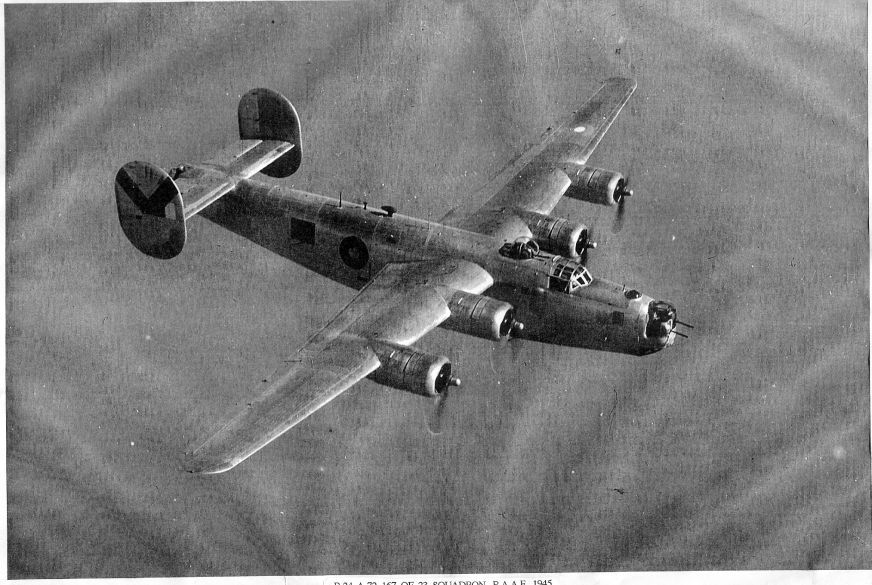 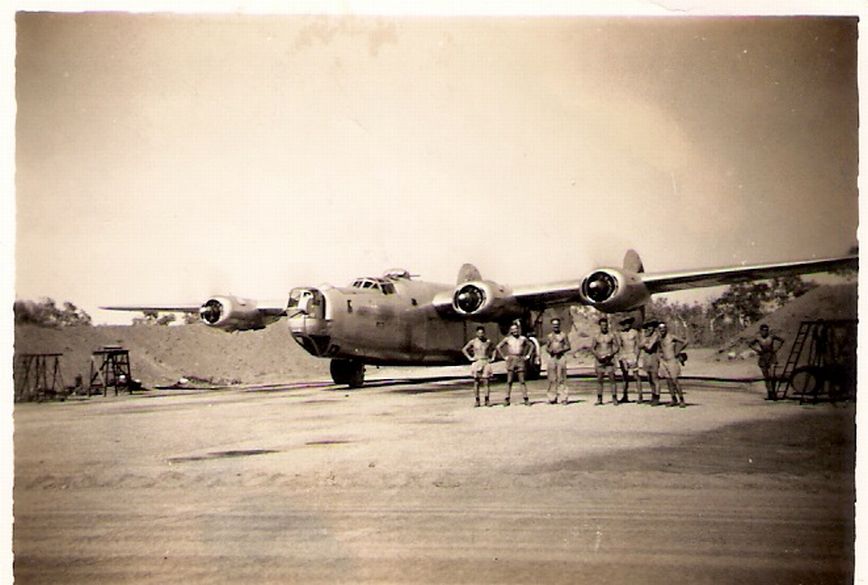 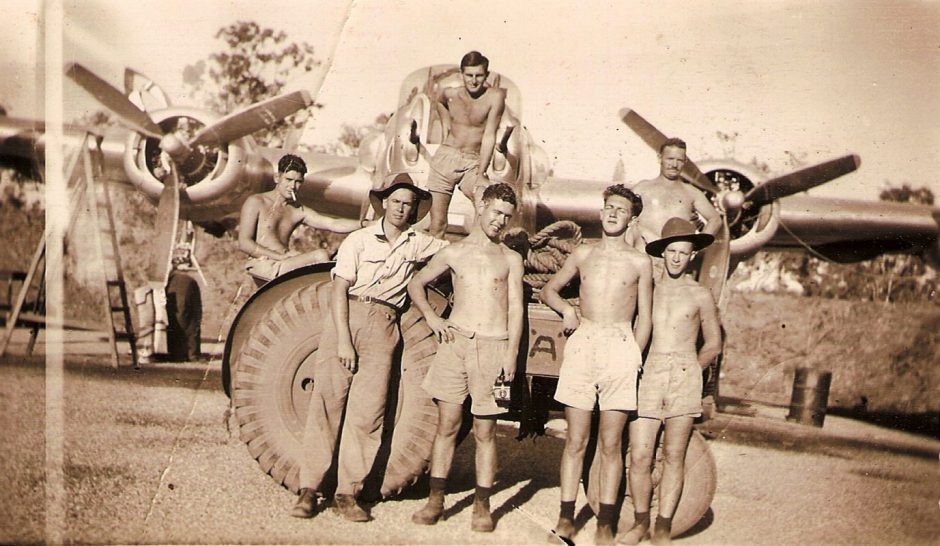 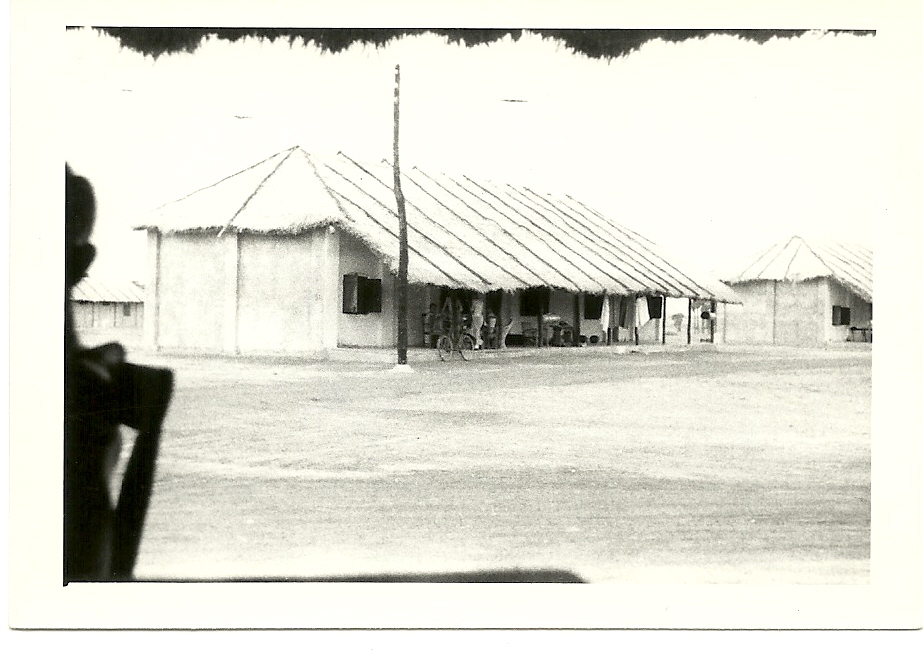 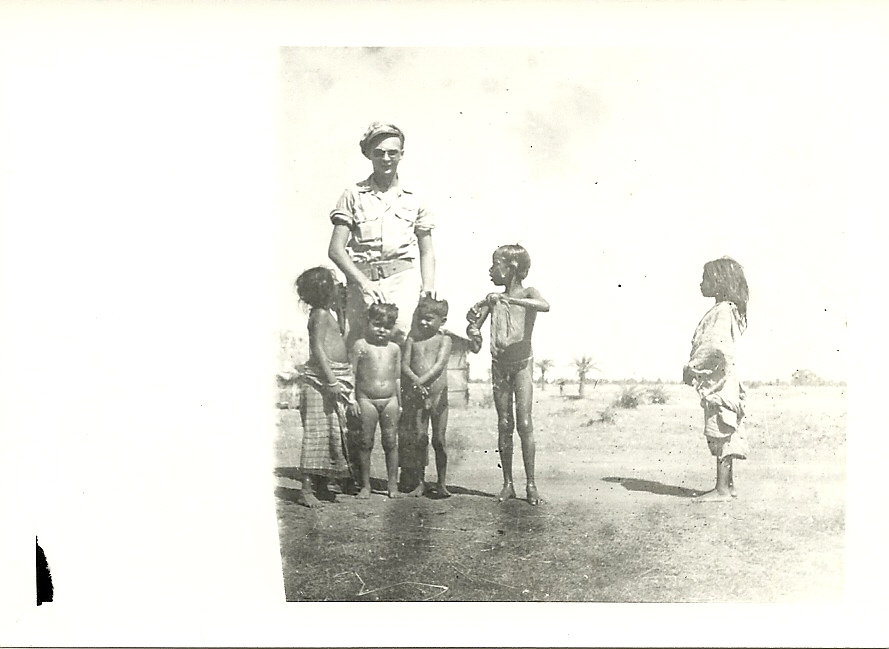 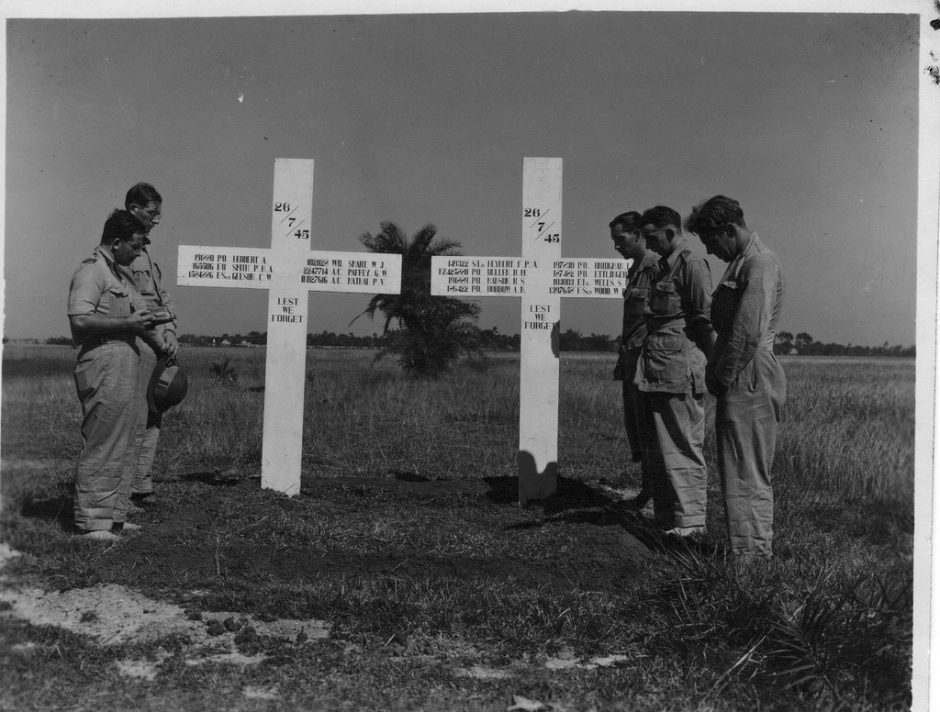 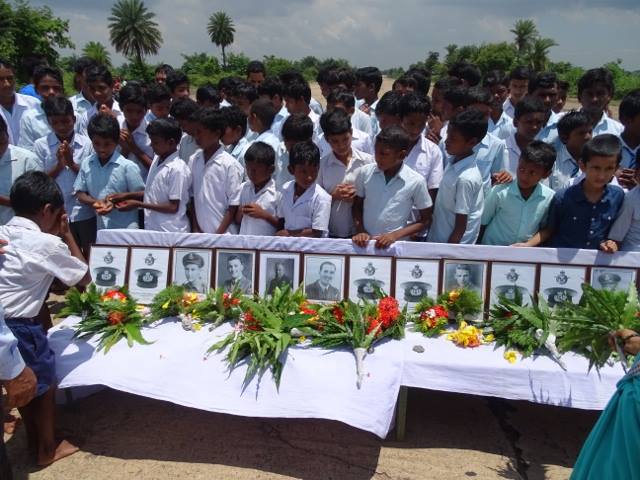 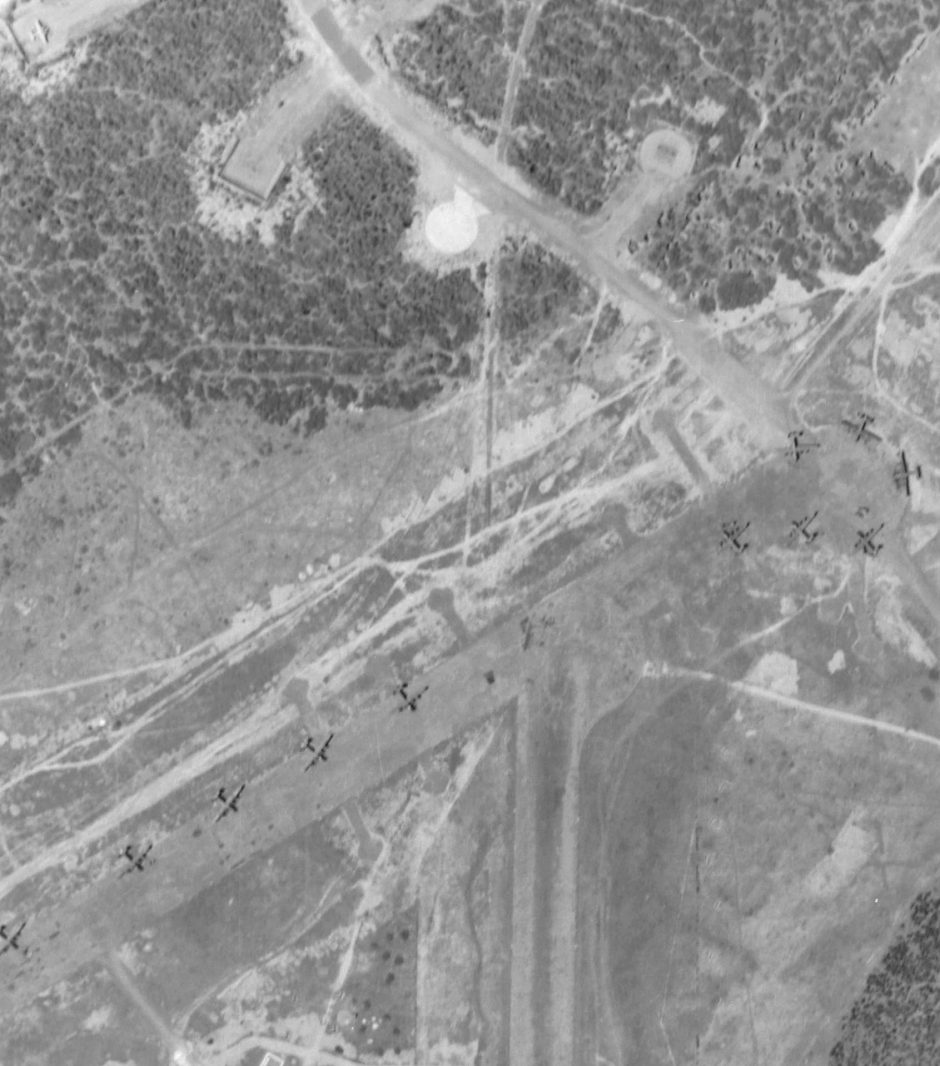 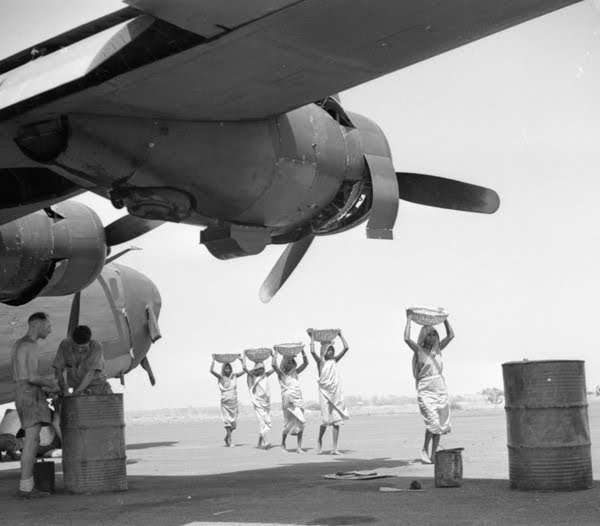 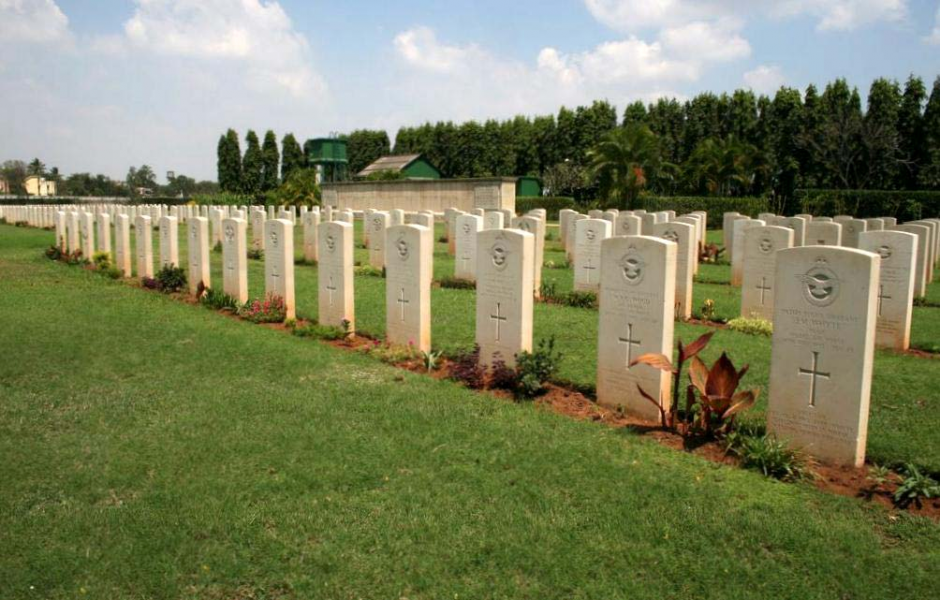 This story begins from a visit to the Madras War Cemetery while I  was doing an article of the War Cemeteries in India.  At the Cemetery I had come across a set of fourteen graves which were of airmen who had apparently died in a plane crash at Amarda Road. The fourteen individually named headstones were arranged side-by-side, but from the Cemetery Registry I came to know that they had been interred as a Collective Grave. A collective grave is a burial of recovered remains which, though not individually identified, constitute of a small group of known individuals.

A detailed enquiry from the Commonwealth War Graves Commission at London put me on to much more. My quest to unravel the mystery of the fourteen graves put me on a six month searching journey. The CWGC informed me that the in 1953 the British Army Graves Concentration Unit had exhumed the bodies them from their original burial site near Amarda Road and transferred the remains to the newly established Madras War Cemetery.

Very few people know that the skies of Odisha had seen the crash of two aircrafts which has collided against each other and resulted in the deaths of   14 airmen. In  July 1945,the War in Europe was over, although the Japanese were still holding our in the Far east, a few weeks later two Atom bombs would bring the World War to an end.

On the 26th of July 1945  two British Royal Air Force B-24 Liberator four-engine bombers, EW225 and EW247, collided at low altitude. The aircrafts were based at the Amarda Road airfield and  were part of a six-plane contingent from the Air Fighting Training Unit engaged in a formation flying exercise. Fourteen airmen – the crews of the two aircraft – died due to the severity of the collision and resulting crashes which happened an altitude of less then 2000 feet. The debris fell into paddy fields swollen from the monsoon rains. The exact spot is now in West Bengal, very near the border town of Jaleswar.

The Rasgovindpur Airstrip, (as it is known today) has a short but secret illustrious history which has never been made public. It had the longest runway in Asia, more than 4 kms long. Even today, it  is the biggest air complex of the continent. The total runways, taxiways, aprons etc were more than 60 kms. Today, when one looks at the silent runway lying mostly vacant apart from a few odd cows grazing, one would find it difficult to associate the  Airport with activities of any kind. But, this airstrip has played a very important role in the defense of India during the 2nd World War. All is forgotten, no details of   the activities that happened here between  1943 and 1945 exist, not even in government  and military records.

The station came into existence during the war as a forward airfield against the Japanese conquest of Burma. The large strip served its purpose well as a landing ground for planes and also as a training space for special bombing missions.

The Amarda Road airstrip, as it was called in war terminology, spreads across an area of nearly 800 acres. Built in the 1940’s at a cost of Rs 3 crore it was eventually abandoned after the war. It was probably named as the Amarda Road Airfield due to the nearby Amarda Road railway station.   As an airfield, Amarda Road fell on the supply route for the Nationalist Armies of China in their fight against the Japanese. Aircrafts from the RAF and the USAF would regularly fly from  this space to China via Chabua (Dibrugarh), Jorhat and Vijaynagar across the infamous hump route over Arunachal and East Tibet.

Amarda Road and other neighbouring airfields Dalbhumgarh, Dudhkundi, Salua, Digri, Salbani, and Chakulia  formed a complex of airfields created by the Allies to stop the impending  Japanese advance in the east. During the war, Amarda Road was, to put it simply, a battle hub. After the war was over, most airfields, including this one, fell into disuse. Today, only the Kalaikunda  airstrip, which was declared an Air Force Station in 1954  exists.

Immediately after the crash, efforts were made to reach the crash site which was located approximately 47 statute miles  as the crow flew  northeast of Amarda Road.  Given the remoteness of the locale, the lack of roads and bridges, and the severely limiting monsoon conditions, little could be done in the short term. There was news of some human remains that were reportedly discovered and then buried on site during the initial search efforts, but the evidence of this is vague and insufficient.

Several  weeks  after  the  accident ( the exact  date is  unknown,  but  most  likely it is between  the  10th   and  24th  of September), Squadron Leader Stanley Bennett, the Padre of RAF Amarda Road, led a party of eleven or twelve men (five RAF members, five or six Indians) on a trek of nearly four days from Amarda Road to the crash site.  By this time weather conditions had improved and the monsoon floods had subsided. They recovered the bodies and buried them in two graves near the crash site.

Because the bodies were not immediately found nor the wreckage located, the families of the dead were not informed about the crash. They were listed as missing in action.

Two weeks after the crash, Hiroshima and Nagasaki happened. The war was over sand the base was hurriedly abandoned. The dead airmen were forgotten.

I contacted war historians and in the course of six months could get much more details of the crash. From the United Kingdom Ministry of Defense’s Air Historical Branch, I managed to get more details of the crash, including official correspondence. They gave me detailed information on the date and time of the crash and the location co-ordinates. The details could be accessed from the log books of the remaining four planes which flew over the crash site for more then two hours and even dropped  relief and rescue materials. The type and mark of the aircraft and the call signs with the crew list and relatives was also sent to me.  The exact co-ordinates were 22’04 North  87’43 East.  I made a recce of the area and could with the help of an advanced GPS locate the exact site where the aircraft had fallen. I even found three old men who recollected the events of the day.

And now the poignant story. I  managed to contact  the living relatives of 10  of the dead. One is the 100 years old brother of Flight Sergeant Cyril William Geeson – Flight Engineer who died aged 23 and the other is the daughter of    Flight Officer Peter Ettlinger   who was the  Flight Engineer of the flight and died  aged 30 years. Ettlinger’s daughter was just ten months old when her father was killed in the crash. He had never seen her.  She has been researching the crash of her father from the last fifty years. In fact she has made three visits to India but could only visit her fathers Grave at the Madras War Cemetery. She did not know about the Armada Strip and the crash site.

The relatives of these airmen were very surprised when I contacted them. Most of them had given up hope of knowing any more about the death of their loved ones. I got heartbreaking letters from the. The 100 years old brother of Cyril Geeson tells me that he still remembers his brother every single day. He has written me a personal letter and sent me photographs of his brother who had died 67 years ago. For Yvonne, the daughter of Peter Ettlinger, it was a very emotive surprise when she received my email. She is a retired schoolteacher, now aged 67 years.

I was deeply moved by the letters I received from them. It took me three years to trace the relatives of the only Indian P.V.Mathai. The Malaya Manorama carried my story for weeks, until they got a response from the relatives.

I   have been requesting the governments of Odisha and West Bengal to erect small memorials for these airmen at Amarda Road and the crash site. This is the least we can do for these brave men who gave up their lives for the defense of our motherland.

The story of this crash and the victim had been lost in history. Aditya Patnaik, the Gandhian who runs the Eye Hospital at Rangamatia adjoining the Air field   has proposed that he would give ample space in the Gandhi Gurukul for setting up a small museum which will highlight the importance of the airbase during World War II.   I have written to the different embassies for material to be displayed at the Museum, and they have also responded favourably. Next year we will have the museum ready.

I have also completed  a book  on the history of the base the and crash which would be released on the next commemoration day.

The crew of Consolidated B-24 Liberator EW247: