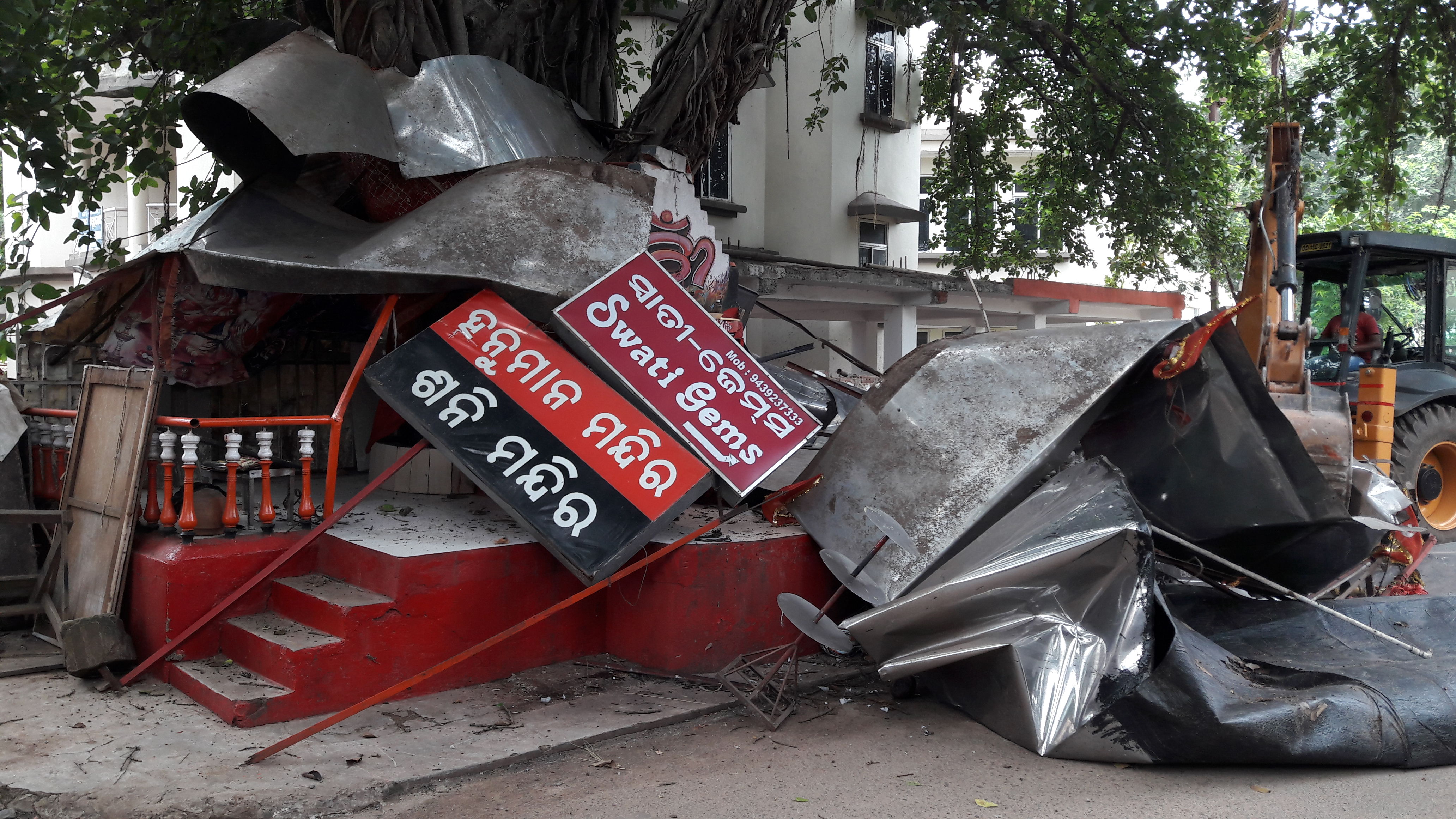 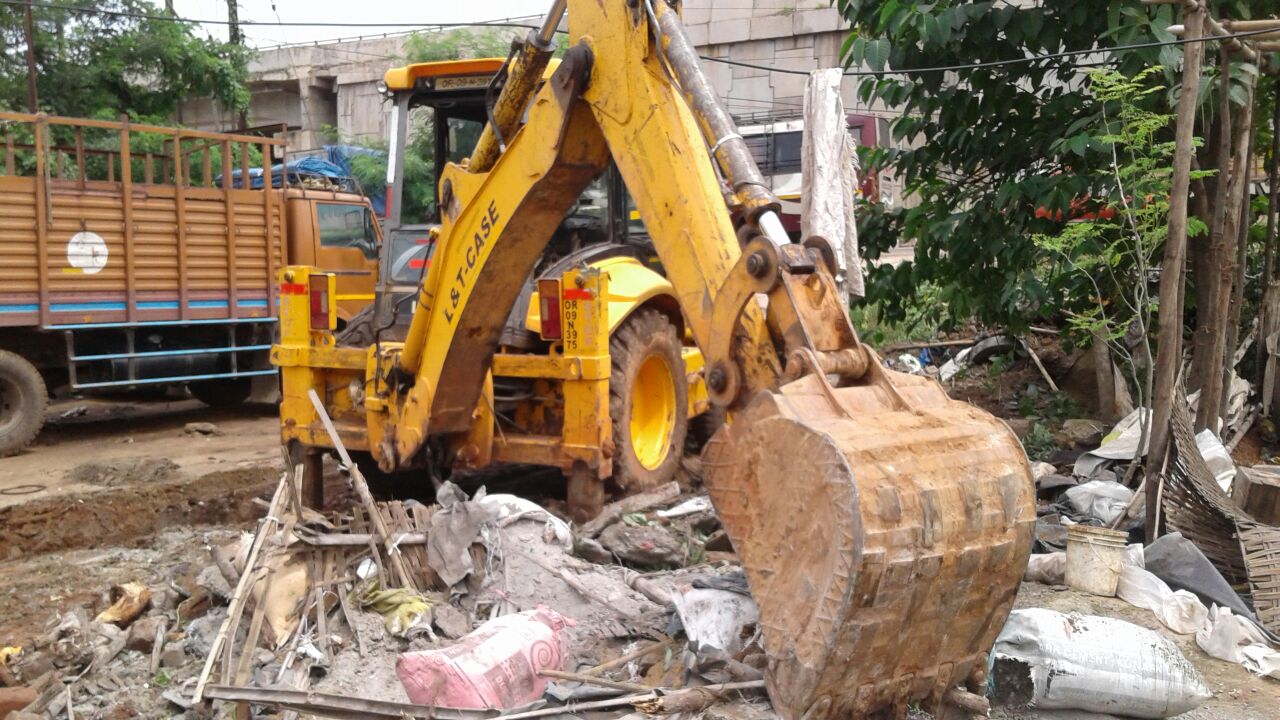 The joint team of BMC, BDA and Commissionerate Police today carried out extensive eviction and demolition of unauthorised structures including some illegal religious institutions over government land in Kharavel Nagar, Chandrasekharpur and near Rasulgarh Square.

While the day’s eventful journey to free the city from unauthorised and illegal structures, started along the public road leading from Amber shop and Jayshree Plywood at about 10.30 am, it continued till 2.30 inside Kharvel Nagar. BMC Zonal Deputy Commissioner Binay Kumar Dash led the eviction drive, which also comes under the Bhubaneswar Town Centre District, also known as the Smart District.  It can be mentioned here that during the last council meeting of the corporation, it was decided to go strong against the illegal occupants of government land.

While the joint squad evicted encroachments over road from Amber Square to PH Square near Hotel Hindustan International (HHI), the balance encroached portion will be conducted tomorrow due to shortage of time. Senior enforcement officials from BDA were also present during the drive.

In another simultaneous act today the enforcement team today rushed to the spot near Joggers’Park in Chandrasekharpur to free the parking lot of the park, which was encroached. The team removed an unauthorised construction of a temple and freed nearly 2,500 square feet area.

Similarly the eviction squad today carried out an obstruction from the newly-constructed public toilet at Rasulgarh Square by BMC enforcement squad to facilitate entry of the citizens to use the facility. The obstruction was removed and people can now use the toilet.