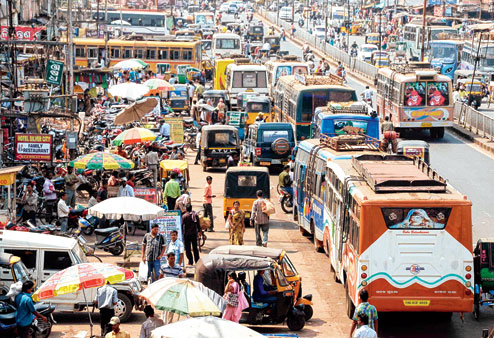 To lessen traffic difficulties and provide more amenities to passengers, the Badambadi bus-stand in Cuttack would be renovated by January 2018, said Commerce and Transport Minister Dr Nrusigha Charan Sahu here on Thursday.

He said a total of Rs 3.03 crore has been targeted to be spent for the renovation work to be undertaken by the State Police Housing and Welfare Corporation.

Cement flooring, toilets and passenger rest sheds would be reconstructed as these have been damaged, said Sahu.

He too informed that the work for the proposed inter-State bus terminal over 42 acres of land at Gopalpur near Cuttack city would begin soon. The land has already been acquired and transferred to the Commerce and Transport Department.

Once the terminal comes up, the traffic jams at the Badambadi Bus Stand would be lessened, he added.