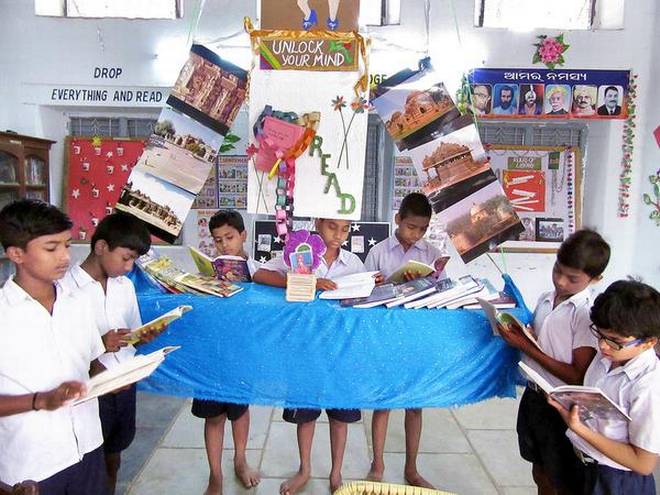 Schoolchildren in Ganjam district of Odisha are being lured into the reading and writing habit in an entertaining manner through a unique project named ‘Drop Everything and Read’ (DEAR).

DEAR, an innovative interactive library movement project, was initiated in the district around three years ago. It has already earned national recognition. In 2015, the project was selected for a national award for innovation in educational administration. The project was started in Ganjam district in December 2014 in around 1,000 schools. At present, the project is successfully continuing in over 4,000 government managed or aided schools of Ganjam district.

“This project targeted the alarming issue of declining reading habit among school students, which was also affecting their writing skills. Students were found to be concerned only about their textbooks and we wanted to make the children feel that reading is linked to studies and examination only. It can also be entertaining and activity of pleasure,” said District Education Officer (DEO) of Ganjam, Sanatan Panda.