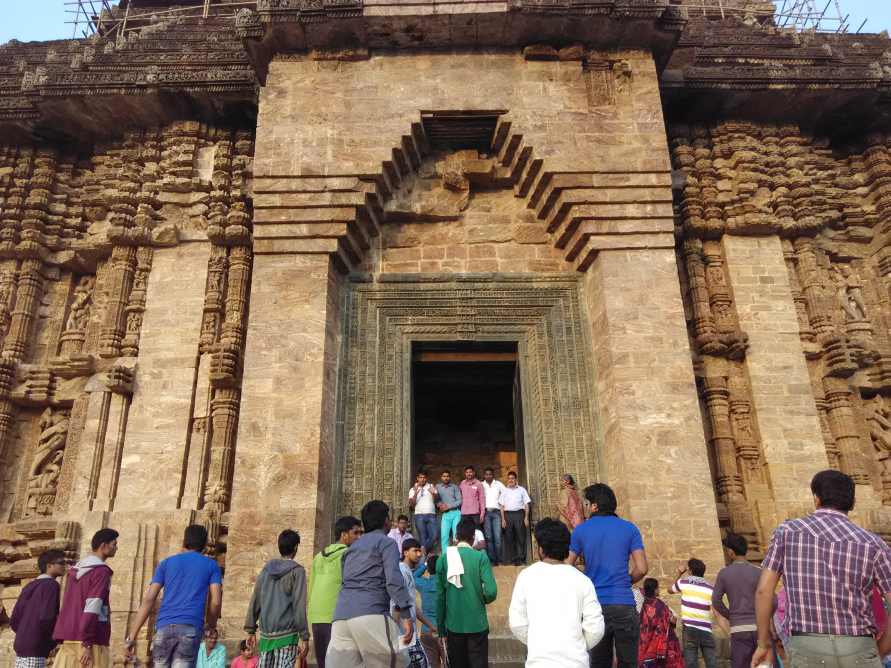 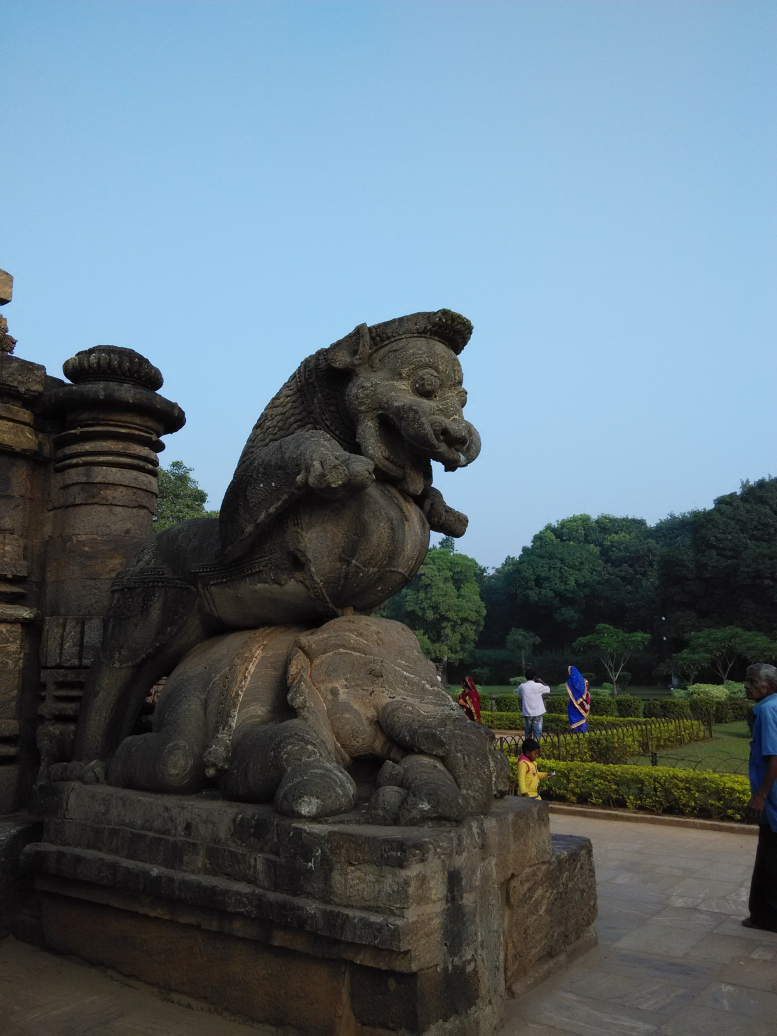 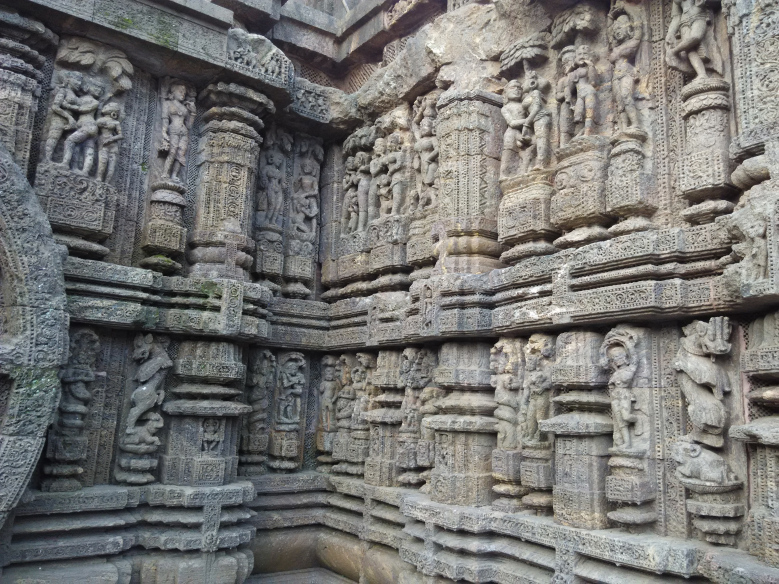 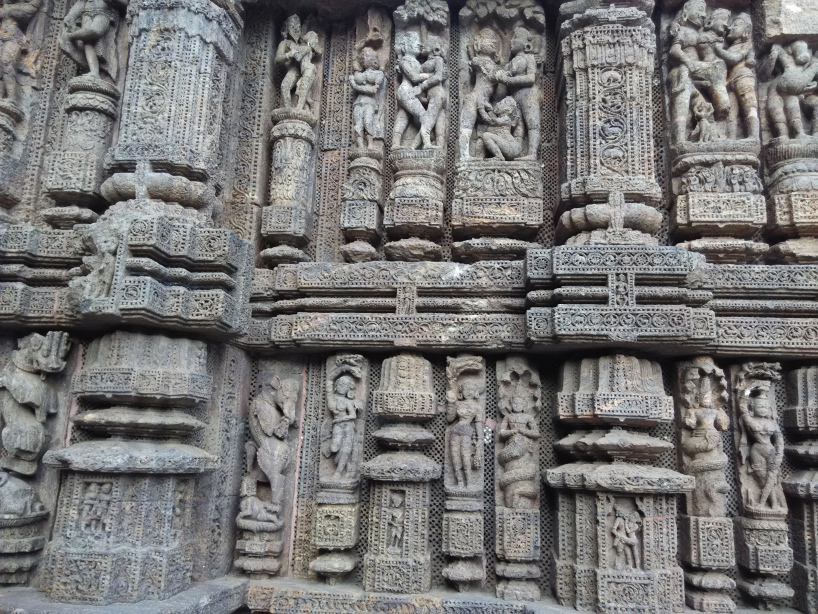 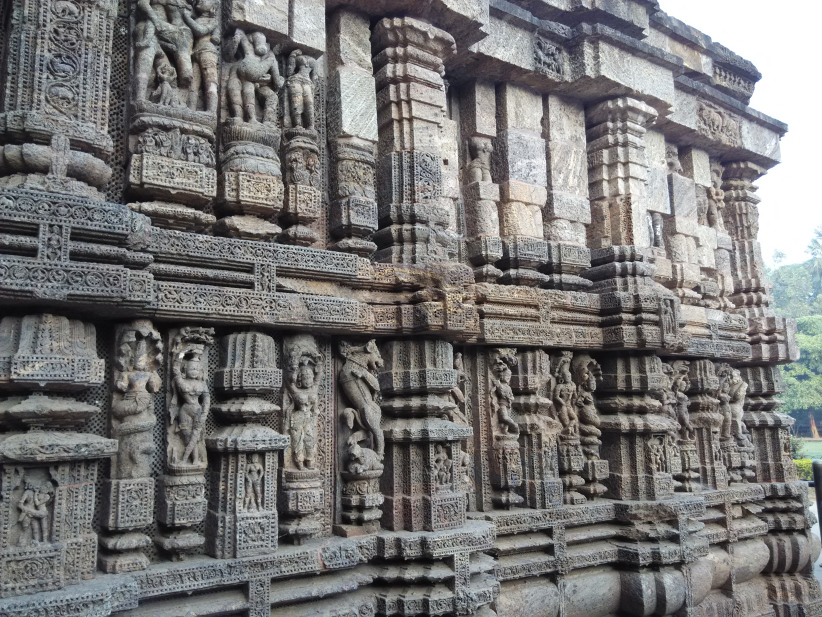 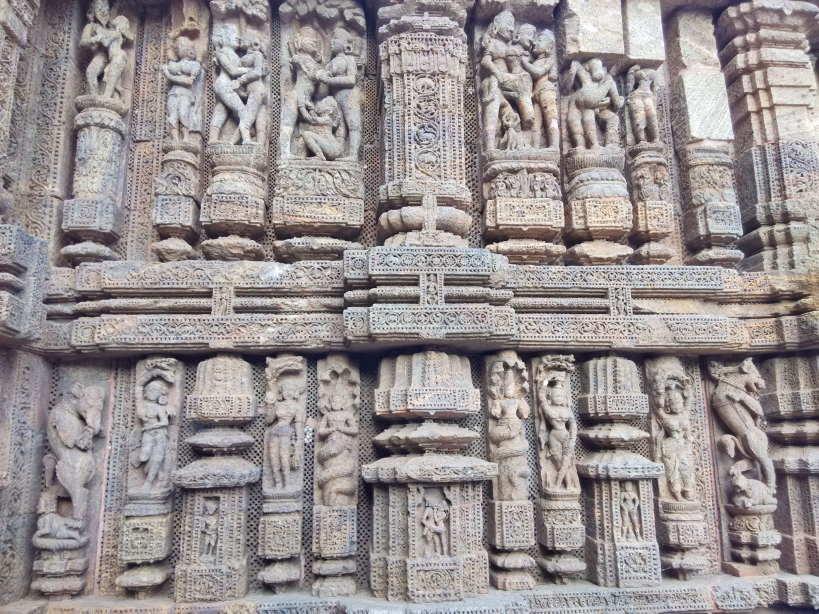 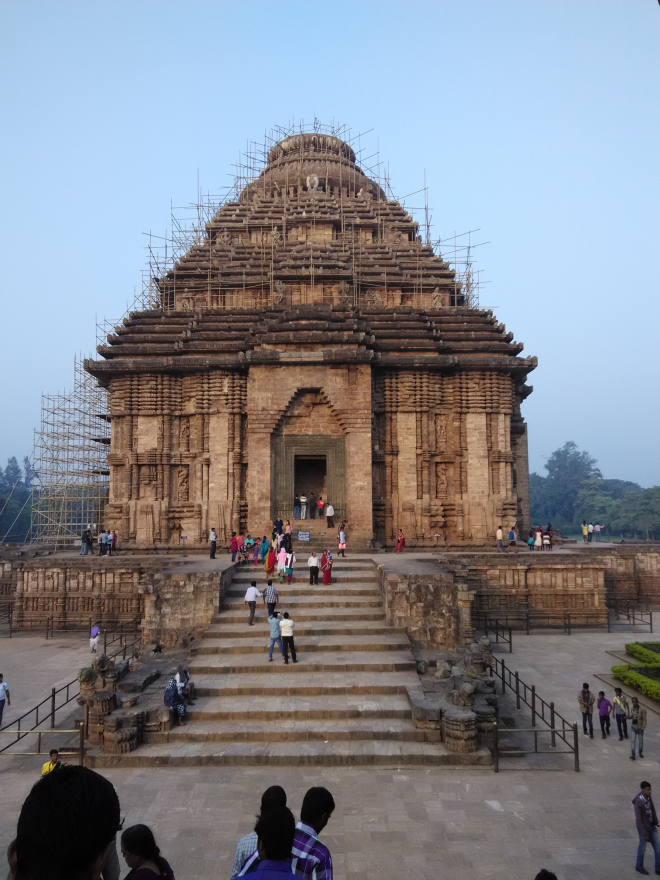 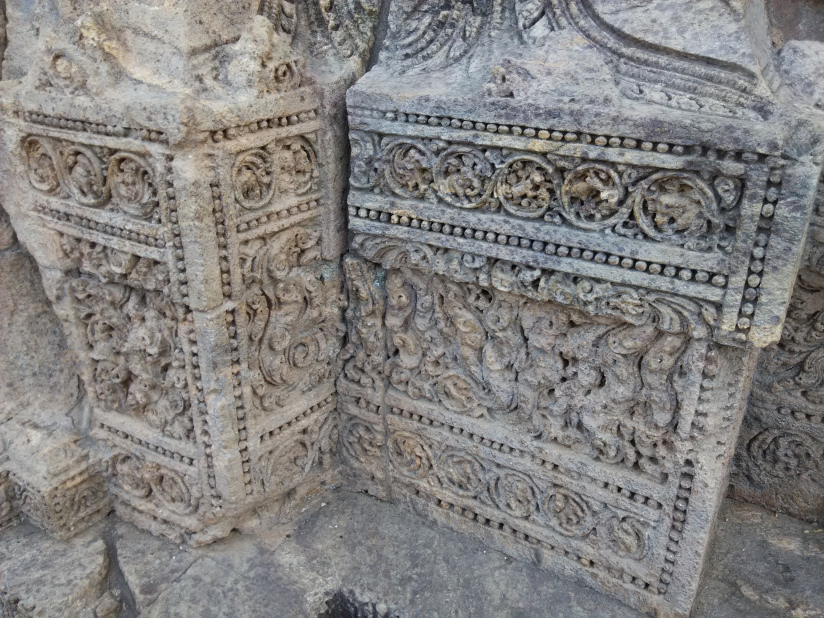 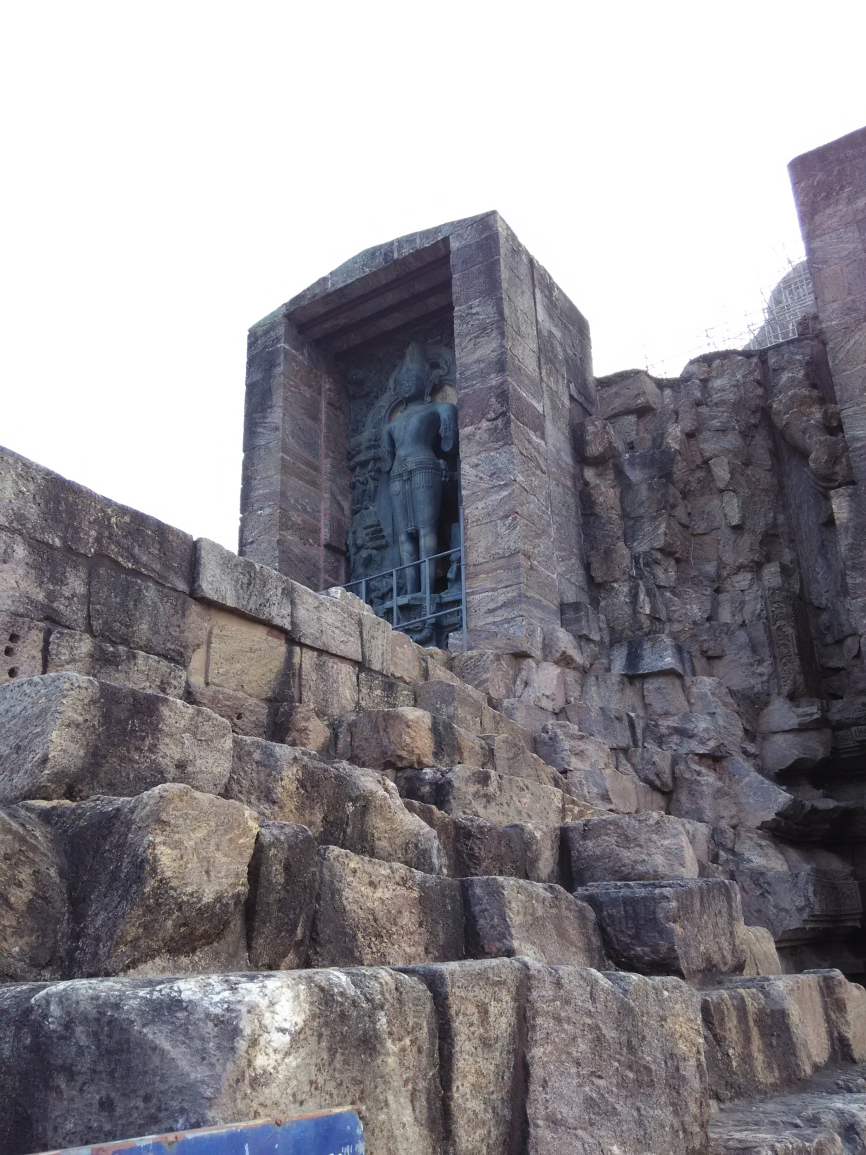 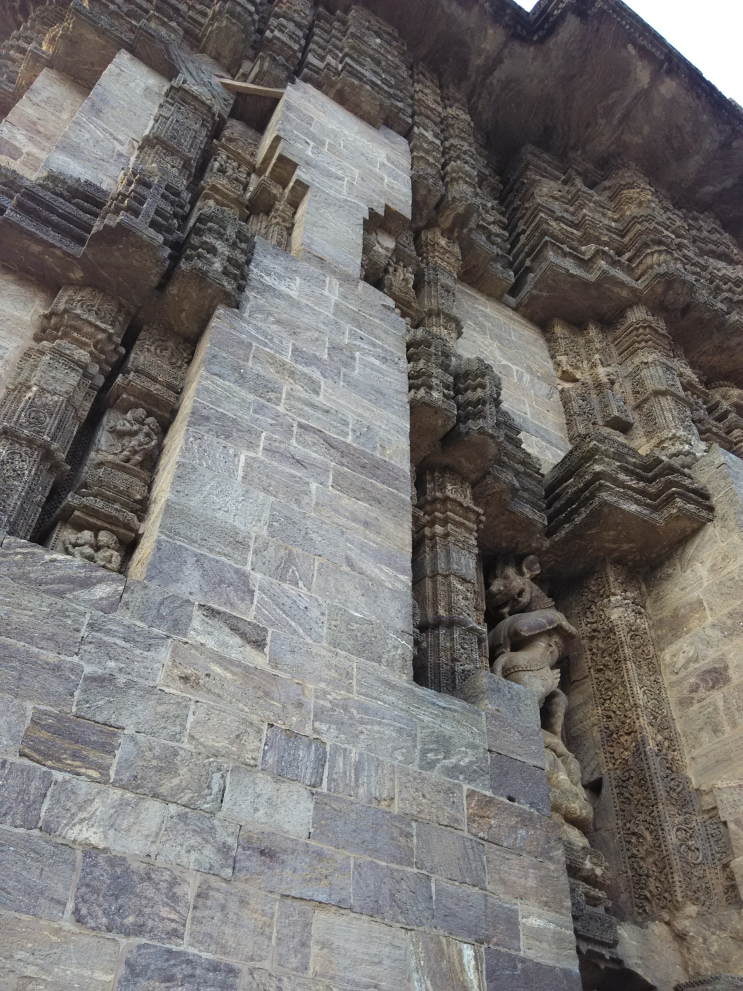 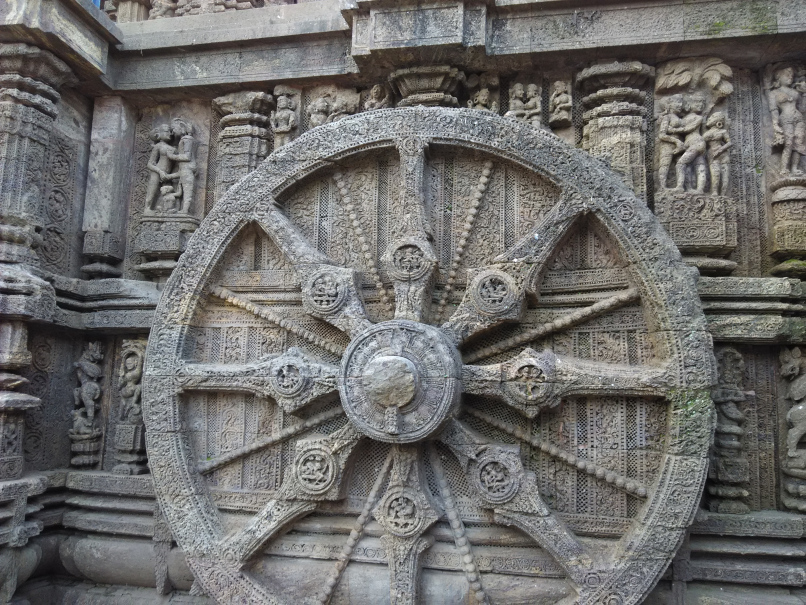 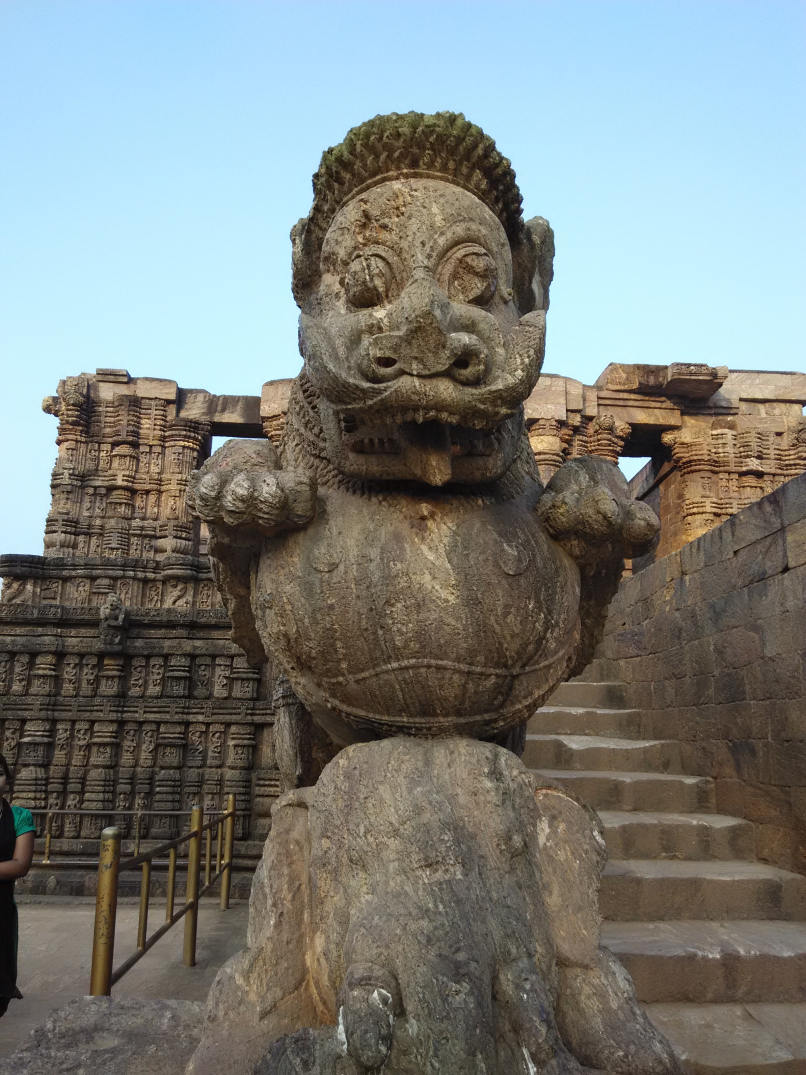 Konark Sun Temple situated in Odisha, India is a temple dedicated to
Sun God, Surya. It was built on the shores of Chandrabagha Beach but
the waterline slowly receded with time. It was built around 13th
century by Narasimhadeva I of the Eastern Ganga Dynasty  and took 12
years to build and required 12,000 artisans. It was declared a UNESCO
World Heritage Site in 1984.

The temple is designed like a chariot having 12 pair of wheels and 7
horses. The main portion has fallen down and just the front portion
remains. Now many poles are placed to protect the front portion from
falling.

Legend has it that after completing the temple the chief architect
Bisu Maharana and his workers were unable to place the temple crown
stone properly. It would always fall down. Frustrated, the king
ordered the temple to be completed in 3 days or all the artisans be
put to death. At the time, Bisu’s 12 year old son, Dharmapada
happened to come around. Bisu didn’t know that he was his son as he
had left his home 12 years ago while his wife was pregnant.

Dharmapada successfully placed the crown stone in its place. But the
artisans were still apprehensive that the king would be displeased to
know that a boy succeeded in doing what his best artisans couldn’t. To
save his father and his co-workers, Dharmapada climbed onto the temple and leapt into the water.
It is said that due to this reason ,God is not worshipped in this
temple. But this might just be a myth because according to some
medieval texts, worship ceased in the temple around 18th century.
There was also a huge pillar called, Aruna Stambha on entrance of the
temple but it was later moved to Puri Jagannath Temple.

You’ll have to be there to believe that these intricate designs can
actually be carved on stones.

Here’s the link to the original post on my blog for reference:
https://thetraveloholic.wordpress.com/2015/01/18/konark-temple-the-black-pagoda/