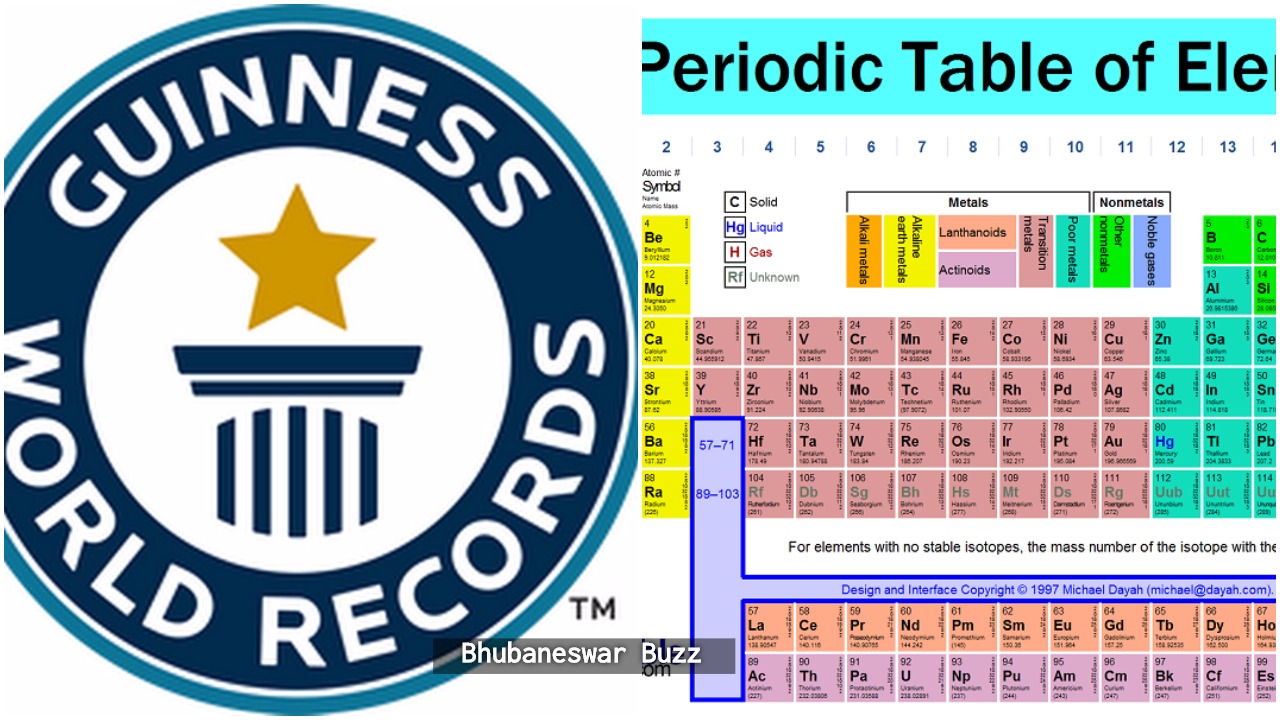 He named and identified all 118 elements of the periodic table, in chronological order and correct spelling, within the stipulated time of the current record of 240 seconds to achieve this feat. Brahmanand actually went on to set a new Guinness World Record by achieving the feat in three minutes and 54.06 seconds (234.06 seconds).

A principal scientist (Agronomy) with the ICAR-Indian Institute of Water Management, Bhubaneswar, Brahmanand was required to memorise and type names of all elements – starting from the first element ‘hydrogen’ to the 118th ‘Ununoctium’ – within the specified period in an online programme devised for this purpose as per directives of Guinness World Records.