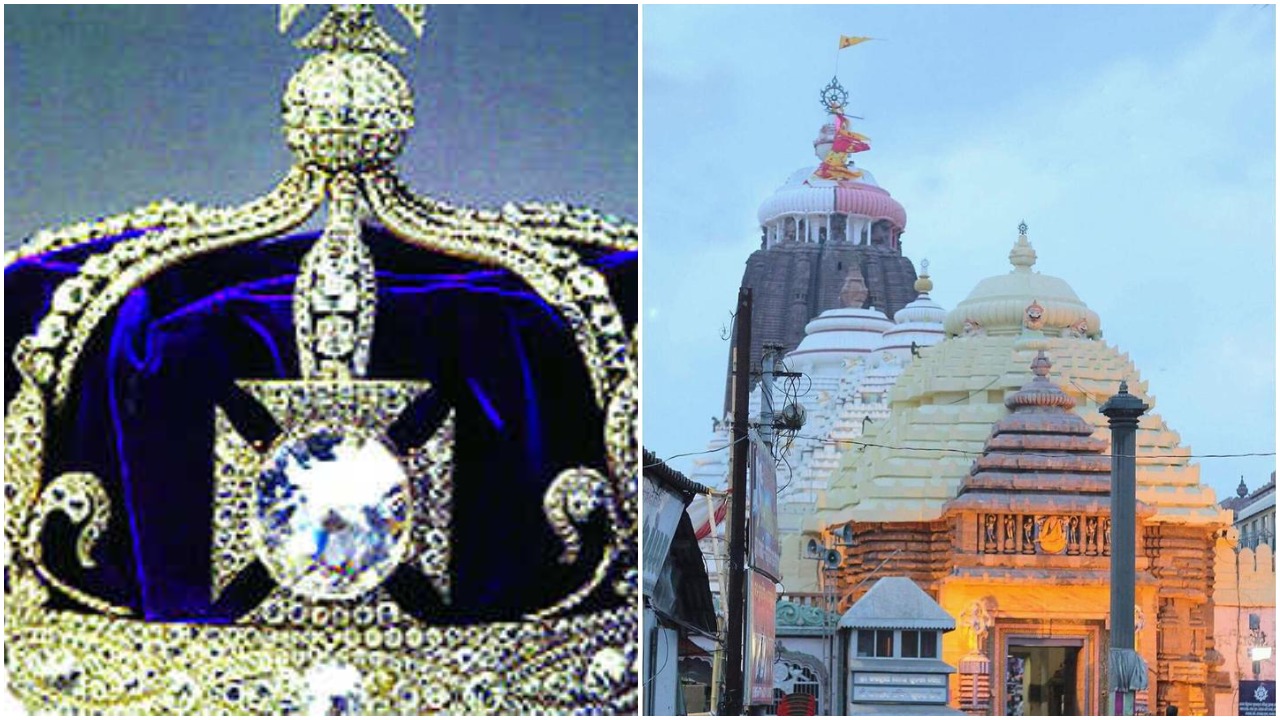 Earlier, in April 2016, the Government  of India had told the Supreme Court that the Kohinoor diamond was neither “forcibly taken nor stolen” by the British, but had instead been gifted to the East India Company by the successors of Maharaja Ranjit Singh. The Archeological Survey of India has now made matters murkier by contradicting the government’s stand by stating in a recent RTI reply that the diamond was in fact “surrendered” by Dalip Singh to Queen Victoria of England.Jawaharlal Nehru had once said, “Diamonds are for the Emperors and India does not need Emperors.”

According to Anil Dhir, who has researched the Sikh connection with the Jagannath Temple, there is ample documentary proof that Maharaja Ranjit Singh had bequeathed the Kohinoor diamond to the Jagganath temple before his death in 1839. A letter written by the British government’s political agent from a camp near the Khyber Pass on July 2, 1829 is preserved in the National Archives of India at New Delhi. The letter, addressed to T.A. Maddock, the officiating secretary to the Government of India says: “Although the right Hon’ble Governor General of India will have received the melancholy intelligence of the demise of Maharaja Ranjit Singh before my report on that event can arrive, I deem it my duty to announce that his highness expired at Lahore on the 27th ultimo.” Maddock also wrote: “During the last days of his illness, his highness declared to have bestowed in charity money, jewels and other property to the supposed value of 50 lakhs of rupees. Among the jewels, he directed the well-known Coh-I-Nur (Kohinoor) diamond to be sent to the temple of Jagannath at Puri.

Dhir says that is an established fact that Maharaja Ranjit Singh had donated more gold and silver to the Jagannath Temple in Puri than even to Golden Temple. He had a lifelong yearning to visit Puri, but his impairments restricted him from taking such a long journey. Just ten years later, the British took away the diamond from Ranjit Singh’s son, Dalip Singh, in 1849, even though they were fully aware of it being bequeathed to Lard Jagganath at Puri.

A.B.Tripathy, Convener of INTACH Odisha is of the opinion that the Kohinoor’s rightful place is at the Jagannath Temple. He said that a INTACH team had met the Director of the National Archives of India in May this year with a request that the original letter mentioning Ranjit Singh’s wishes should be displayed at the Bhubaneswar Centre of the Archives.

Dhir says that the claim for the return of the Kohinoor was first done soon after Independence 1947 by the Government of India. Another request followed in 1953, the year of the coronation of Queen Elizabeth II. But the really fight erupted in 1976 when the Zulfiqar Ali Bhutto, in a letter to the British Prime Minister, James Callaghan, submitted a formal request for the return of the diamond to Pakistan.  Pakistan’s claim was refused, but Callaghan gave a written assurance to Bhutto that there was no question that Britain would have handed it over to any other country. Shortly after, a major newspaper in Tehran stated that the gem ought to be returned to Iran. In November 2000 the Taliban regime demanded the return of the diamond to Afghanistan.

For the record, the Kohinoor had been in the possession of Mughal rulers in Delhi for 213 years, with rulers in Kandahar and Kabul for 66 years and with the British for nearly 170 years.

Dhir said that the RTI reply by the ASI is highly irresponsible and a distortion of historical facts. It seems that the  ASI too is parroting what the British has been all along saying, that the Kohinoor was surrendered in the Treaty of Lahore, little knowing that  Dalip Sigh just did not have much choice in the matter.