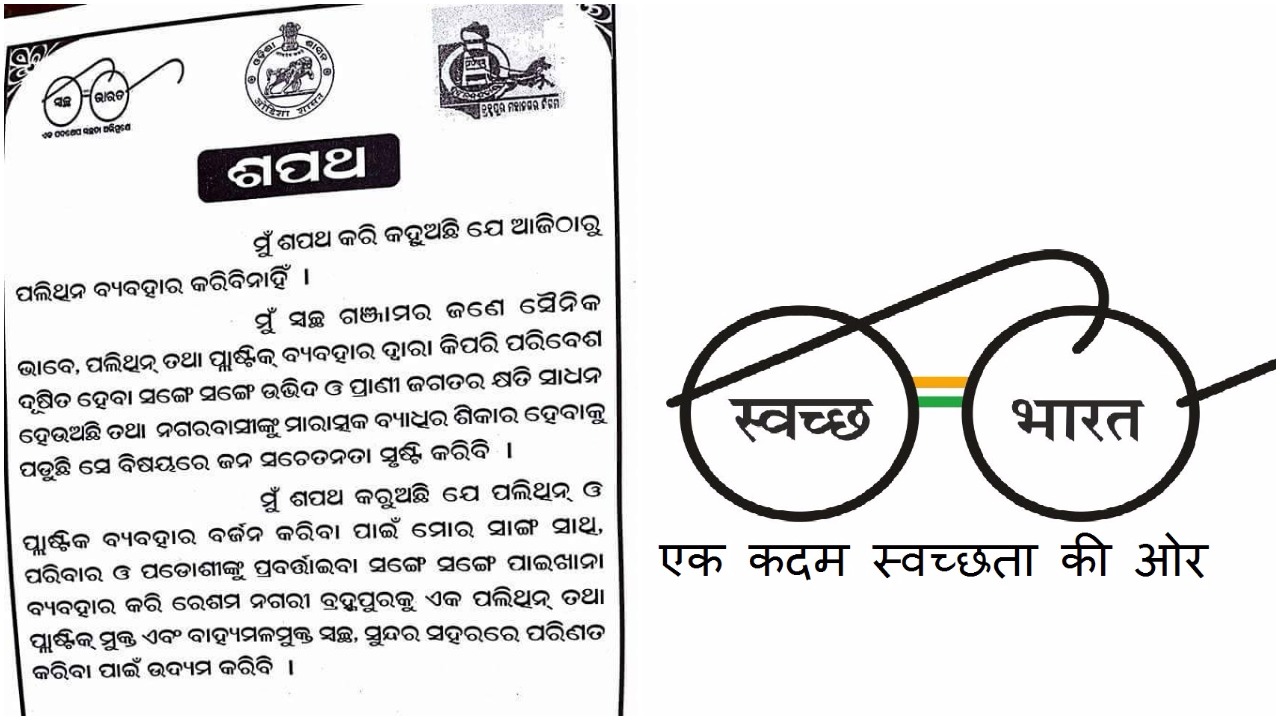 An awareness campaign was carried out to make Berhampur in Odisha polythene and open defecation free (ODF) under the Swachh Bharat Mission. 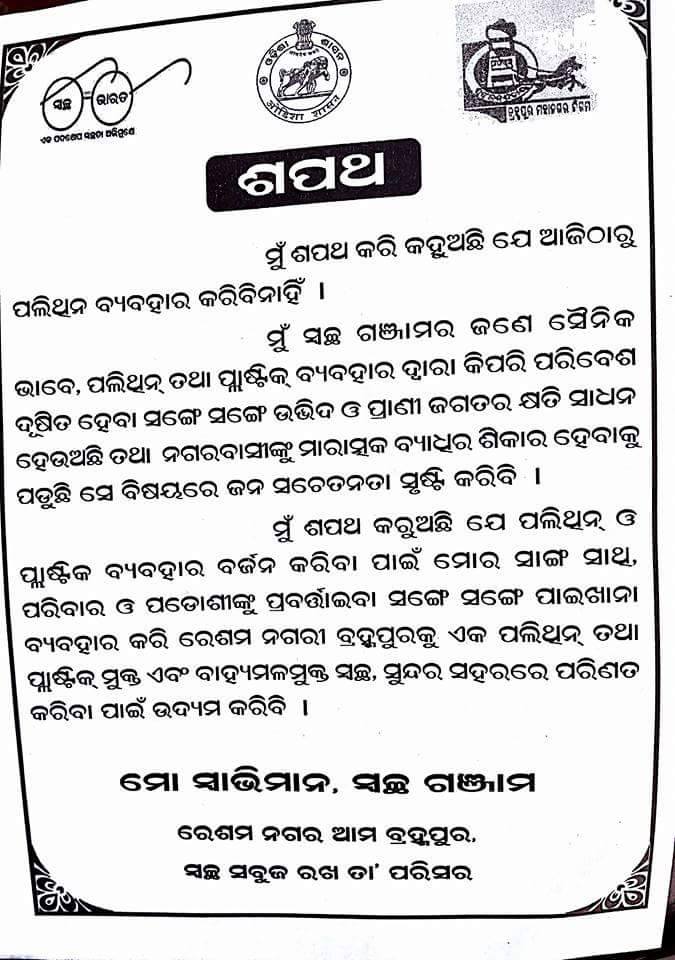 School and college students along with government officials and campaigners participated in the special rallies organised by Ganjam district administration at different places in the city.

The rallies were followed by a public discussion on implementation of polythene/plastic ban and eradication of open defecation under Berhampur Municipal Corporation.

“We have decided to strictly implement the ban on polythene and plastic,” said the collector.

“We appeal to all individuals to improve the sanitation status of the city. Open defecation not only leads to groundwater pollution but also spreads waterborne diseases,” said the minister.

“We received 3,500 applications for the construction of household latrines in the city. Of these, the work order was issued to 1,125 persons,” said an officer of the corporation.

Besides, the corporation has constructed six toilet complexes, he said.

Hybrid toilet complexes having 505 seats will be set up in the city under Atal Mission for Rejuvenation and Urban Transformation Yojana by the end of March 2017, officials said.