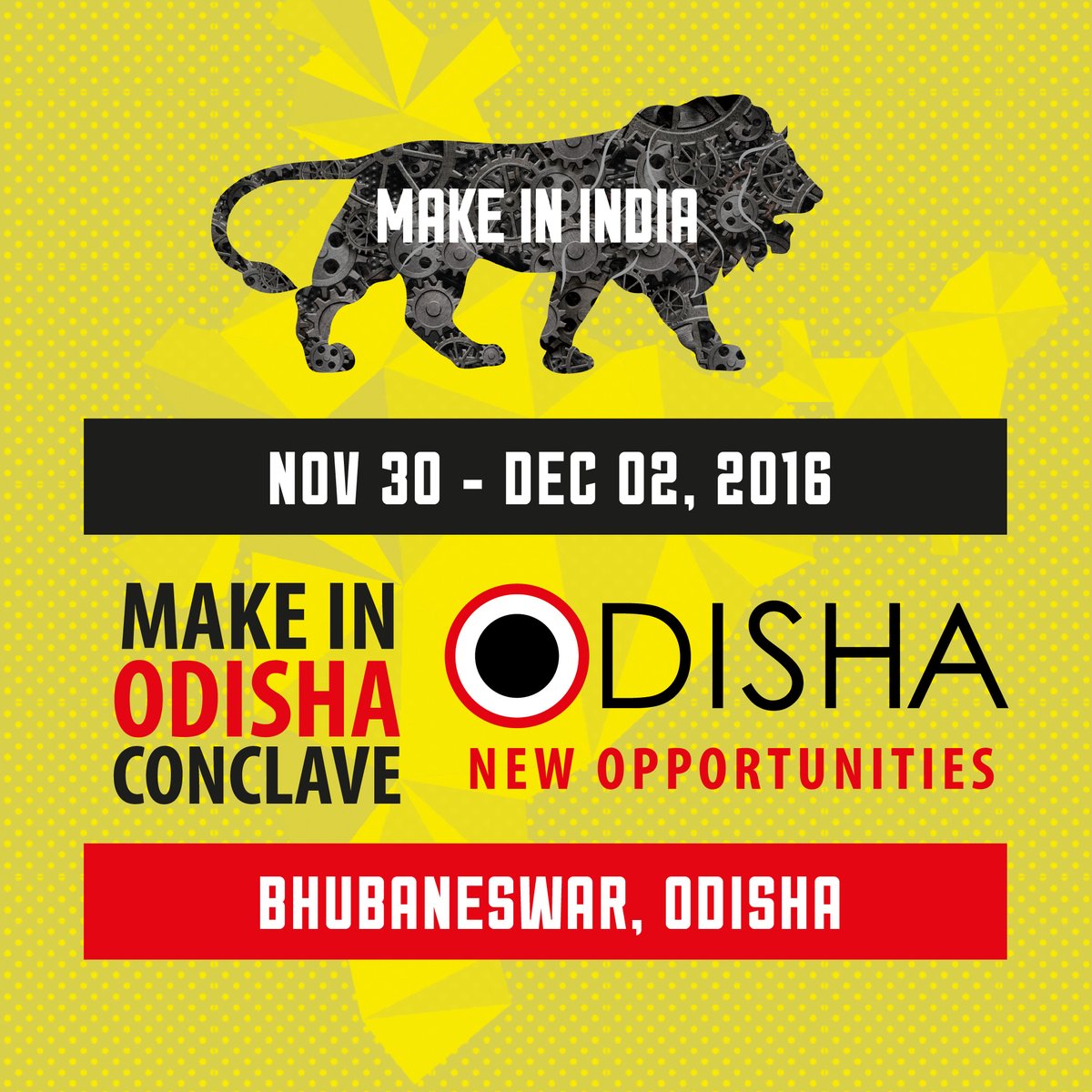 The conclave, the first such mega investor meet in the state, aims at achieving Odisha’s goal of making the state a manufacturing hub of the East and most preferred investment destination in India. Odisha, which rolled out eight policies to woo the investors, has been identified as one of the three states to host ‘Make in India’ shows in the country.

The ‘Make in Odisha’ conclave is being organised in collaboration with DIPP, Government of India and CII as Industry Partner. The objective of the conclave is to showcase the manufacturing eco-system of the state to investors, highlight investment opportunities across focus sectors of the state and elicit investment intention from the companies, Odisha Industries Minister Debi Prasad Mishra said.

The event is expected to see participation from key companies from across the country. One of the key elements of the conclave is organisation of eight sectoral sessions on state’s identified focus sectors including smart city, chemicals, petrochemicals and plastics, tourism, textiles & apparel, food processing, skill development, electronics manufacturing & IT and defence manufacturing.

The conclave will also witness holding of INNOVEX, flagship event of Young Indians — the youth wing of CII, which will focus on fostering innovation and entrepreneurship among the youth. The event will provide opportunities to participants to interact with acclaimed speakers from Silicon Valley, USA and from across the country on innovation, funding and entrepreneurial skills. Successful start-ups from the state will be sharing their experience and learnings. The state government recently formulated a new Start Up Policy with a vision to emerge among the top 3 Start-up Hubs in the country by 2020. About 100 companies have so far confirmed their participation in the conclave.