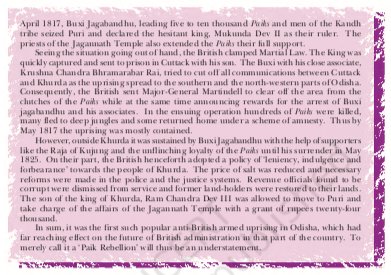 Chapter on Odisha’s Paika Rebellion has been included in History book of Class VIII by NCERT. There is a chapter on freedom fighter Veer Surendra Sai in the book as well. Info courtesy : Diana Sahu (Twitter)