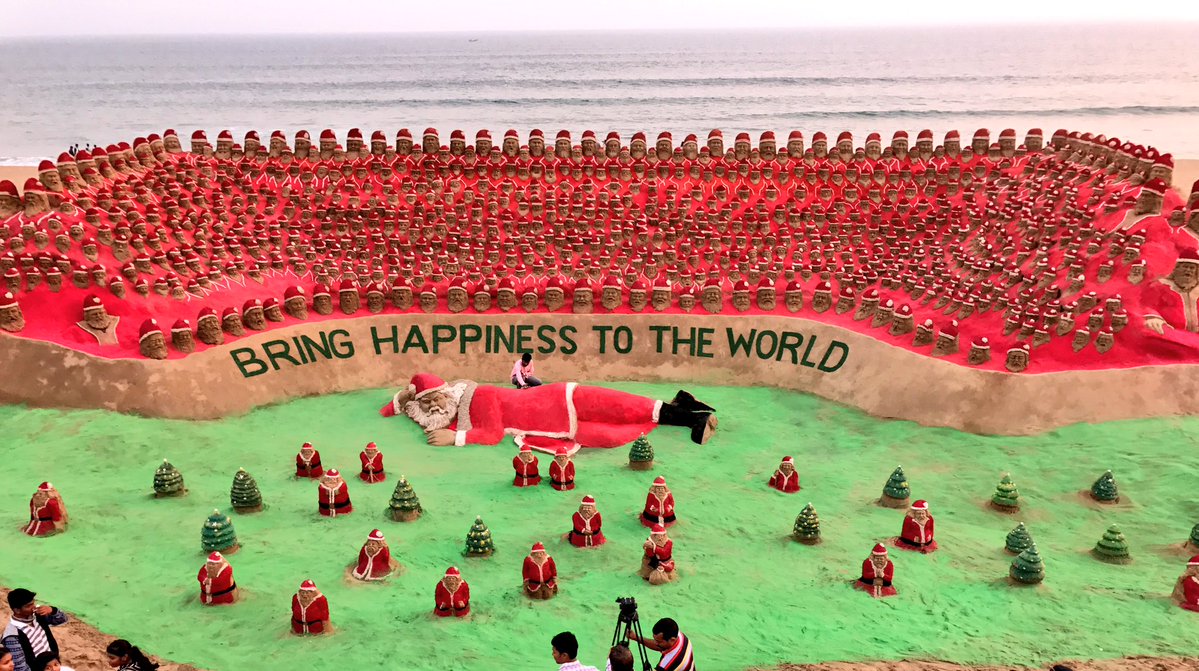 Sudarsan Pattnaik  is eyeing for yet another world record by creating 1000 sand Santa Clauses on Puri beach in Odisha. Pattnaik – who aims to spread social messages through his art – has carved a message of ”Bring Happiness to the World” in the sculptures, to generate awareness about the need for global happiness. He worked on the sculptures over four days along with 35 of his students from Sudarsan Sand Art Institute of Puri. 1000 tonnes of sand were used to create the sculptures.

Read more from times of india