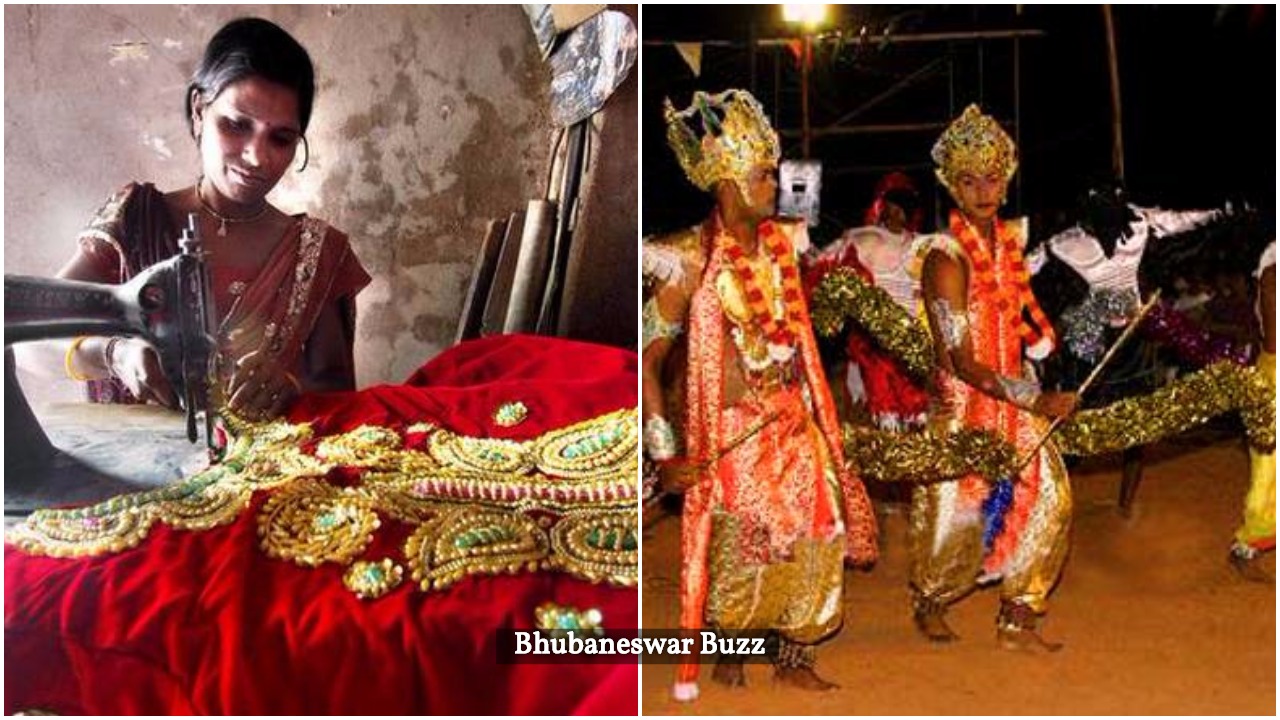 The tiny village of Narasinghpur in Jajpur district is where all royal jatra costumes are born.

Mythological and historical plays across Odisha countryside have various protagonists and themes. However, all are bound by a common thread — the skilled hands that made the glittering costumes in which they’re “exiled, fighting or ruling”.

Whether it’s the magnificent crown worn by demon king Ravana, the plain white cloth worn by Lord Rama during his exile or even the costumes worn by emperor Akbar’s courtiers, the tiny village of Narasinghpur in Jajpur district is where all royal jatra costumes are born. Jatra is a popular form of melodrama. The turnover of this industry is much bigger than that of the Odisha film industry

The adept costume-makers of Narasinghpur have contributed immensely to jatra theatre in Odisha, the neighbouring West Bengal, Jharkhand, Chhattisgarh and parts of Andhra Pradesh. Although modern dramas have forced mythological and historical plays to wait in the wings, costume-making skills are still being passed on seamlessly from one generation to another in this village.

“About 200 households in the village are engaged in costume making. Everybody in the family contributes towards the making of these glamorous outfits for the characters,” says septuagenarian Sridhar Nayak while instructing young tailors about the finer details of stitching at his Nayak Chitralaya at Haripur market, located about 80 km from the Capital city of Bhubaneswar.