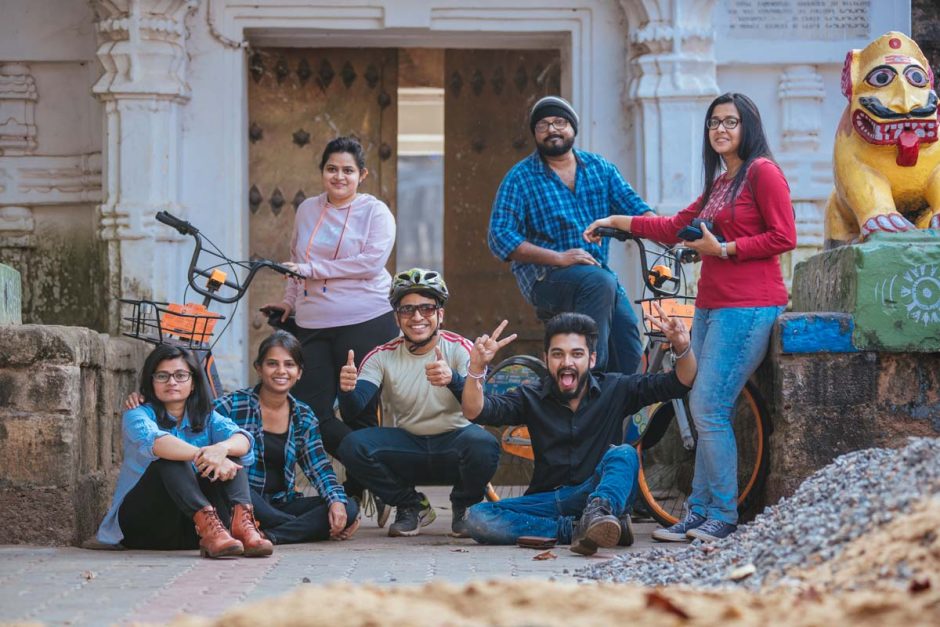 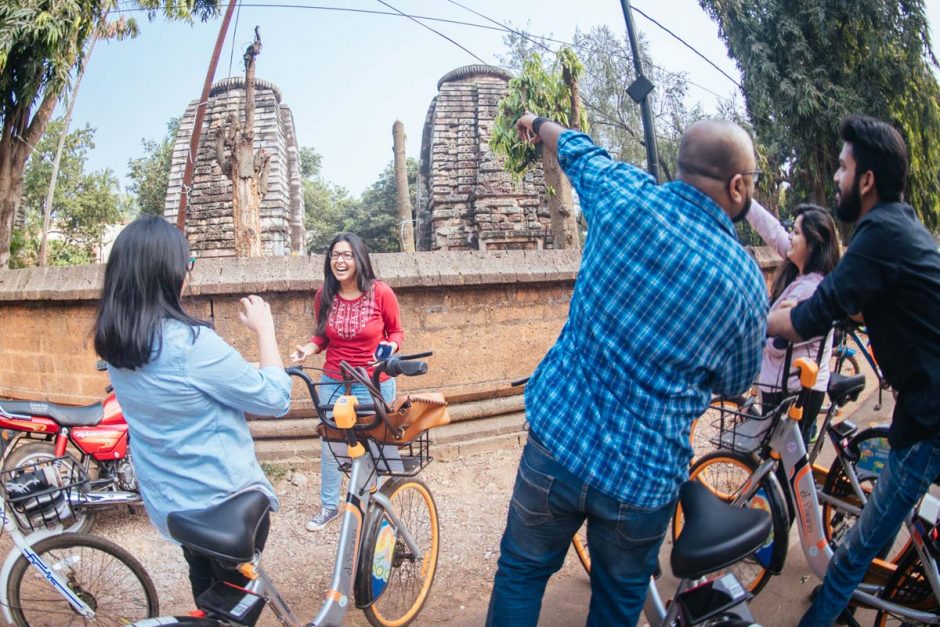 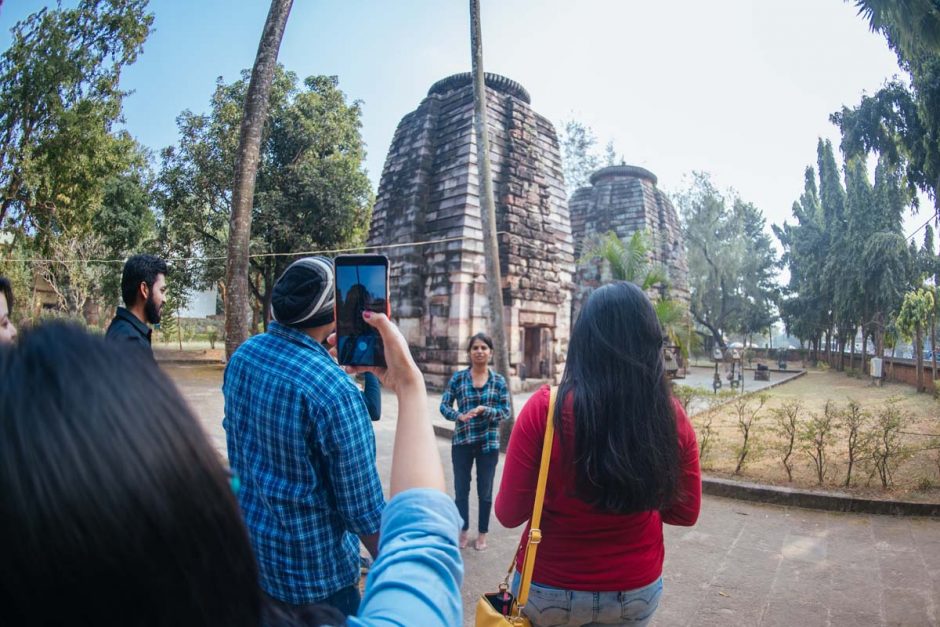 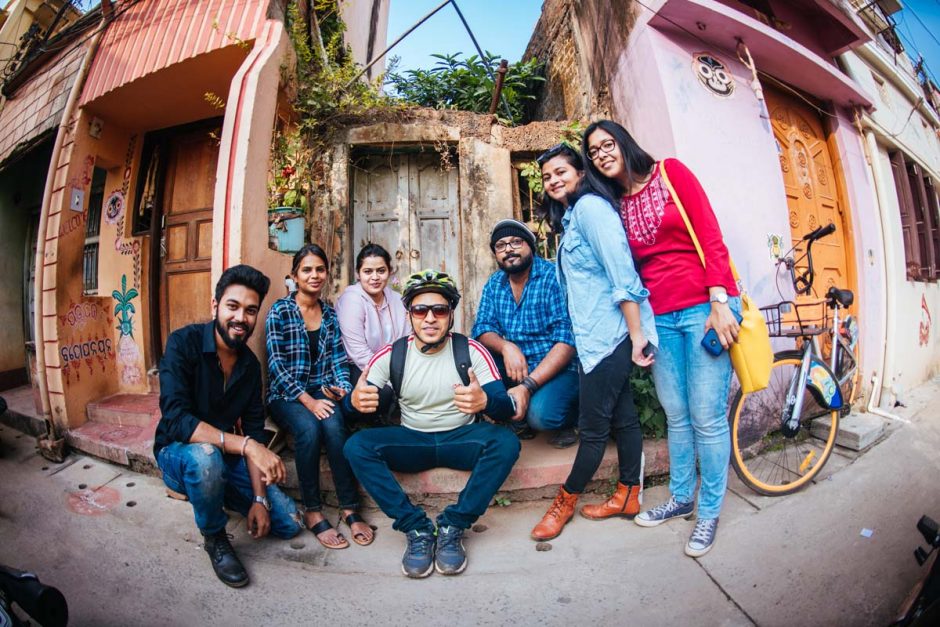 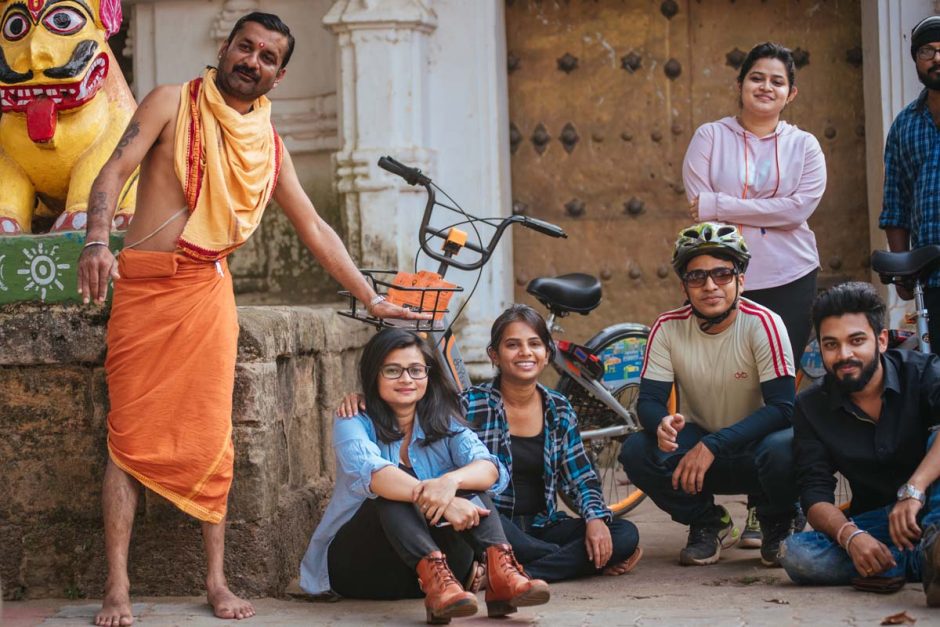 Several initiatives have been undertaken by Bhubaneswar Development Authority (BDA) to showcase Bhubaneswar as a heritage city and a tourist hub. These initiatives include holistic activities such as weekly walks organized around temples of Old Town covering destinations of great historical and cultural significance.

The heritage trail, which is currently trending as Ekamra Walks has welcomed more than 9000 heritage lovers far and beyond the city, explore the undiscovered treasures of Bhubaneswar. Ekamra Walks takes one along the dusty alleys of Old Town across the timeless temples. With enthusiastic walkers from all over the country and abroad since its very inception, Ekamra Walks offers a compendium of the largest clusters of temple architecture with soothing stories. One can travel back in time through the living traditions of the local settlements along with their customs, costumes, colour, cuisine and experience the glorious history of Ekamra Kshetra.

Giving visitor an opportunity to travel smartly through Mo Cycles, BDA has now introduced Heritage Cycle Tours as an added attraction for visitors to explore the beautiful heritage sites and enjoy the rich culture Old Town has to offer. On the cycles, they can explore the tales and treasures of Old Town from the 9th century temple called Rameshwar Deula. Historically significant, this temple is popularly known around the local circles as Mausi Maa temple. Rediscovering the temples, the trail continues through Emar Matha where a towering arch with weapons and symbols of the trinity can be observed its solitary splendor. Through the arch one gets a panoramic view of Bindusagar Lake with Lingaraj Temple in the backdrop. Wherever you look, the view promises to be spectacular and full of interesting mythological, historical and ancient tales. A stroll along the banks of Bindu Sagar one can marvel at the inverted boat like temple – Vaitala Deula.

Unfolding its unique architecture and history the lane leads us to Badheibanka Chhaka and Ratha Danda – that portrays a vivid picture of the daily activities carried out by the locals around the temple clusters. The ancient Matha nearby traces its roots to the time when Kalinga was ruled by Raja Yayati Keshari. Apart from imparting spiritual and culture-based education, this Hindu cloister has kept the tradition of Vedas alive.

An elevated platform like structure behind the Lingaraj Temple complex offers a panoramic view of an incredible cluster of templesinside its premises. The aerial vista renders total satisfaction of relishing the architectural beauty without having to disturb the spiritual ambience inside the site. Following a slender passage along the market street, one can view the remains of a 13th century temple – Sari Deula. This architectural marvel, though in ruins, is well visited for its magnificent carvings and figurines.

Walking through the paragon of beautiful history, we cover Dharamshala which has been providing accommodations to pilgrims from around the world during their tour to explore the Temple City.  Once out of the heritage building, one gets a glimpse of the Temple Kitchen in Ananta Vasudeva Temple, which is presumably the only temple worshipping the ruling God, Vishnu. The aroma from the beautiful little kitchens fill the roadway that leads to a spiritual sanctuary.  Narrow lanes leads one towards Parashurameswar Temple which takes one back in time to when the foundations of the heritage was laid. It is believed to be one of the four oldest temples in India to have survived the ravages of time. Intricate carvings along with detailed effigies that narrate stories, the walls of Mukhteswar Temple speak eloquently of the extraordinary skill of the sculptors. It is due to which, this 10th century legacy is regarded as the ‘Gem of Odishan architecture’.

With the cycles ready one can wander along the alleys of the other side of Old Town. Visit the 9th century Bhaskareswar Temple and be mesmerized by the aura of the temple complex. Another tiny trail gets you near the tranquil temple complex of Brahmeshwar. A bit of touring around and the widely revered Raja Rani Temple will come to view. Adorned with erotic sculptures, this temple also has a popular story behind it.Emanating an exquisite vibe of history and heritage, the Old Town of Bhubaneswar oscillates people back and forth in time between the temples and its timeless corridors.

Make your weekend mornings more fun with these guided cycle trails in Old Town covering a stretch of 7 kms from Rameshwar temple to Rajarani temple. Download the Mo Cycle app and get pedaling!