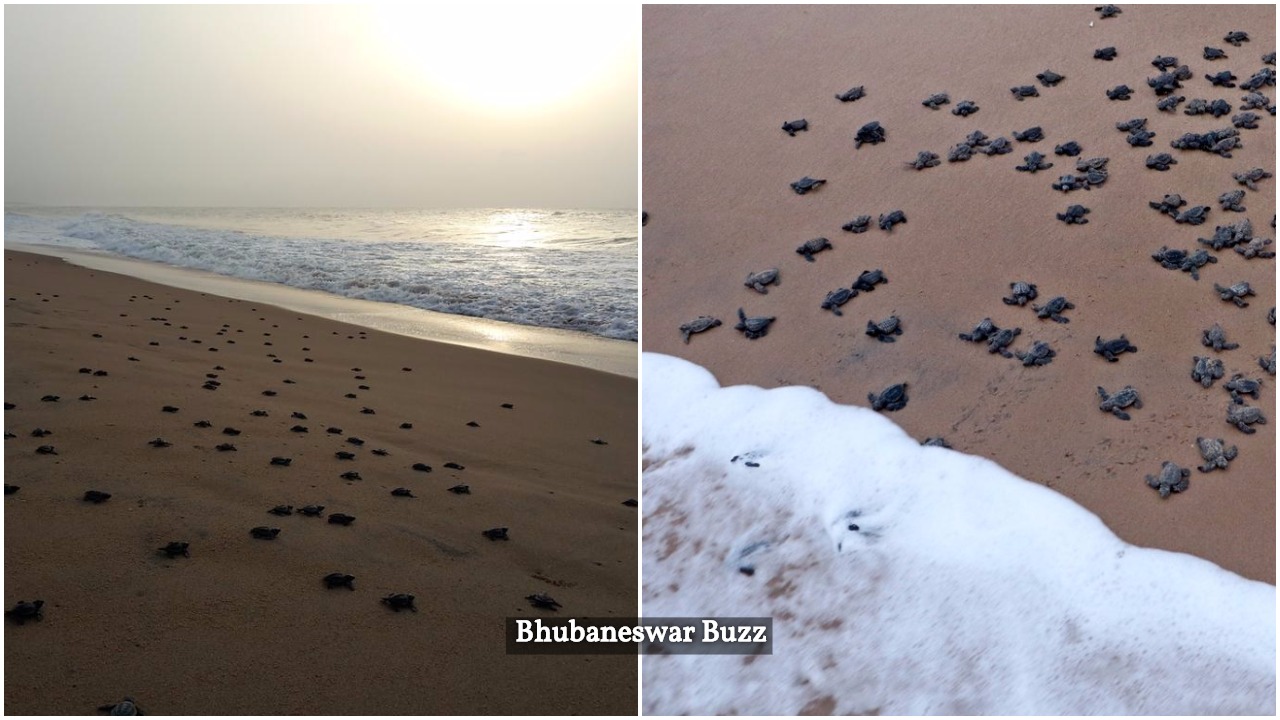 A month and a half after the annual arribada, when olive ridleys swim en mass to the shore to lay eggs, thousands of hatchlings have begun emerging from their nests at Rushikulya and Gahiramatha beaches in Odisha, the world’s largest rookery of ridleys. According to news reports, the number of nests this year was the highest in 16 years, as 3,85,000 turtles made it to the shore to lay eggs. On average, a turtle lays around 100 eggs, but the mortality rate of hatchlings is high: a range of predators feast on them—birds, dogs, crabs, and, in the ocean, fish. The biggest threat of course comes from human activity, particularly from fishing nets that often entangle and drown them.