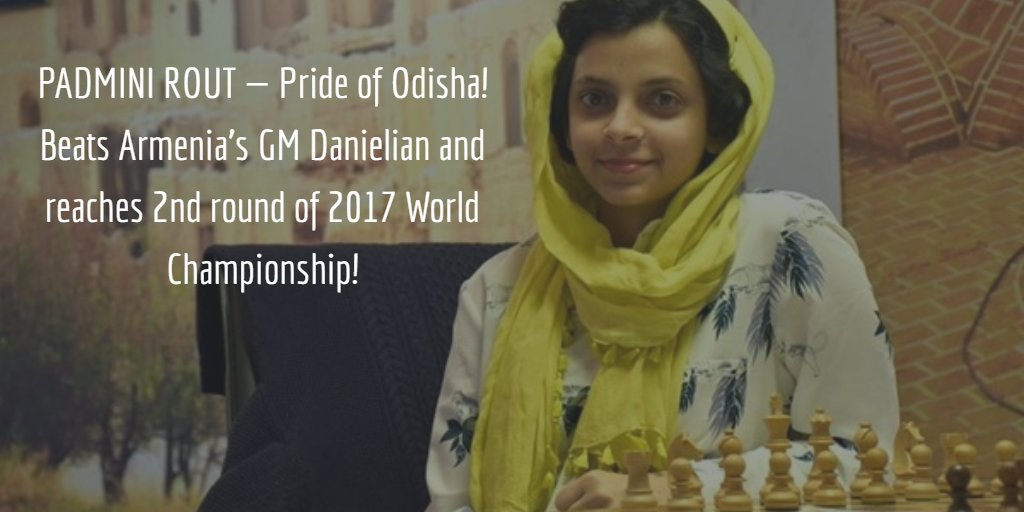 Before the Women’s World Championship 2017 began, everybody was of the opinion that Harika Dronavalli stands the best chance to become the first Indian women’s world champion. Mathematically, this may be true but chess is not academics, it is a sport. A sportsperson’s form on the given day is as important as their strength itself. Two of India’s brightest hopes started with draws in the first game with black pieces. But Padmini Rout was immaculately prepared for her game against Armenian GM Elina Danielian.

Padmini faced a Caro-Kann against Elina who made a minor inaccuracy in the early stages of the middlegame. The position just got better and better for the Odisha based Indian National Champion. Finally, in a bad position, Elina blundered and Padmini finished with a sweet tactic that mates.