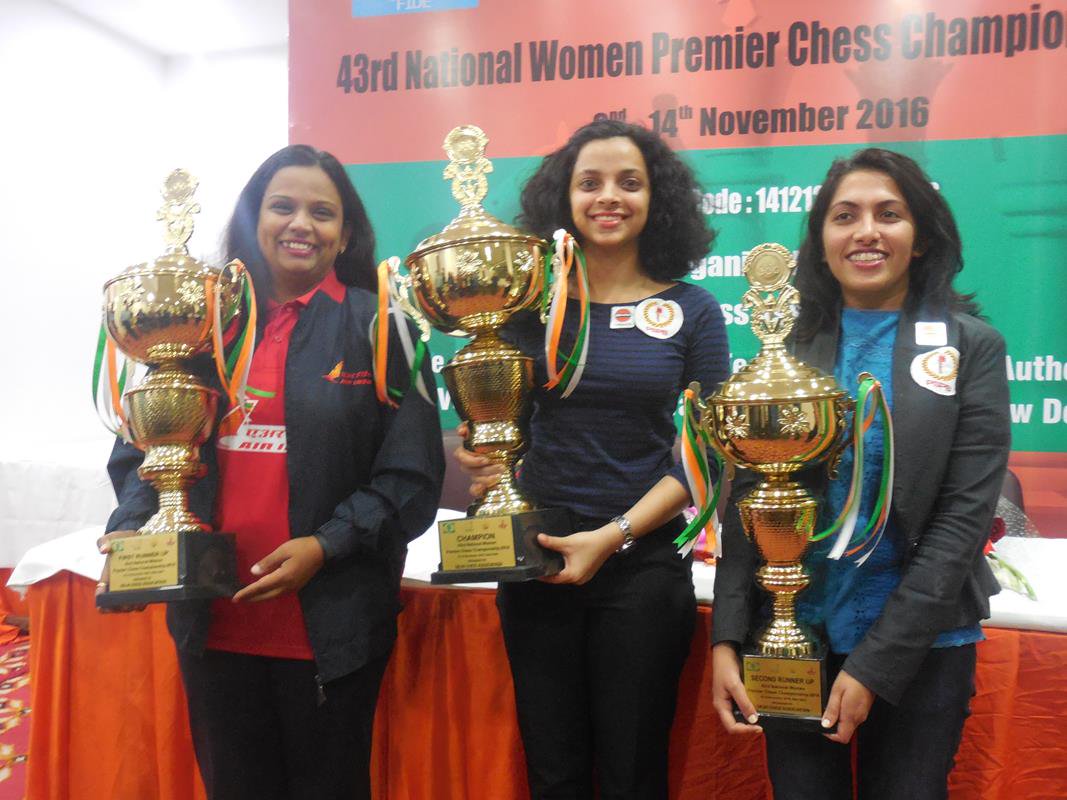 International Master Padmini Rout played out a hard fought draw with her PSPB teammate Eesha Karavade that helped her to secure a hat-trick of title wins in the National Women Premier Chess Championship on Monday.
Ending her tally with eight points from 11 games, Padmini managed to put an end to a series of mediocre performances that saw her rating go down by over seventy points.
The Odisha girl was at the top of her game right through and did not face any challenge in her quest to strike for gold.
GM-elect S Vijayalakshmi of Air India ended her campaign on a positive note, defeating R Vaishali of PSPB in her final round game.
The win took Vijayalakshmi to 7.5 points that was enough for her to win the silver medal ahead of Eesha, who finished third.
It was in fact a two-way tie for the third place after Soumya Swaminathan went down to Mary Ann Gomes. The latter spoiled Soumya’s party in a fighting last round game.
Right from the beginning it was a race between Padmini, Vijayalakshmi, Eesha and Soumya and this is how it panned out.
Mary Ann Gomes ended a distant fifth on 5.5 points despite beating Soumya in the final round.

The victory ensured that Padmini will be a part of the Indian women team in the next World team chess championship in which the Indian eves qualified by virtue of their performance in the last Chess Olympiad.
The other two confirmed members of the team are Grandmasters Koneru Humpy and D Harika while the remaining two places will be decided most likely according to February rating list.