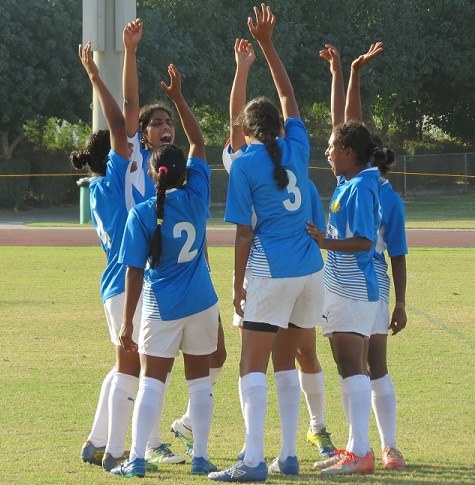 Sakshi Malik, Dipa Karmakar and PV Sindhu sparked a fire in the hearts of these daughters of the Indian playground, further fanned by Rugby Seven’s inclusion in this year’s Olympics, contributing to its increased popularity all over the world.

Rugby India is bringing up talent from the grassroots and giving them the limelight they deserve. Along with Societe Generale, which is the title sponsor of the Indian national rugby sevens team across all categories—senior, junior and women—it conducted a rigorous selection process to scour through talent across the nation and ready the under-18 women’s squad that will play for India internationally. Twenty-four girls were shortlisted based on their performance in two events: All India U18 Club National Rugby Sevens Championship, Chennai, and Societe Generale Junior National Rugby Championship 2016, Mumbai. These girls, who hail from New Delhi, Bihar, Kerala, West Bengal, Maharashtra, and Odisha, then went on to a selection camp held in Mumbai, after which the group was whittled down to 12. They are now representing the country at Dubai’s inaugural Under-18 Asian Girls Rugby Sevens Championship.

Manjulata Pradhan: Born in Odisha’s Kandhamal village and being raised there till the age of nine, Manjulata then transferred to Kalinga Institute Of Social Sciences(KISS). She was introduced to touch rugby at 11, and there was no looking back. She is the daughter of a farmer who couldn’t be prouder. Her brother played the sport as well, and that’s how she first got interested. She represented India in London at the Touraid U-13 International Girls Rugby Tournament in 2014, where she lifted the trophy, and has played in several other international tournaments as well. Manjulata was also part of the team that represented India at Sri Lanka this October. She is currently studying Class XII at KISS.

Rajani Sabar and Basanti Pangi: These two girls hail from the tribal belt in Odisha, and were taken in by KISS in 2007 and 2006 respectively. Both 17, they have been training in the sport since they were 10 years old. They turned pro four years ago, and were also part of the KISS team that competed in England in the U-13 category in 2014, and won the championship. Both their parents work at the family farm back in their villages, and are full of support and appreciation for their super-achiever daughters.

Lija Sardar: For theOdisha-born Lija, her life’s high point was competing and winning at England. Hailing from the Partraput village, she is also a product of KISS, and got interested in the sport watching her brother play from a young age. She turned pro at 12, and thus, brings four years of experience playing nationally and internationally. With full support from her parents, she hopes to continue playing for the nation and bring it worldwide recognition. As for her education, she is studying arts and is interested in sociology.

Read the full story on YourStory