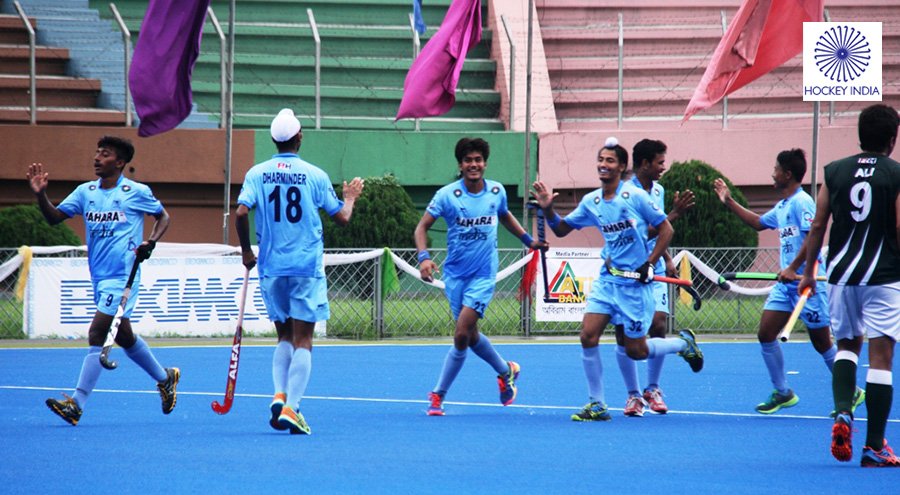 The traditional India-Pakistan rivalry took place when the two sides locked-horns in the semifinals of the Under-18 Asia Cup hockey tournament.

Amidst the ongoing tussle between the two countries, India secured a convincing 3-1 triumph over arch rivals Pakistan to setup final clash with Bangladesh.

India took the lead in the seventh minute through Shivam Anand’s strike.

It was the Indians who were more clinical in front of the goal, as three minutes from half time they doubled their lead through a penalty corner conversion by Dilpreet Singh (32nd minute).

After the change of ends, India continued to assert their supremacy and controlled the possession.

Soon India earned another penalty corner and from the resultant effort secured a penalty stroke but Waqar, in front of Pakistan goal, saved the try to keep his side in the game.

Within minutes though, Nilam Sanjeep Xess (46th) converted another penalty corner to give India a comfortable 3-0 lead.

Pakistan managed to pull a goal back through Amjad Ali Khan (63rd) but it proved to be too little too late as India held on to emerge 3-1 victorious.

India will meet hosts Bangladesh in the final tomorrow.