Bhubaneswar Buzz May 6, 2017 Events, Sports
Share this on WhatsApp 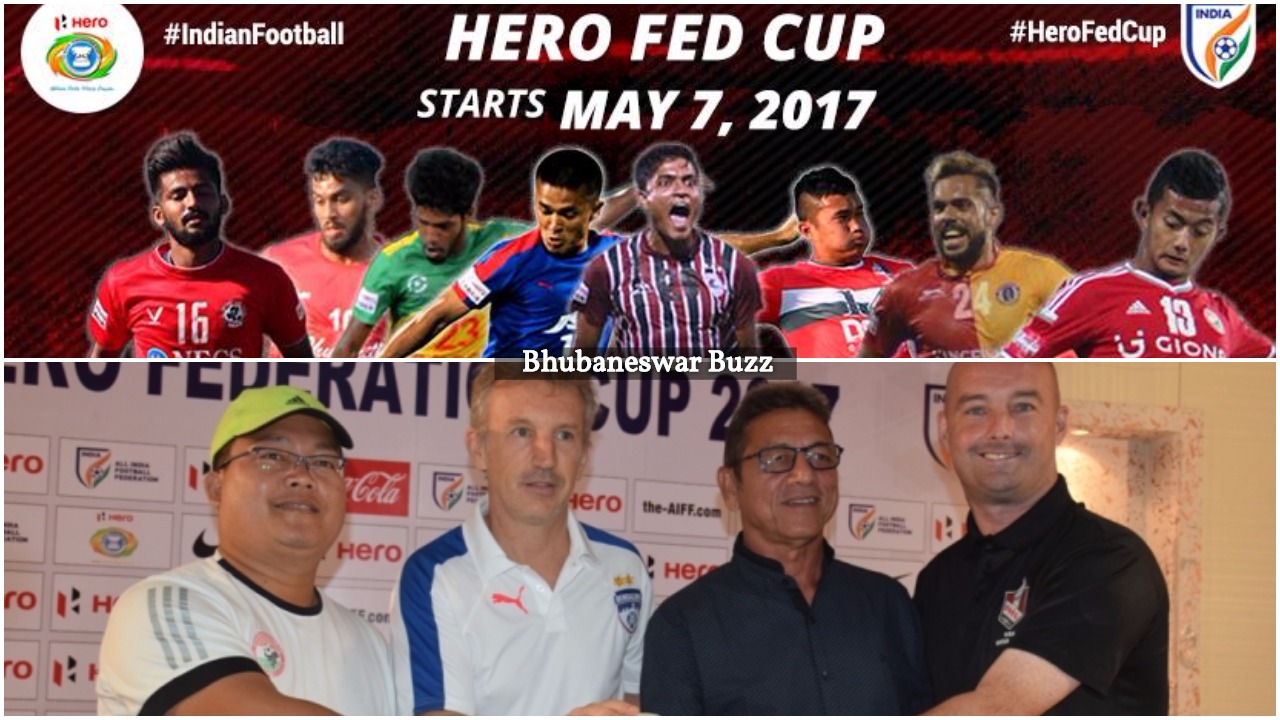 The 2017 Federation Cup will kick-off today with East Bengal clashing swords against Churchill Brothers at the Barabati Stadium in Cuttack, Odisha.

Groups for the Federation Cup have been chalked out based on a respective Team’s position in the final I-league table.

Teams finishing 1st, 3rd, 6th and 8th in the final table of the I-League have been clubbed in Group A, while Teams finishing 2nd, 4th, 5th and 7th have been slotted in Group B. Top two Teams from each group will progress to the semi-finals which are slated to kick-off on May 14.

Speaking at the official pre-tournament press conference, head coach of defending champions Mohun Bagan, who begin their championship defence against DSK Shivajians on May 8, Sanjoy Sen said, “We have been drawn in a competitive group and we will look forward to facing a tough fight from every team. There is pressure when you are the defending champions, but that is football.”

Aizawl FC will be looking to add another feather to their cap. Khalid Jamil stated, “Every tournament is different but we will try to win the championship, as will every team. It is an interesting group and we will see how it fares out.”

JSW Bengaluru FC’s Albert Roca said, “Each team will prove to be a challenge in itself. We aim to stay positive and take one match at a time”

Thangboi Singto of Shillong Lajong stated, “It is a tough group that we are pitted in. We will hope to give every opponent a tough fight. In Football you win some you lose some, but what matters is the heart, and we will play with it”

Kingfisher East Bengal’s Ranjan Choudhary said, “Every match is important against every opponent. Churchill Brothers will certainly prove a tough challenge for us, but that is Football. We will give it our all and try to win.