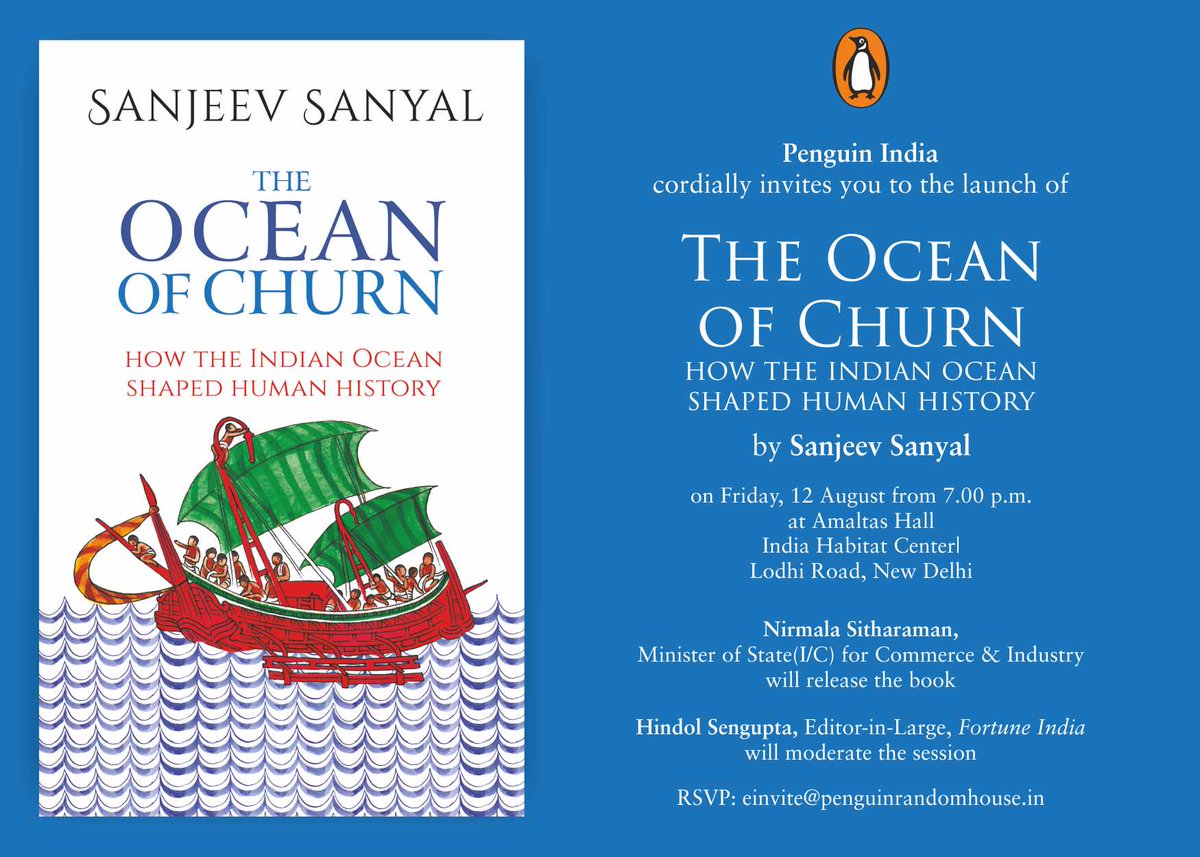 The injection of Indian DNA into Australia around 2000 BC shows that people living on India’s eastern seaboard were capable of sailing long distances even before the Iron Age. Archaeologists have found remains of a possible river port at a place called Golbai Sasan in Odisha that dates back to 2300 BC. However, there is a distinct boom in coastal trade from around 800 BC. At the heart of this maritime boom was Kalinga (roughly modern Odisha) and the adjoining areas of West Bengal.

The remains of many ancient ports have been found all along the coast between the western-most mouth of the Ganga and Chilika lake. The river connected the sea ports to the kingdoms of the interior while the lake, which has an outlet to the sea, acted as a safe harbour. You will find bits of ancient pottery strewn everywhere if you walk along the banks of Chilika lake.

The Bengali-Odiya mariners were not capable of sailing directly across the Indian Ocean at this early stage. Instead, they would have hugged the shore and traded their way down the Andhra and Tamil coast. At some stage they seem to have sailed across to Sri Lanka and begun to settle there.

Genetic studies have confirmed that the island was already inhabited by the ancestors of the Vedda, a small tribe that has long been suspected of being the original inhabitants. They are probably descendants of people who had migrated here before the Great Flood separated them from the mainland. The new migrants from eastern India, however, would soon become the dominant population – the Sinhalese.

The Mahavamsa, an epic written in Pali, tells the founding myth of how the Sinhalese came to Sri Lanka. It is said that at the beginning of the sixth century BC, the king of Vanga (i.e., Bengal) had a beautiful daughter who was kidnapped by a powerful lion. He kept the princess prisoner in a cave and had a son and daughter by her. The son, Sinhabahu, grew up to be a strong lad. One day, when the lion was away, he broke open the cave-prison and escaped with his mother and sister. The lion followed in hot pursuit. Eventually, after several adventures, Sinhabahu faced his father and killed him.

Sinhabahu then established a kingdom and built a capital city Sinhapura which means Lion City (notice that this is derived from the same etymological roots as Singapore). Many years passed and Sinhabahu had a son called Vijaya who turned out to be a violent lout and a disgrace to the family. My guess is that he inherited that from the paternal grandfather. After hearing repeated complaints from his subjects, King Sinhabahu eventually decided to banish Vijaya and 700 of his supporters.

So, Vijaya sailed south and landed in Sri Lanka. There he faced some resistance from the locals, presumably the Vedda, led by a woman called Kuveni. However, Vijaya prevailed and established his kingdom. TheMahavamsa tells us that King Vijaya now gave up his earlier erratic behaviour and ruled responsibly for thirty-eight years. He also married a Tamil princess from the Pandya clan.

The legend of Prince Vijaya should not be taken literally; I have always harboured some doubts about the bit related to the lion kidnapping the princess. Nevertheless, the epic makes it clear that the Sinhalese retained a memory of their Bengali-Odiya origins when the Mahavamsa was composed and compiled almost a thousand years later.

The Sinhalese link to eastern India matches genetic, linguistic and cultural evidence and survives in many little ways. For example, the lion is an important symbol of the Sinhalese people; they are literally the Lion People. One finds this echoed in Odisha which remains a major centre for the worship of Narasimha (the god Vishnu as half-lion and half-man).

The town of Puri is famous for the temple of Jagannath, another form of Vishnu, but also has a very ancient temple to Narasimha and there are several rituals where the latter is given precedence to this day. Similarly, in Bengal, the goddess Durga is almost always depicted as riding a lion. In other words, the lion on the Sri Lanka flag and Durga’s lion share the same cultural origins.

The clinching evidence on the origins of the Sinhalese, however, comes from another custom. Robert Knox, an Englishman who spent many years in Sri Lanka in the seventeenth century, made the following observation: “In their infancy they have names whereby one may be called and distinguished from the other; but, when they come to years, it is an affront and shame to them, either men or women, to be called by those names.” Bengali and Odiya readers will know exactly what this means.

Article was First Published in Scroll.in