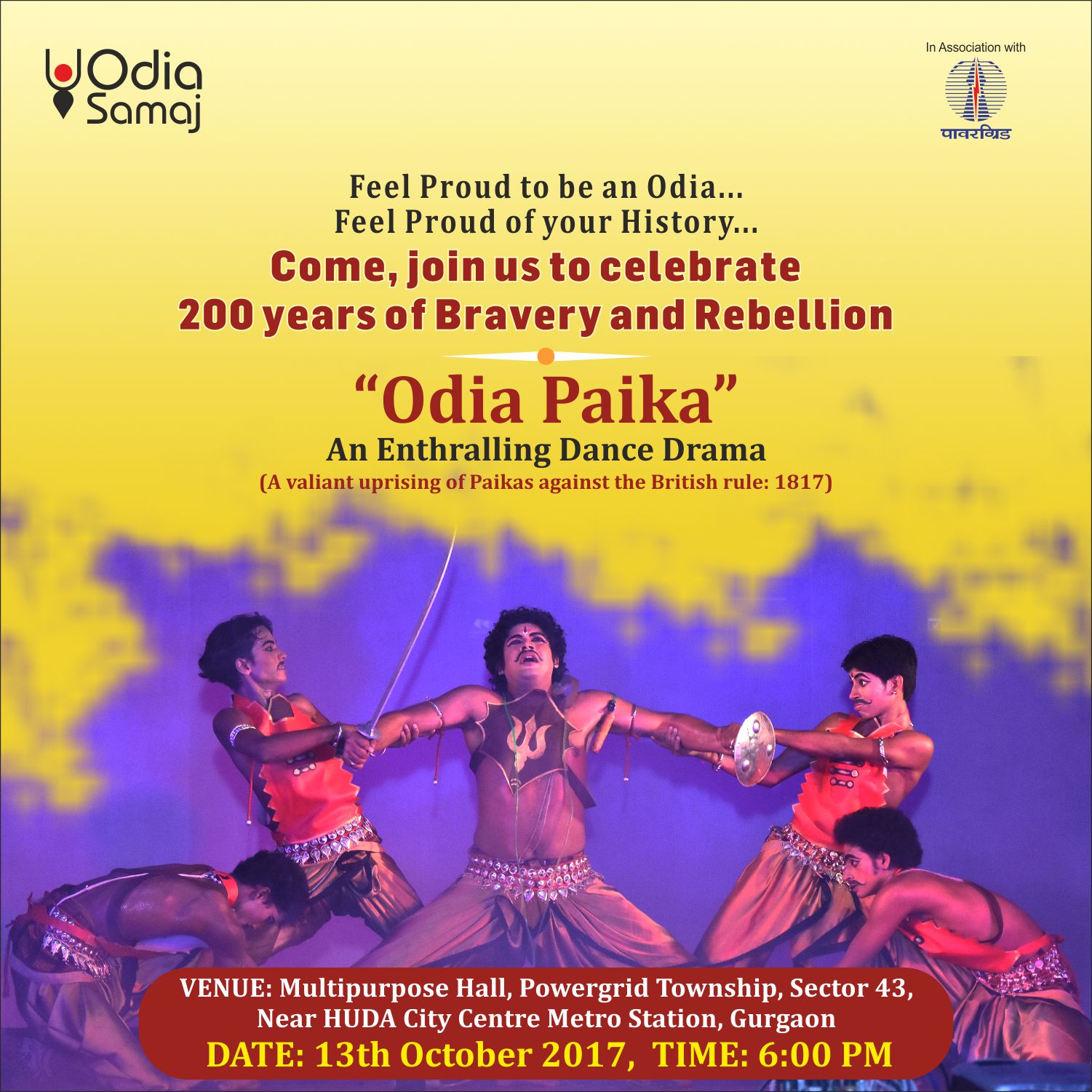 It is heartening that the Government of India has decided to give the historic event Paika Rebellion of Odisha of 1817 its due recognition by commemorating its 200th anniversary this year. Inauguration of year long Bicentenary celebrations of this heroic rebellion was done on 20th July 2017 by former President Shri Pranab Mukherjee at Vigyan Bhavan, New Delhi.

Odia Samaj based in New Delhi, a leading non-profit, socio-cultural organisation and an effective think tank, primarily focussed on promotion of Odisha’s rich cultural and political ethos along with developmental priorities, is all set to continue this bicentenary celebration by oraganising a mesmerising dance drama ‘Odia Paika’ at Multipurpose Hall, Powergrid Township, Sector-43 at Gurgaon on 13th October 2017. It is a befitting tribute to perpetuate the glory of the inspiring saga of India’s first uprising against the British.

Union Petroleum and Natural Gas & Skill Development and Entrepreneurship Minister Shri Dharmendra Pradhan has given kind consent to grace the event as Chief Guest. Among others many educationists, historians, intellectuals based in Delhi NCR are going to be a part of this celebration.

The dance drama “Odia Paika” speaks about the heroic saga of the historic Paika Rebellion of 1817 against the British rule. The theme “Indomitable Spirit of Odias” leads the show, with music and dance beautifully entwined to take the audience into the historic era of early 19th century, highlighting the glories of the Odia brave hearts. The dance drama is being performed by students of Nrutya Naivedya, Bhubaneswar, Odisha. As a part of year long celebrations, Odia Samaj has already hosted this dance drama in Delhi and Lucknow and further plans to take it to Chennai, Banglore, Ahmedabad, Surat and Kolkata.