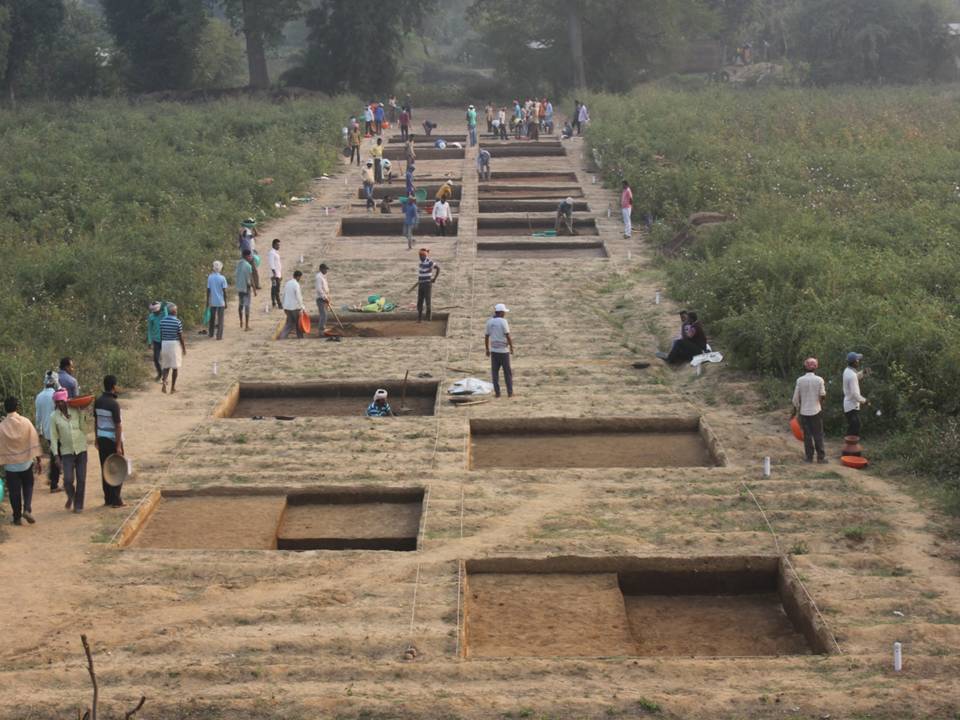 The excavation branch of the Archaeological survey of India (ASI), Bhubaneswar region has unearthed signs of an urban civilisation contemporary to Mauryan period (322 -185 BC) at Asurgarh in Kalahandi district. During the excavation at an ancient fort the ASI team found imperial variety silver coins with punch marks, coral  and bead jewellery and floor tiles that indicated that it was an ‘urban’ and ‘cultured’ civilisation with ‘advanced’ lifestyle traits.

“From the findings of the excavation it can be concluded that the habitation was an urban settlement belonging to Mauryan to Kushan period, which was about 2300 years back. The imperial coins with punch marks were issued during the Mauryan and Magadhan period,” said Dibishada Brajasundar Garnayak, superintending archaeologist of ASI’s excavation Branch.

“These findings suggest the habitants were living in an urban settlement and had a materialist life style. The material culture in the form beads and bangle in different shapes and colour shows the artistic talent of the natives of that time. The findings of coral beads and Imperial variety of silver punch mark coins strongly indicates about long distant trade and association of hinterland people with seafaring people,” Garnayak said.