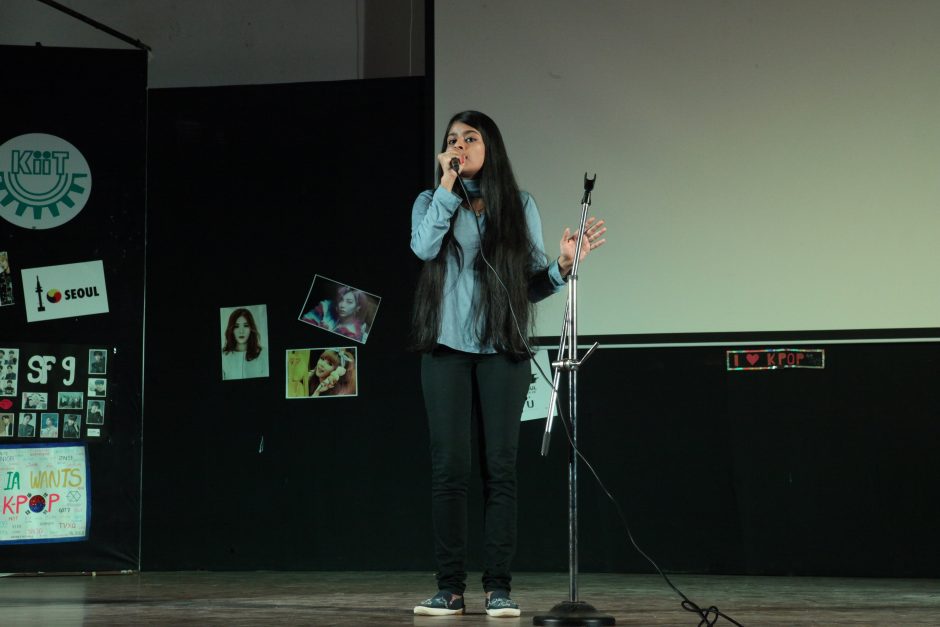 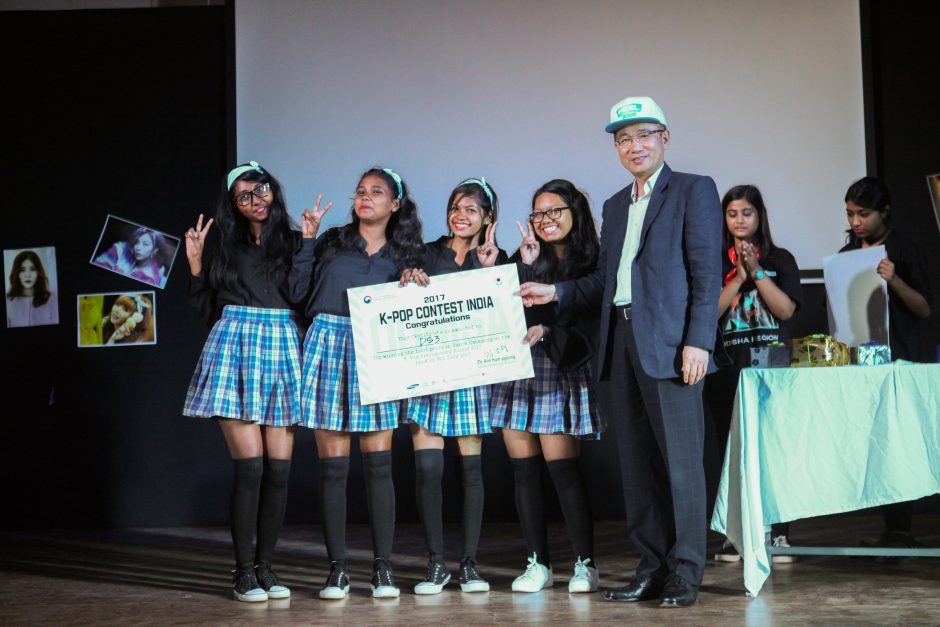 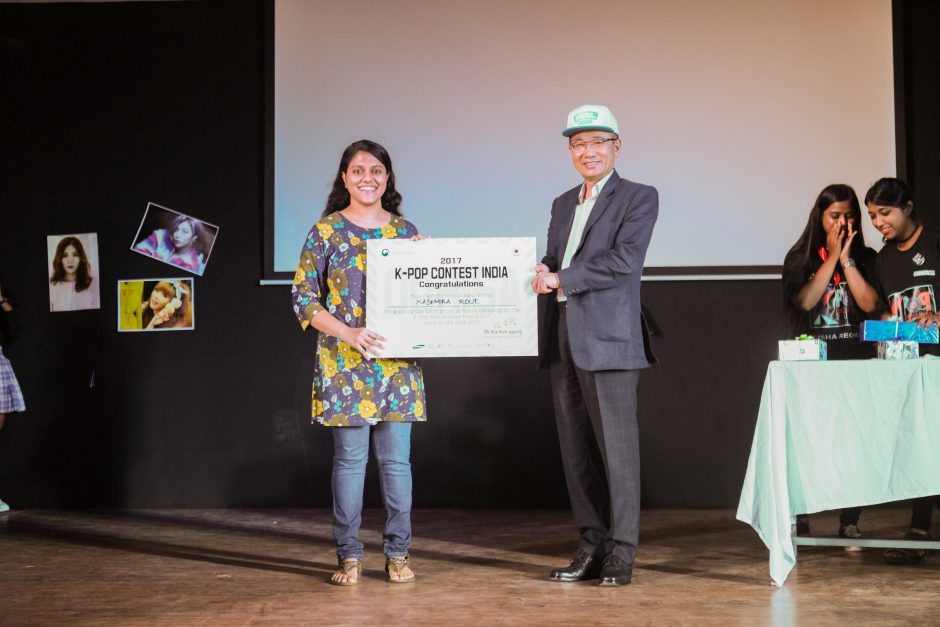 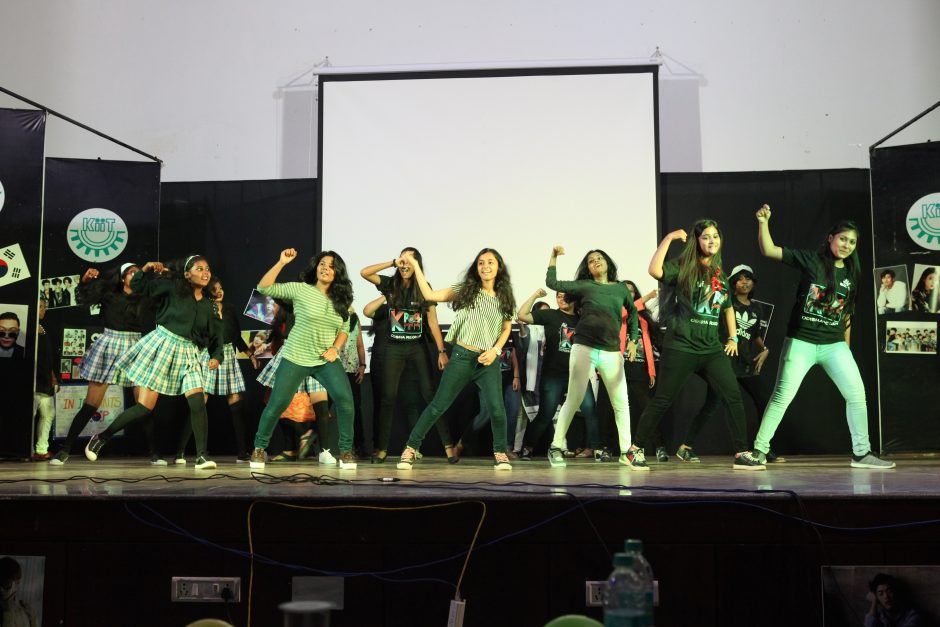 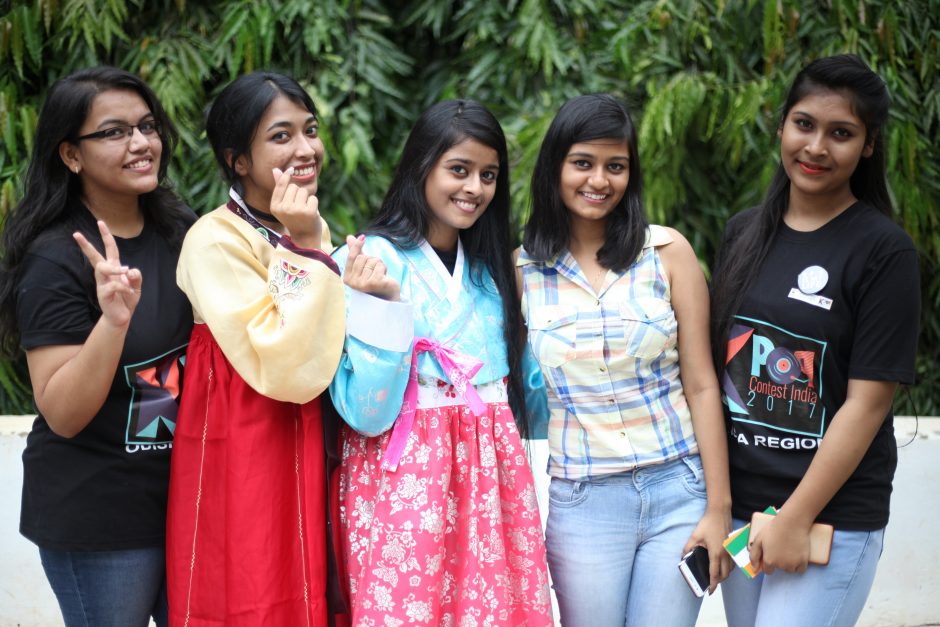 Bhubaneswar hosted its first ever K-Pop Contest on 5th July. The event organised by the Korean Cultural Centre India this year took place all over the India including Odisha at the KIIMs Auditorium, KIITs University under the banner of K-POP World festival.

The K-pop contest India which is celebrating its 6th edition, started a journey to the Grand Finale in the biggest size ever. A total of 42 teams, 898 participants registered their singing and dancing videos on the online website kpopindia.com for the chance to be selected in the preliminary rounds that will take place in eleven regions, Delhi, Patna, Chennai, Assam, Mizoram, Nagaland, Bangalore, Hyderabad, Odisha, Kolkata and Mumbai.

The Odisha regional round, the vocal category witnessed 7 beautiful renditions of Korean songs ranging from Kim Dong Ryul’s Drunken truth, sung by S. Swayamprava (16) to Davichi’s hit song 8282 belted out by Sony Jagan(21) who travelled from Guntur to be a part of the event. The winner in vocal category ,Kashmira Rout, a fourth year student of medicine at KIIMs, sang a beautiful version  of the hit single “I Love you” by Kim TaeYeon(SNSD) and has been awarded a cash prize of  ₹ 5000, while the winner in dance category , group DS3, have been awarded a cash prize ₹ 15000. The DS3 performed on the famous song “Playing with Fire” by BlackPink.  Winners of both categories will now compete with finalists from the other 10 regions in the finale on 29th July at New Delhi.

Pre-event activities commenced at 11:00 am culturally engaging the audience allowing to wear the Hanbok , eat Kimchi and Shin Ramyun, and play the traditional game “Yutnori”(Yunnori).

The event witnessed attendance from avid followers of K-Pop and K-Drama across the state. The winning team at the grand finale will be nominated for the 2017 K-pop World Festival and go on a complimentary trip to South Korea.

The competition was judged by Mr. Kim Kum Pyoung, Director of KCCI, and Mr. So JaeTak, who reached the capital after witnessing enthralling performances at the Hyderabad round where the upcoming South Korean K-Pop group LUCENTE was also in attendance.

The regional organizer for the event states “South Korean Culture is widely respected in our state. Students avidly follow many K-Dramas and K-Pop groups like BTS (Bangtan Sonyeondan), SHINee, SNSD, Exo etc .There is no dearth of talent or dedication amongst the people of Odisha. This event is the first concentrated effort to showcase our love, respect and enthusiasm towards Korean Culture. It is the beginning. We will hopefully have more such culturally engaging events in near future”.

The daylong event ended with a surprise Flashmob, as the Volunteers and participants danced to the tunes of hit Korean sings like Deung Gol Breaker (BTS), Dancing King(EXO), Bang Bang Bang(Big Bang) and others.

Mr Kim Kum Pyoung said “This year’s contest will be bigger than ever and amuse all music lovers around India with addictive K-pop songs. We support and encourage the regional rounds organised by K-pop fans to become a festival itself.”

K-POP is a musical genre characterised by a wide variety of audiovisual elements, described as a modern form of South Korean pop music covering mostly dance-pop, pop ballad, electronic, rock, hip-hop, R&B, etc. The craze and the jazz for this genre of music are extremely popular and global.

Priyanka Mazumdar of Guwahati, Assam, won the first prize in vocal category at the ‘K-POP Contest 2016 India’ grand finale, and was nominated to participate in the K-POP World Festival 2016 in Changwon, South Korea where she won the 3rd prize for vocal category, amongst participants from 65 countries.

K-Pop marked its presence in India four years ago through PSY’s Gangnam Style. With almost over 70 countries taking part every year, India is also fast pacing with the Hallyu wave (Korean entertainment and Pop culture), and since the year 2012, Korean Cultural Centre India has been organising the ‘K-POP Contest India’ every year.