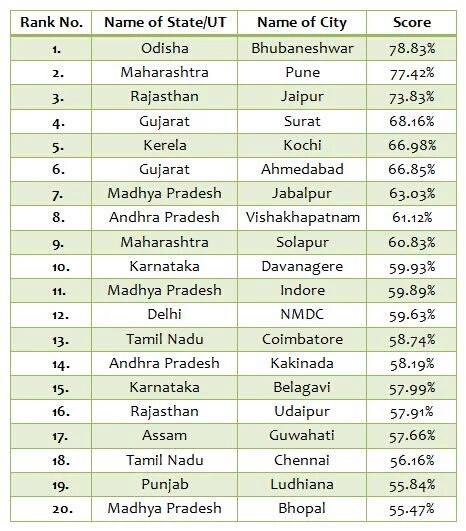 Venkaiah Naidu while addressing the media said, “Today marks a historic landmark in annals of urban development as we get to know the first batch of ‘Smart Cities’. This will demonstrate how integrated planning & smart technologies can deliver better quality of life.”

Stating that the Smart City plans have been prepared by the Urban Local Bodies and the States, he added, “The results of the competition revealed the unrecognised strength of the federal structure in our country.”

“A total investment of Rs 50,802 crore has been proposed in the selected Smart Cities and towns during the five-year period,” said Naidu.

It was reported last year that Union Development Ministry will provide Rs 100 crore per city per year over the next five years.