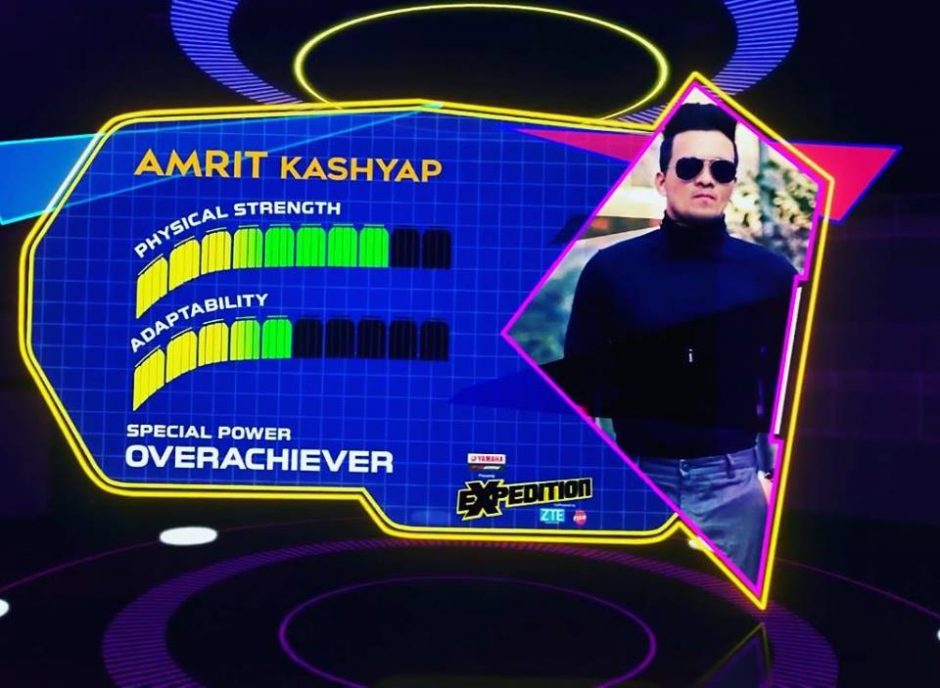 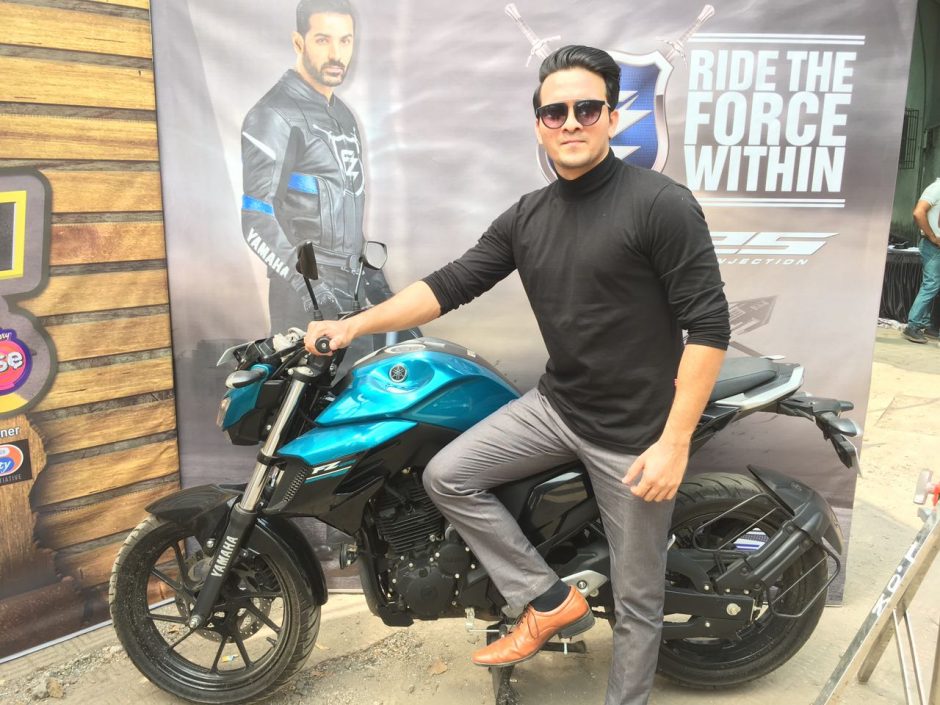 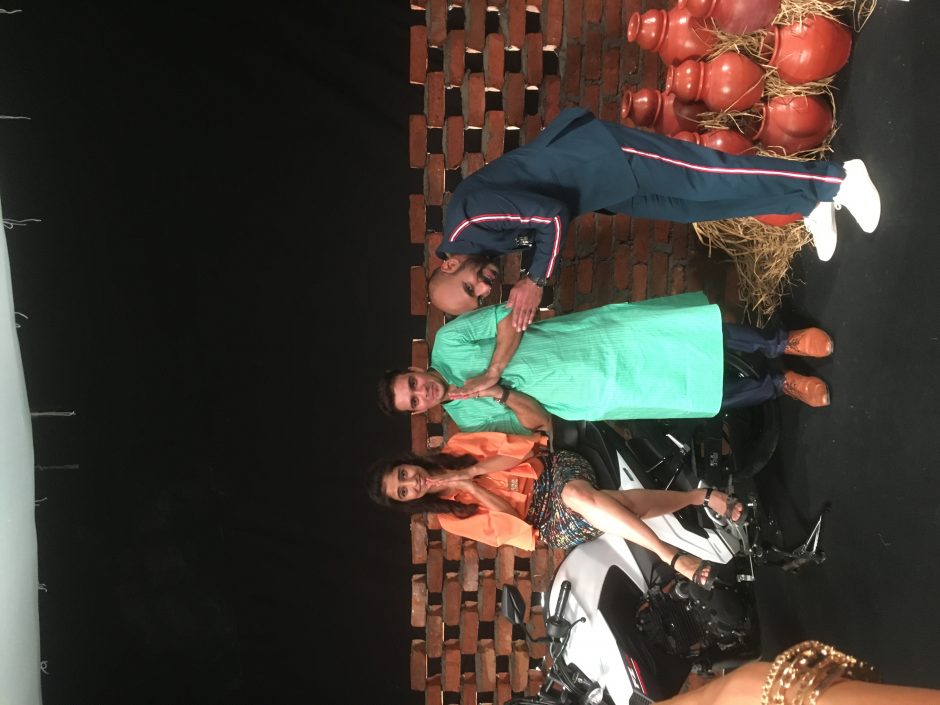 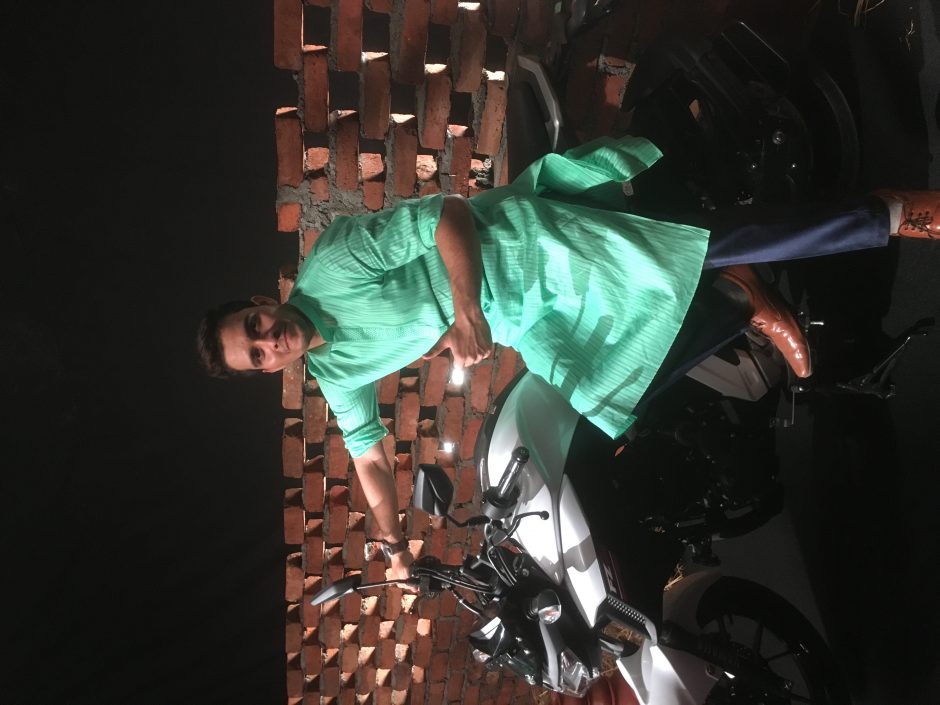 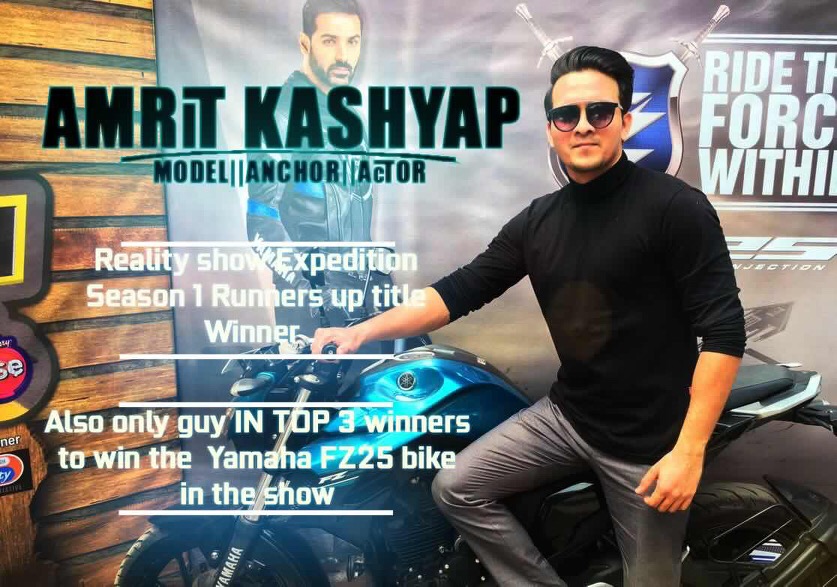 Amrit Kashyap from Rourkela, Odisha, an alumni from Subhash Ghai’s film institute, Whistling Woods International,Mumbai has won the RUNNERS up title as a reality show contestant for Yamaha fz25 presents EXPEDITION Season 1 which came on Zee Zing at 7pm every Saturday and Sunday.
He is also the only guy in TOP 3 Winners to win the YAMAHA Fz25 bike as the prize.
He earned the title of OVERACHIEVER of the show as his superpower.
He currently works as an actor, anchor and model. He is also a student of Shiamak Davar Dance academy,Mumbai.
Why called Overachiever?
-Won the Chancellor’s Gold medalist all round best student ( STUDENT OF THE YEAR ) award during his alma mater.
-Awarded the Best alumni award.
-Was the National Science Olympiad Gold medalist at school.
-State level sportsperson.
-Topper of the batch
-Featured in newspapers,magazines about his journey in past.
-Mechanical engineer + MBA turned Actor.
-Cracked his 14th company STEMCOR during his BTECH after getting rejected in 13 companies.Quit that mechanical plant job in 7 mnths to come to Mumbai to follow his dreams.
-After his PG and MBA, worked as Celebrity manager to Vidhu Vinod Chopra in Vinod Chopra films who produced PK, 3 idiots and Munna bhai..etc..
– Released 3 music videos- the latest one with Zee Music company “Zindagi mujhe pukare” as the lead actor-The premiere launch happened in Whistling woods with Subhash ghai and Manoj Bajpayee as the guest.
-Quit his job again with Vinod Chopra films to work professionally as an Actor.
-Worked in digital platforms with AIB, Bakkbenchers, Filter Copy….
-Worked as a model for brands like OLA, Knorr and Manyavar.
-Made his TV Debut with CID.
-Got rejected in 6 reality shows in 6 years, cracked the 7th reality show EXPEDITION.
ABOUT THE REALITY SHOW-

India’s first ever TV+ YouTube reality show, a non-fiction show showcasing, 12 urban youngsters out to discover the real BHARAT. It’s a finite series comprising of 18 episodes. These episodes cover the auditions as well as the journey these 12 embark upon. It’s a journey of discovery. Discovering yourself and Bharat! 6 boys & 6 girls travel on their bikes across around 7 places exploring the unexplored India. These 12 “Voyagers” carry out missions to explore their destination. These missions majorly involve understanding and adapting to the rural way of life. This show is about adjusting to various circumstances life throws at us and discovering yourself eventually. These challenges will disrupt their comfort zones and demand them to broaden their horizons. This journey is for the tough, for those who never give up, for the ones who will never stop learning and exploring and for the ones who will ultimately turn their weaknesses into their strength.