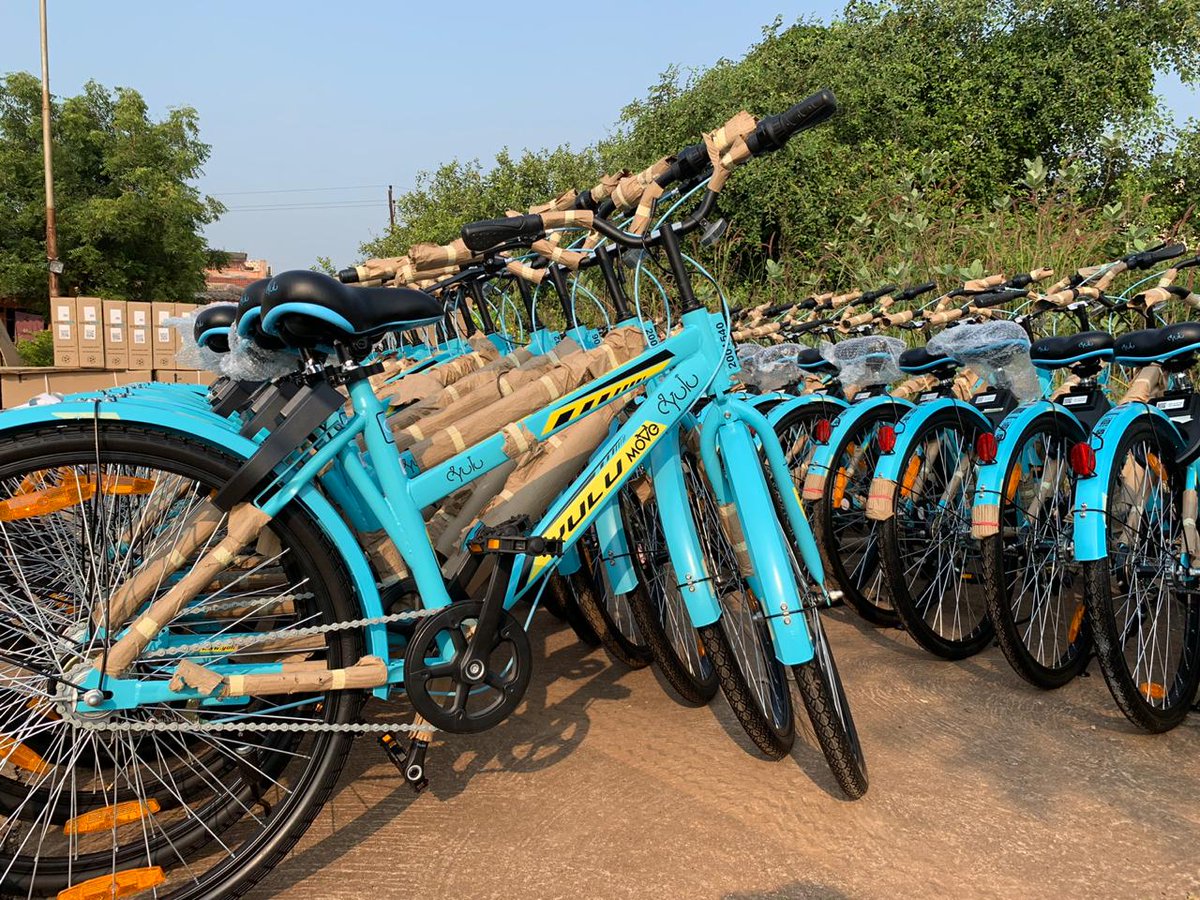 The Public Bicycle Sharing project will be launched in the city before the Men’s Hockey World Cup 2018 which begins from November 28. A total of 2,000 bicycles ordered for the project have started arriving in the city.

Bhubaneswar Smart City Limited (BSCL) has awarded the tender to three companies- Hexi Bikes, Yaana and Yulu Bikes. While Hexi (from Hero) will have 1,000 bicycles, Yaana and Yulu (two bicycle sharing companies) will be deploying 500 cycles each for the ambitious project.

As the cycles have low-frame structure, even the women wearing ‘sarees’ can also ride them. Kids and students can use these bicycles due to their adjustable seat height. The cycles will be digitally mapped based on global positioning system (GPS) locations. The project will provide mobile app based services to users to locate and use a bicycle.

The mobile app will also include provisions for online payment based on usage. The Capital Region Urban Transport (CRUT), an SPV to manage urban transport in and around the city, and BSCL have started developing bike stations across the city integrating with bus shelters to provide common infrastructure. The docking stations for cycles will cover all areas including heritage area and Info City, said the official sources.