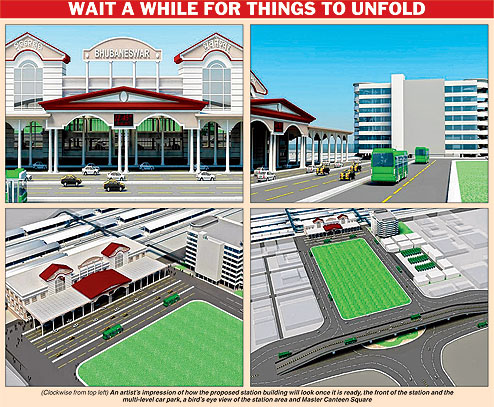 An area of 12 acre around the railway station here will turn into a multi-modal hub under the Smart City Mission project. The area will get a whole new look with several highrises being planned there.

“We call it multi-modal hub because from trains to autorickshaws, people have different modes of transports,” said a Bhubaneswar Development Authority (BDA) officer.

The 12-acre patch comes under Bhubaneswar Town Centre District (BTCD), which will be the model town of the city. The multi-modal hub will include integration of three to four types of public transport systems to implement Transit Oriented Development (TOD), which will streamline public mobility. The railway station area will be the first to have the TOD facilities, the BDA sources said.

BDA vice-chairman Krishan Kumar said the area from Ashoka Market to the city bus stand near the railway station will be redeveloped. “While we have plans to use five acre for highrises, which will accommodate hotels, business establishments, offices, amphitheatre, recreational facilities like multi-gyms, another five acre will be used for creating underground parking and bus and autorickshaw stands,” he said.