Bhubaneswar Buzz May 9, 2017 Infrastructure, Odisha News
Share this on WhatsApp 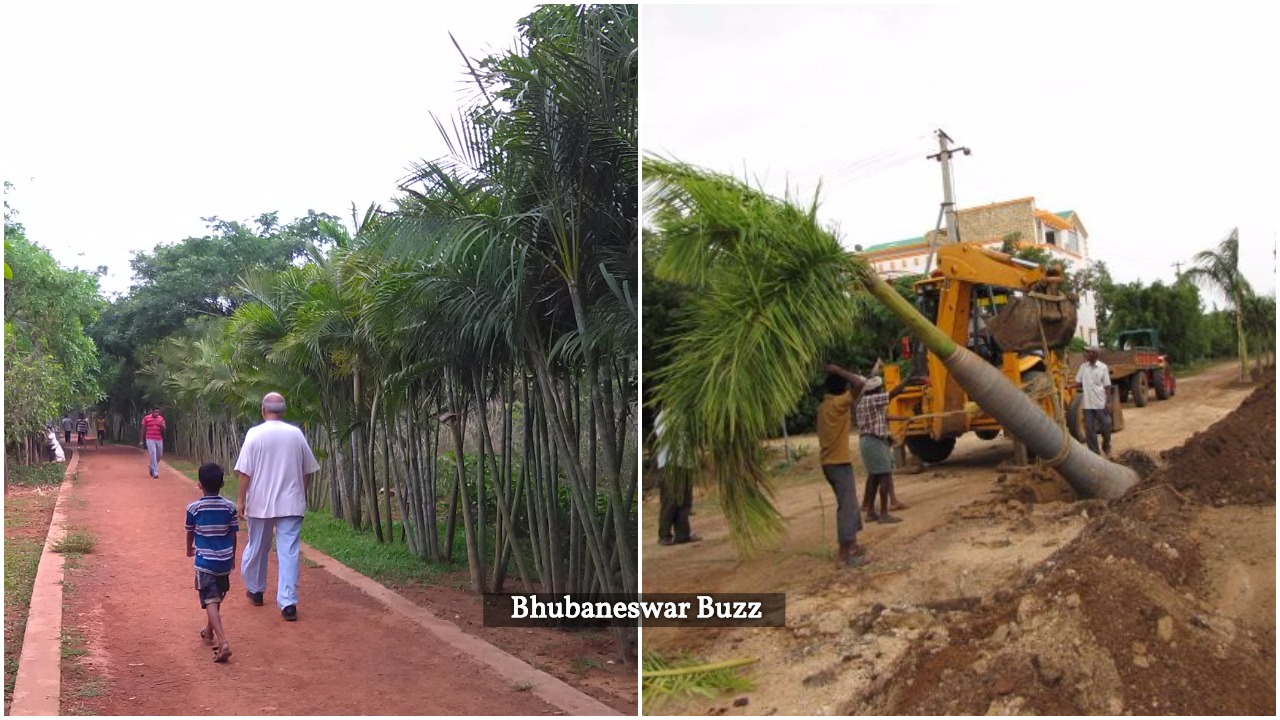 Bhubaneswar, May 8: As global warming and climate change has become the burning topics and the city is committed towards its green and liveable city tag, the Bhubaneswar Development Authority in the recent past has translocated 450 trees from the Master Canteen and Nehru Park area to different parks across the city.

These trees were translocated to Madhusudan Park in Pokhariput, Buddhajayanti Park in Niladrivihar, Kharavel Nagar Park in Unit III area and IG Park near Post Master General’s Office. The action was necessitated following unset of work for the re-development of the railway station area in the heart of the city.

During May first week 25 trees were translocated after the overhead cables were disconnected by Central Electricity Supply Utility (CESU) in that area, which were passing through some of these trees. Most of the transplanted trees are doing well and survived. In future all BDA and Smart City projects will adopt the translocation policy to minimise tree felling for a better, cleaner and greener Bhubaneswar.

Horticulture wing of the development authority has adopted scientific translocation method while taking away the live trees with soil attached to it and the plants were transported during the night hours to ensure better freshness in their body and regular watering was also ensured by the field staff to make the plants and trees survive in their newly adopted surrounding.

According to BDA chief horticulturist Ashok N. Dhar, the translocation process has started near the Master Canteen area since October last and the first phase translocation was completed in December. The second phase of translocation of remaining trees was carried out between April 27 and May 6.

It can be mentioned here that while BDA is translocating trees/plants to ensure their survival, it is also engaged in making people aware on the ill effects of global warming and climate change and motivating people to plant more trees. During the 51st Patha Utsav on yesterday the central theme of the city’s biggest street festival was based on global warming and climate change and how to contain it with more plantation related activities.

Morning walker at Madhusudan Park, Pokhariput, Damodar Mohanty says “though late, the development authority has started this praiseworthy initiative by translocating plants from development site to city parks. It should scale up its capability and start moving bigger trees with large canopy so that they are not felled. ’’

Did you know Bhubaneswar Buzz is only portal covering Odisha to have more than 24,000 followers (consistent) in top 3 Social media platforms i.e. Facebook,Twitter and Instagram