Bhubaneswar Buzz May 13, 2018 Education, Enterpreneurs
Share this on WhatsApp 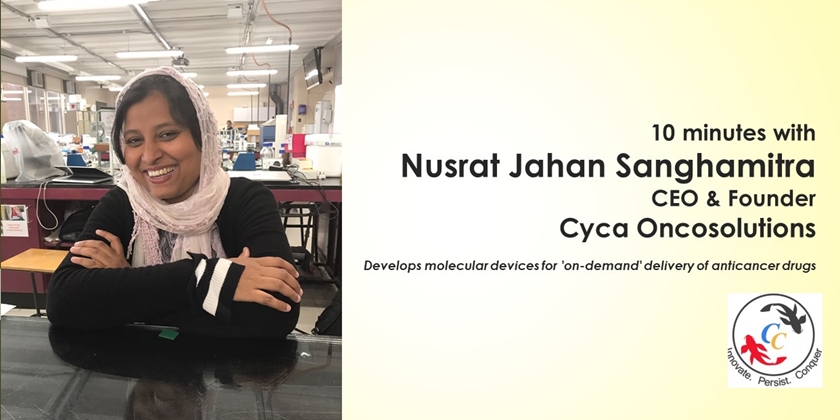 Cancer patients can now expect for an extended lifespan. A Bhubaneswar-based Startup has developed biomolecular nanomachines which can carry anticancer drugs to the affected cells and deliver with precision.

Founder and CEO of CyCa OncoSolutions Dr Nusrat JM Sanghamitra said the efficacy of CyPlatin is tested and proved in laboratory cell model.