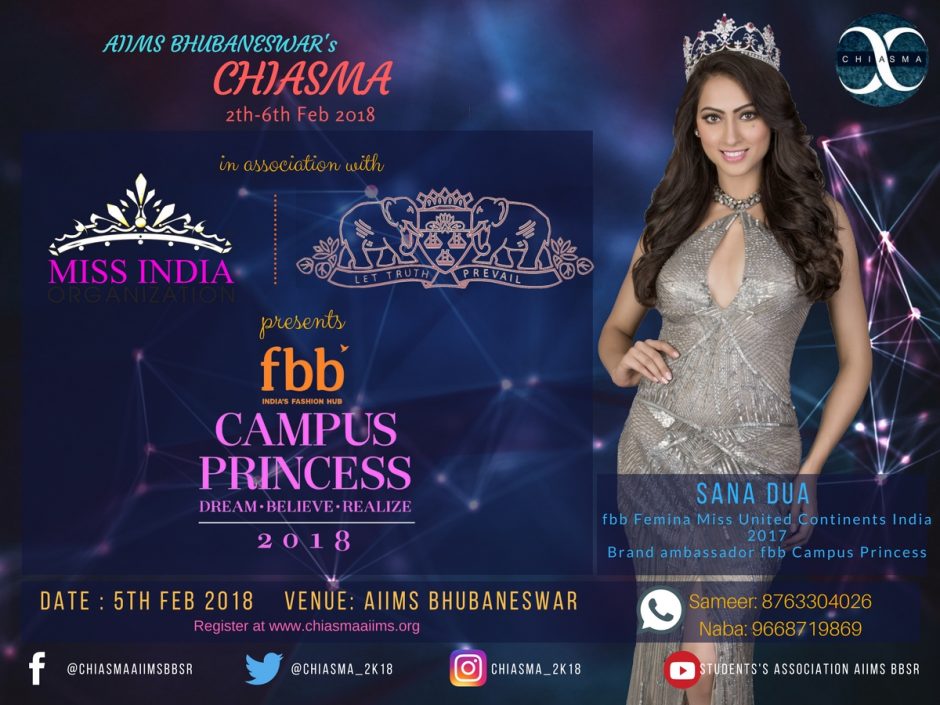 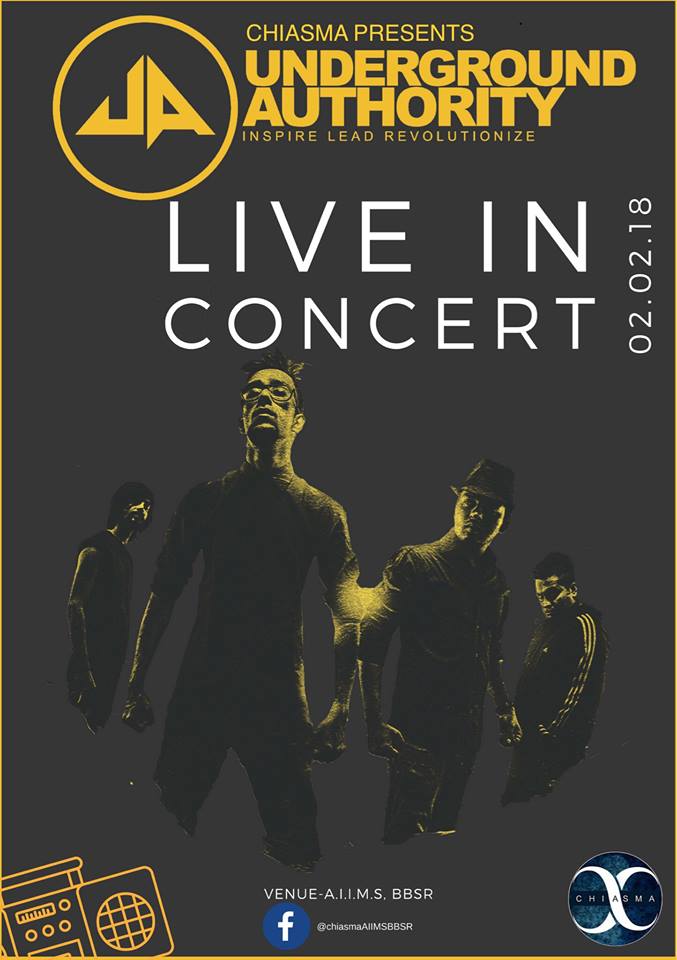 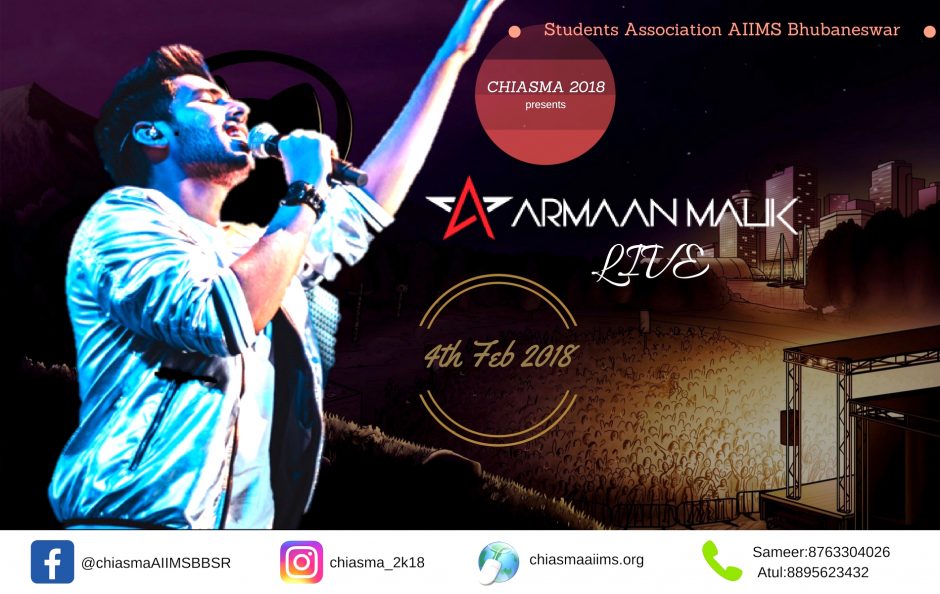 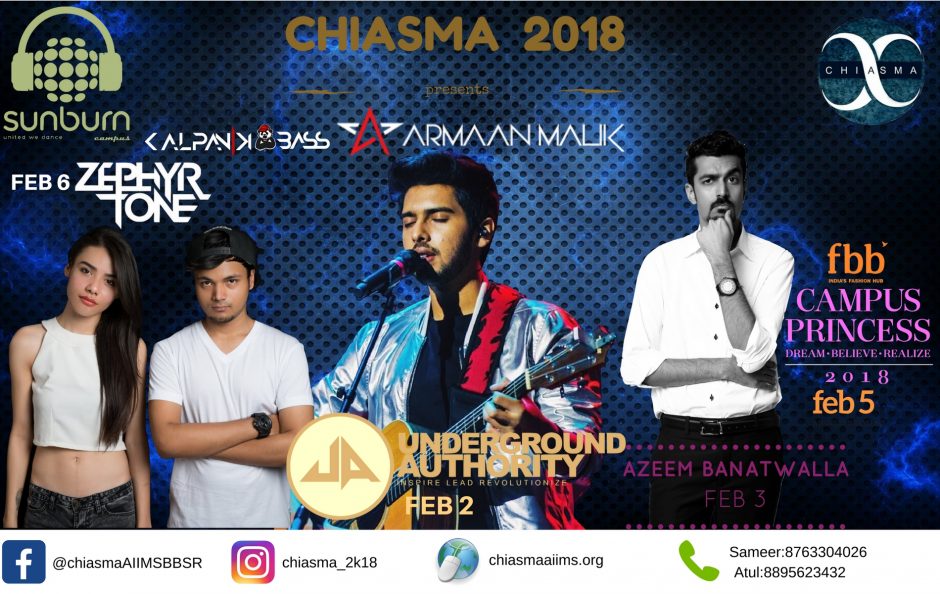 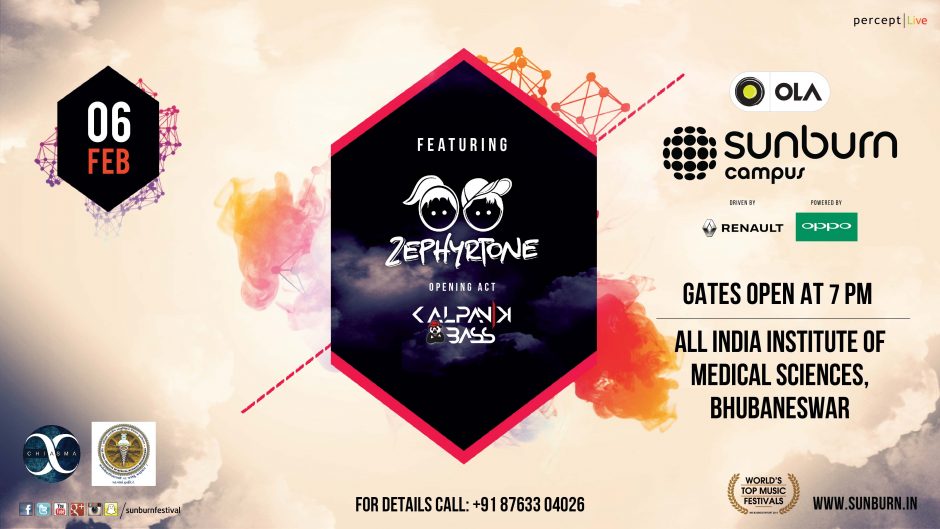 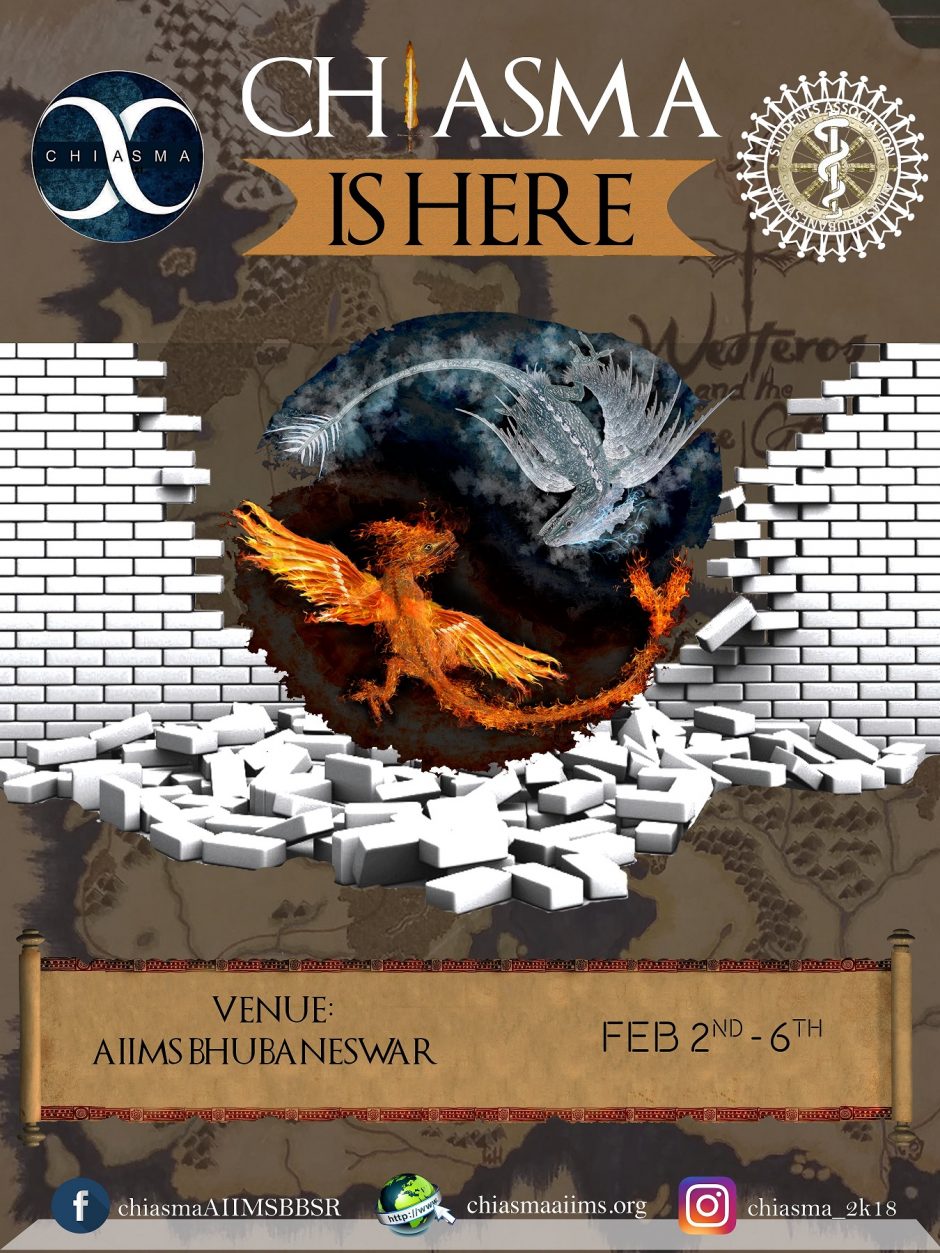 Chiasma, the annual intercollege fest of AIIMS Bhubaneswar, an apex healthcare institute of Eastern India, is a redefinition of the socio cultural scenario of Odisha . Expecting a major footfall from students all over the country, the fest shall have an amalgamation of cultural, sports , literary , quizzing and fine arts events.
With an array of pro nights which promises to take Eastern India by storm, Chiasma will be an more than just another fest. From Campus princess , which shall be a  gateway to miss India, to Sunburn Campus EDM Night, band night by Underground Authority,  comedy night by Azeem Banatwalla of East India comedy fame, and finally the Bollywood night by Arman Malik, the fest necissitates considerable excitement. Added to this, there is a generous sprinkling of Odisha’s splendour in the form of a sand art workshop and competition by renowned sand artist , Mr Sudarshan Patnaik. The fest will also host  SPIC MACAY, known all over India  for it’s work on uplifting the beautiful culture of India. To say the least, CHIASMA shall define what it means to be a part of India ‘s vibrant youth.
The fest will be themed around the popular series, Game of Thrones, which captured everyone’s attention by giving a new meaning to the fantasy genre. With themed events and competitions, CHIASMA seeks to bring out the talents and creativity of the participants in a unique way.
So , this February, let the city of temples make you go – holy s***!!