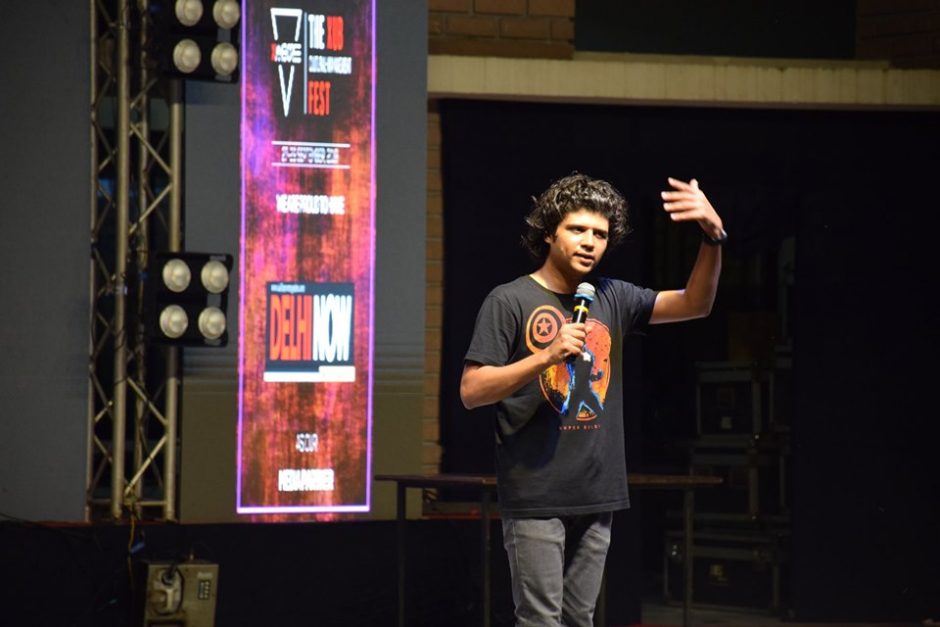 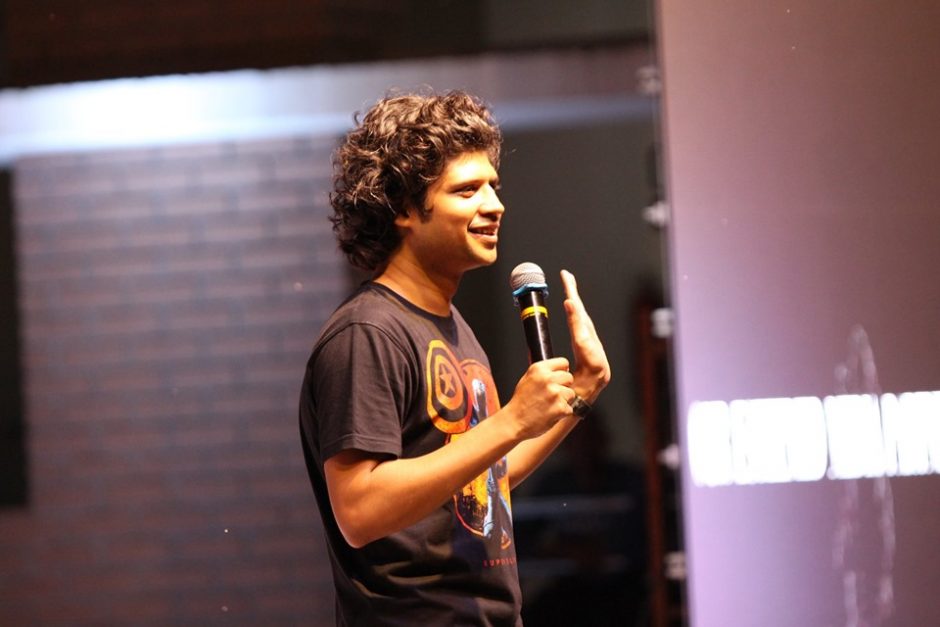 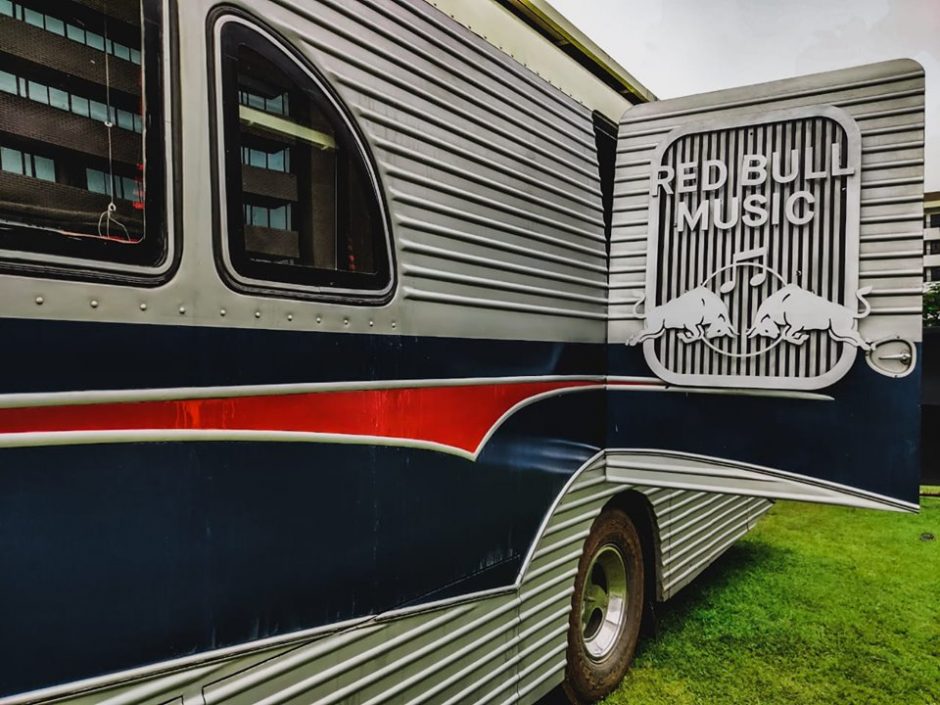 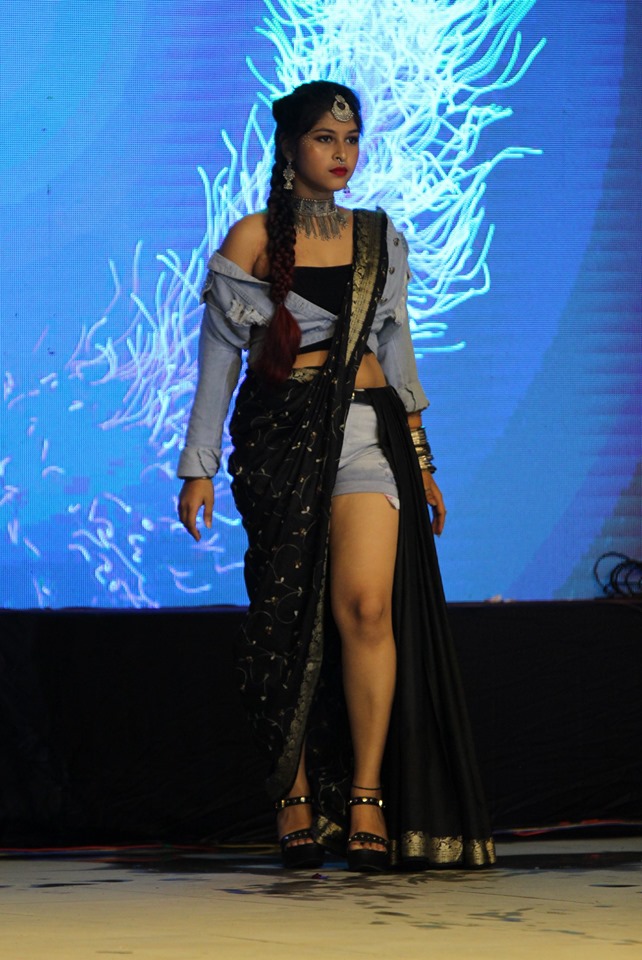 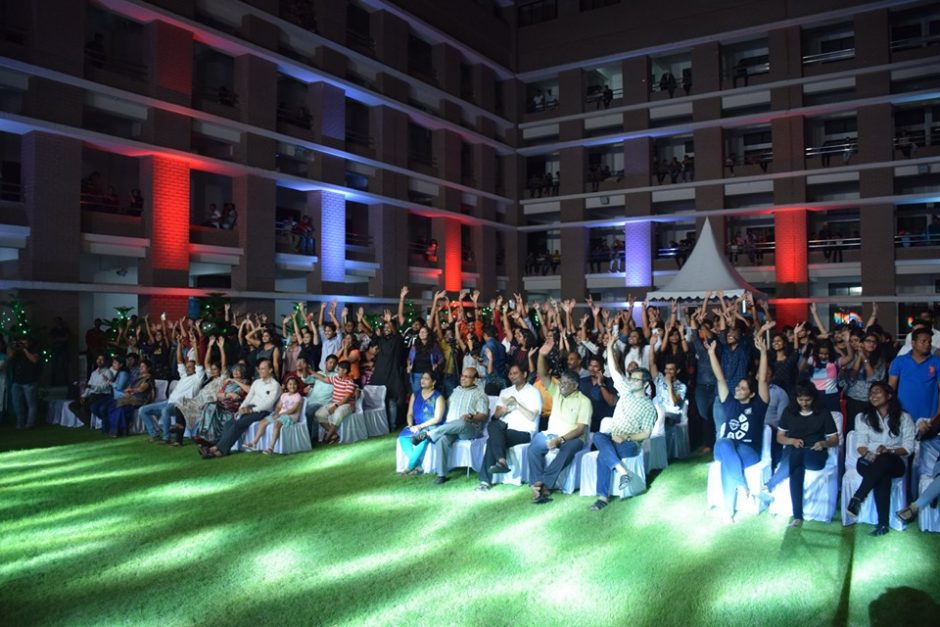 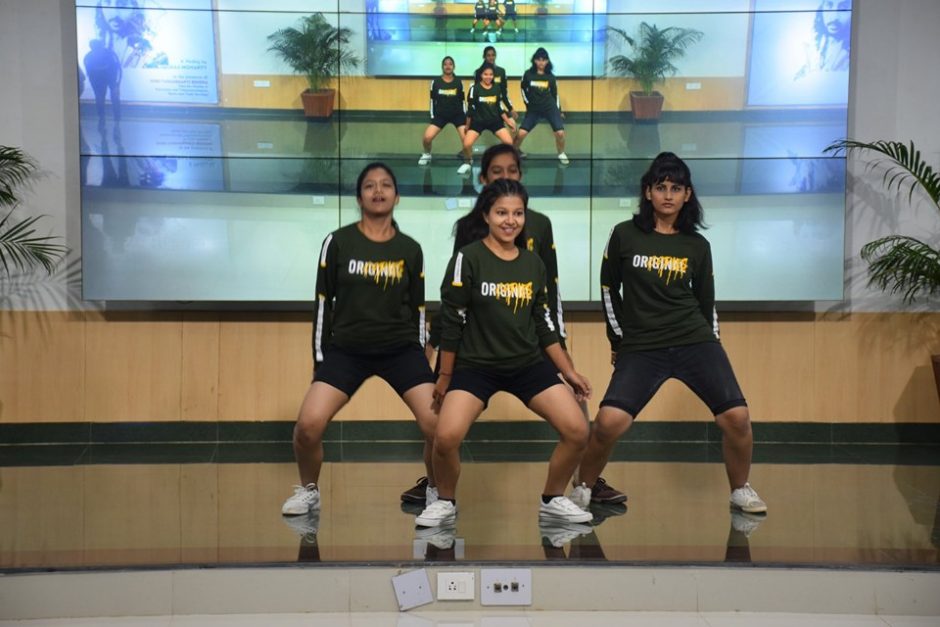 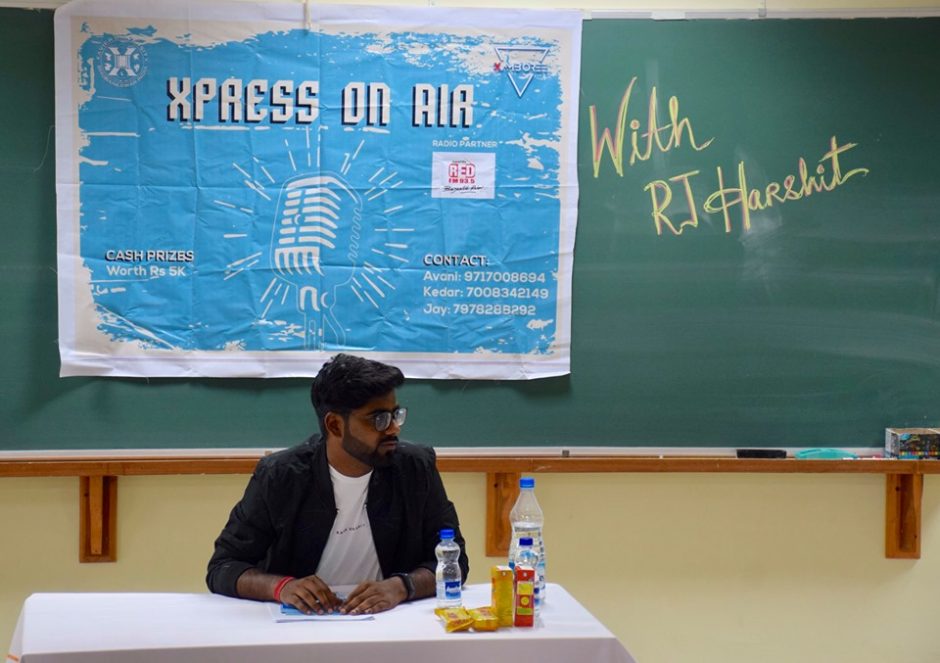 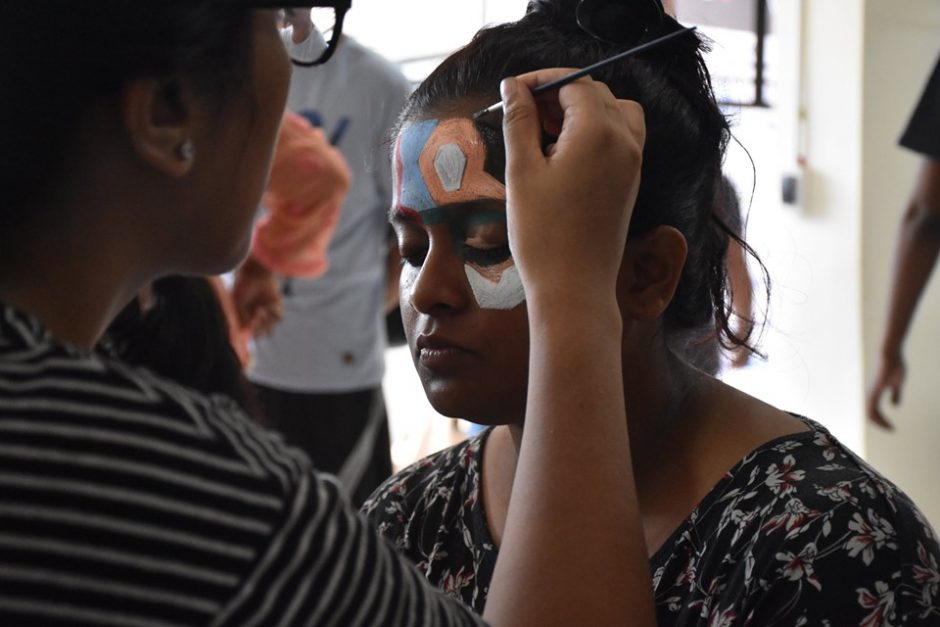 The second day of Xamboree’19– the annual Cultural-Management Fest of Xavier University, Bhubaneswar (XUB) continued with the same energy and enthusiasm, witnessing an array of events from business to stage.

The day began with Speak Up continuing its flagship event Model United Nations with the council “United Nations Climate Summit”. The delegates went ahead to draft resolutions by discussing the loopholes in the existing frameworks and associating the 17 Sustainable Developing Goals to the agenda, “Mitigating the Effects of Climate Change”. Mr. Sriyansh Mohanty, International Press Chief commented, “It was a good experience at XUB MUN 2019. I believe in the specialization of articles and stress highly on the quality of the articles. The organizing committee was helpful and the hospitality provided was splendid”.

Continuing with the events, X-Lens, The Photography Committee of XUB organized Shrishti and Expressions, wherein the participants were given an opportunity to showcase their creativity, filming, and editing skills, and photography skills respectively. “Nazdikiya” by Birdline Pictures and “On the Fringe” by Nikita Bailarsingh emerged as the winners of Shrishti and Ayushi Sarangi and Chandan Chowdhary from XUB got the first prize for Expressions.

Spicmacay XUB Chapter organized an interesting event, Anukriti, a face painting competition that saw participants at their creative best. The judge for the event was Mr. Sudhanshu Deo, (Director/Principal, JBC Animation Academy). Mr. Jatee Prakash Das, the co-ordinator of Spicmacay exclaimed, “We are happy to see so many participants showcasing their creativity and enthusiasm!” Diasha Munian from Xavier School of Economics and Ayushi Dwivedi from Xavier School of Sustainability were declared as the winners of the event.

Qureka, the general quiz organized by XQuizzite XUB, consisted of 6 rounds wherein participants were asked tricky questions to test their general awareness. The Quizmaster for the day was Mr. Simanta Mohanty (Assistant Professor, School of Government & Public Affairs). One of the organizers from Team XQuizzite, Mr. Sudhanshu Sekhar Baral said, “It was overwhelming to see 43 teams from diverse fields participating in the event”. Ritwik Tripathy, Toyada Pattanaik and Ranjan Anil Kumar from Silicon Institute of Technology and AIIMS, BBSR, emerged as the winners for the competition.

IlluminatiX – Media & PR Cell, XUB organized Xpress On Air- an RJ Talent Hunt in association with RED FM 93.5, which gave an opportunity to participants from around the city, to be the voice that drives the reigns of change and be the sound that represents their own university. The participants were judged by RJ Harshit from RED FM 93.5. Ankriti Pal from RD Women’s University won the first prize for the event. RJ Harshit expressed his joy stating, “I’ve spent a splendid Saturday afternoon in XUB, which made me witness loads of talented people. I thank the IlluminatiX team for their hospitality”.

Footloose, the dance competition organized by X-Stage XUB and judged by Fullstop Crew, saw various groups perform to different beats. The winner of the competition was Team SRDA from the College of Engineering and Technology, Bhubaneswar. Fullstop crew shared their experience by saying, “The talent which we witnessed was great and unique, we are overwhelmed by the hospitality and the kind of experience we got from this event”.

The Social Responsibility Cell of XUB organized a CSR Action Plan Competition, Samriddhi, which provided a platform for the participants to plan executable solutions to overcome the issues of contemporary society. Team Reject 2.0 from St. Xavier’s College, Kolkata was the winner of the competition. Participant Gaurav Das quoted, “It was a thought-provoking competition that enabled us to look at socio-economic problems that usually get ignored in the normal course of life“. The handicrafts stall, set up by Team SRC in association with Anwesha NGO continued its successful run on the second day as well.

The gaming committees of XUB, Gladiator, Chakravyuh, and Skill City organized various business simulation events which tested the participants’ decision-making skills, business knowledge, and general awareness. Team Hornets were the winners of the event Chakravyuh and Team Soch emerged as the winners for Skill City. The results for the competition Gladiator are yet to be declared. Mr. Nitish Kumar, one of the organizers of Chakravyuh quoted, “The competition was designed to test the skills of the participants in a situation-based business environment and we are happy with the enthusiasm shown by the participants.”

X-Box Cricket organized by SportsCom, XUB continued with the same energy on day two as well, with teams competing against each other in the knockout tournament, and striving hard to reach the finals.

X-Stage XUB organized Runway Roll, one of the most glamorous events of Xamboree which brought all the fashion enthusiasts together. There were some unique performances that stood out and among them Team Kzarshin from KIIT University bagged the first position.

The second day of Xamboree concluded with the much awaited event Comedy Night with Rahul Subramanian, with an opening act by Chain Jokers. Rahul, with his meticulously crafted act related to B-school life by recalling his MBA life, made the audience roar with laughter and shake their heads in amazement.