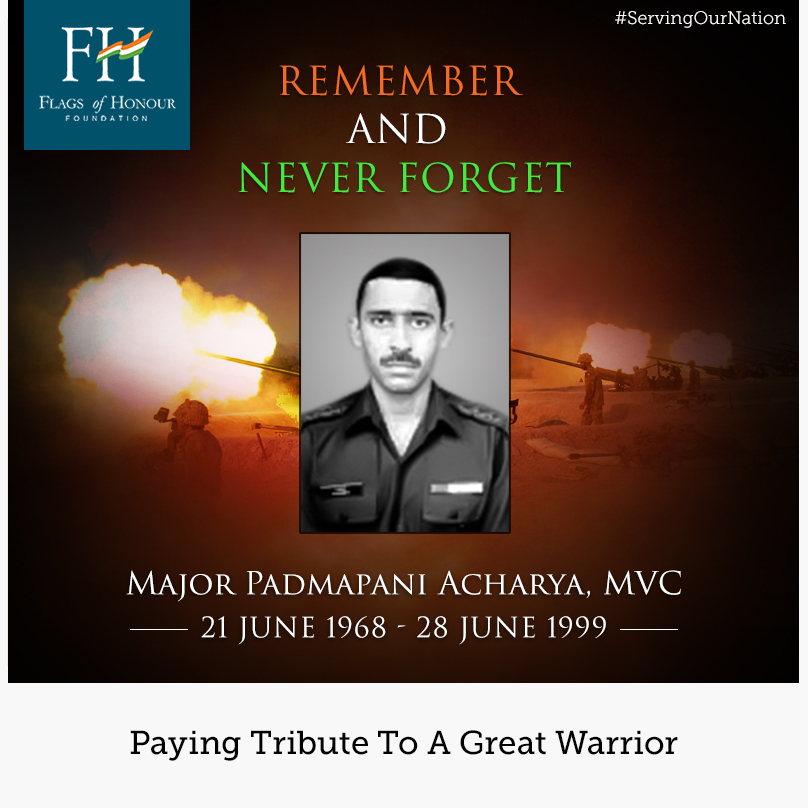 Kargil Vijay Diwas ceremony will be observed today at the National War Memorial, Southern Command. It was on this day in 1999 that the Indian Armed Forces, as part of Operation Vijay, recaptured Indian posts in Kargil which had been occupied by Pakistan’s army. Since then, this day has been observed annually to commemorate the sacrifices made by soldiers in this war.

Major Padmapani Acharya  was an officer in the Indian Army. He was awarded the Indian military honour, Maha Vir Chakra posthumously for his actions during the Kargil War on 28 June 1999. Maj. Acharya was originally from Odisha and was a resident of Hyderabad, Andhra Pradesh. Acharya, was married to Charulatha, Acharya’s father, Jagannath Acharya,  a retired wing commander of the Indian Air Force, during 1965 and 1971 wars with Pakistan.

The courageous Major Padmapani Acharya was attached to the Rajputana Rifles, which had the task of capturing Lone Hill. It was at an altitude of 5,000 metres, and the enemy was positioned on the hill top, showering bullets.

Unmindful of the hail of the danger, he led his troops in conquering the peak. But Major Acharya succumbed to grenade injuries sustained on his neck and chest. He was posthumously awarded the Maha Vir Chakra.